Best 11 Anime Fan Artists That You Should Follow in 2020 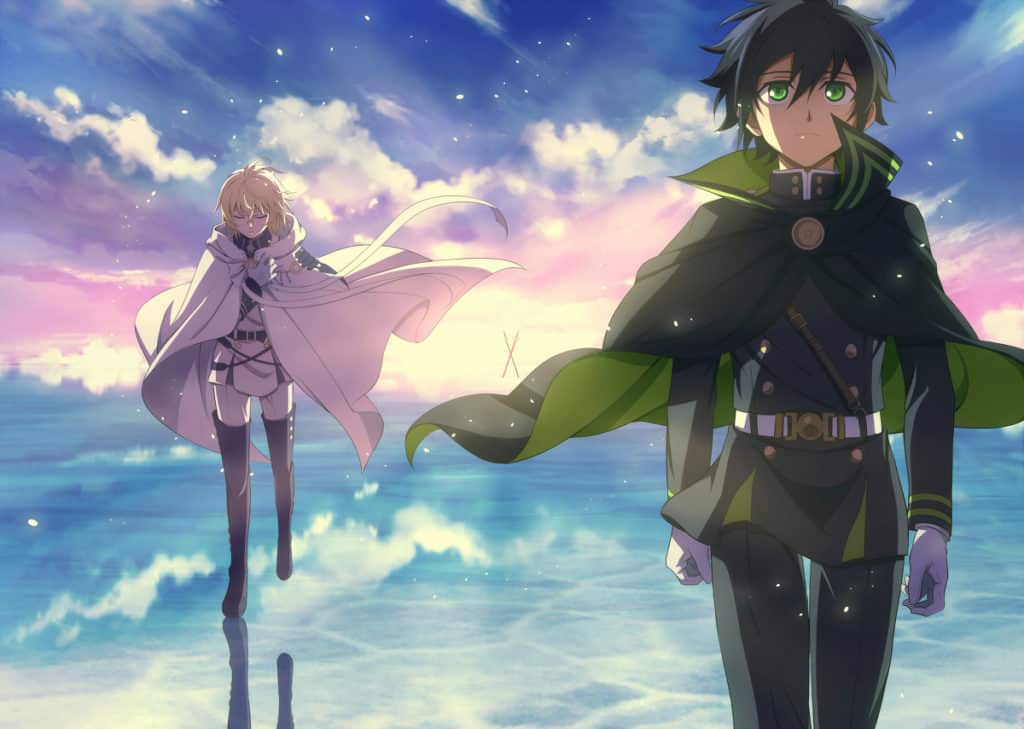 Looking for an artist to ask for commission work or just to appreciate some fantastic anime art?

Well, that’s great! Though I’m sure you’ve encountered one problem: There are so many good digital artists online.

If you’re wondering where you can hire a digital artist online, you can visit websites like Pixiv, Twitter, Instagram, ArtStation, DeviantArt, Fiverr, Dribble, Behance, etc. to find tons of good artists. But how do you find the best?

Don’t worry, I got you. I’ll show in this article the best manga/anime artist that you need to follow.

Beforehand, I want to clarify that this list isn’t in any specific order. 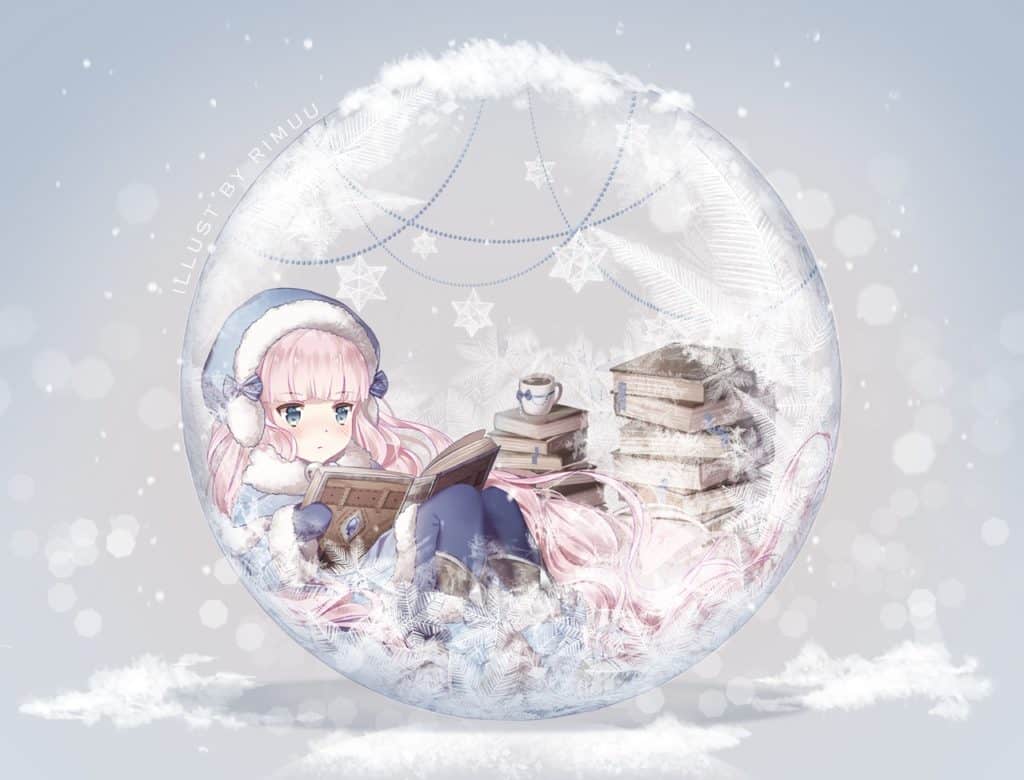 Rimuu is an artist based in Argentina, drawing a wide variety of both fanart and original characters.

Rimuu is mostly known for female characters, especially those in the Fate series as well as Kimetsu no Yaiba, however, the male characters are equally as good! 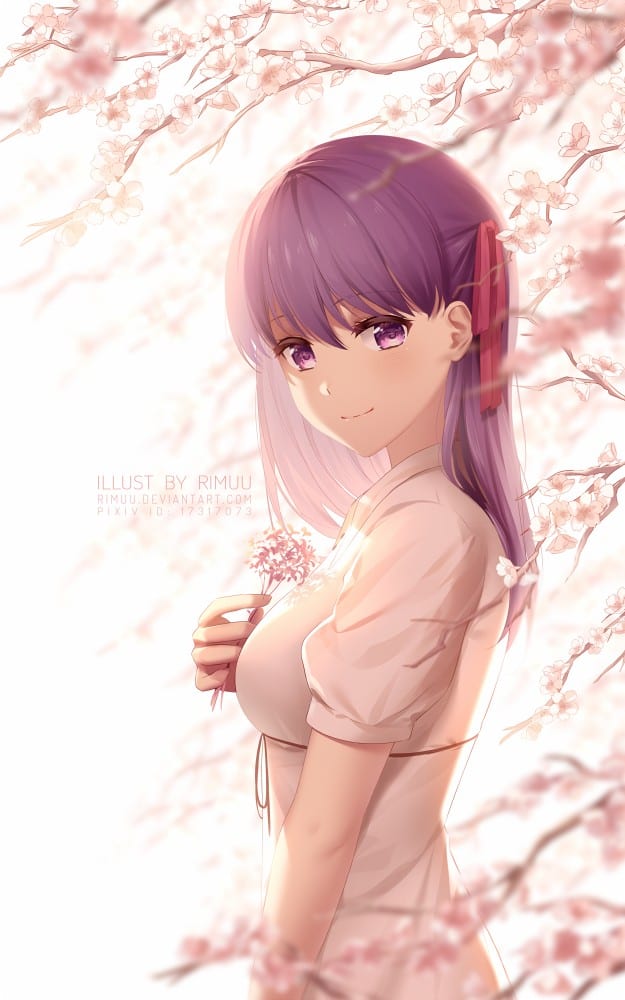 The artist draws a tasteful line between soft and some slightly spicier works.

If you are a fan of cute girls or rugged men, I highly recommend checking him out! 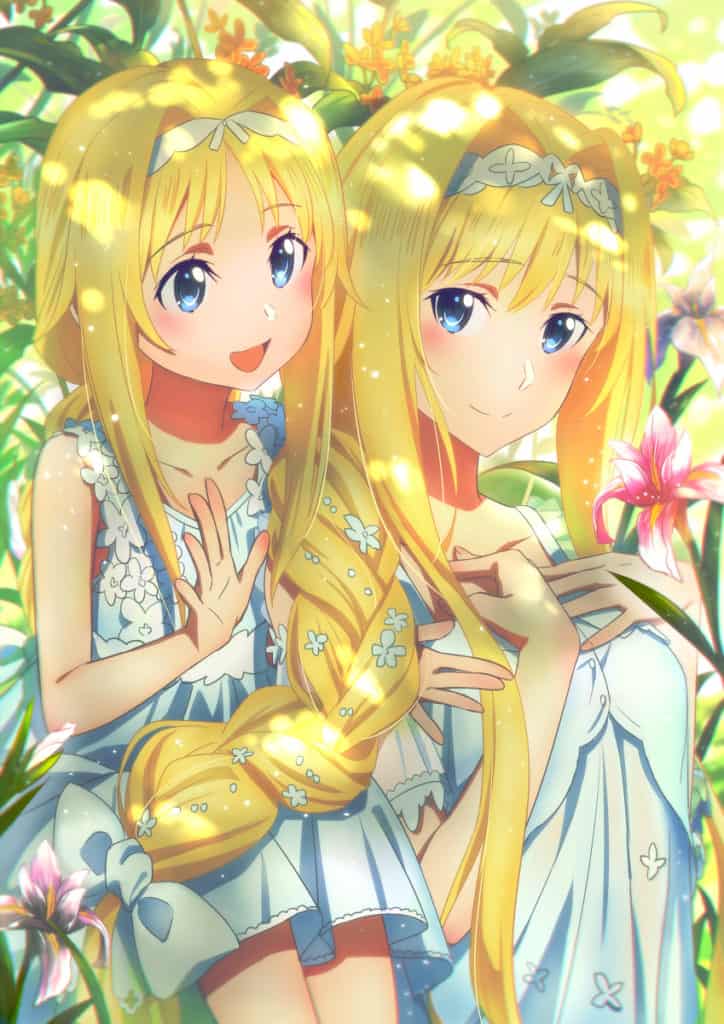 The majority of FCC’s art is focused on Sword Art Online, Owari No Seraph, and Evangelion.

FCC captures the look of the shows really well, and it often looks like it could be official art from the series! 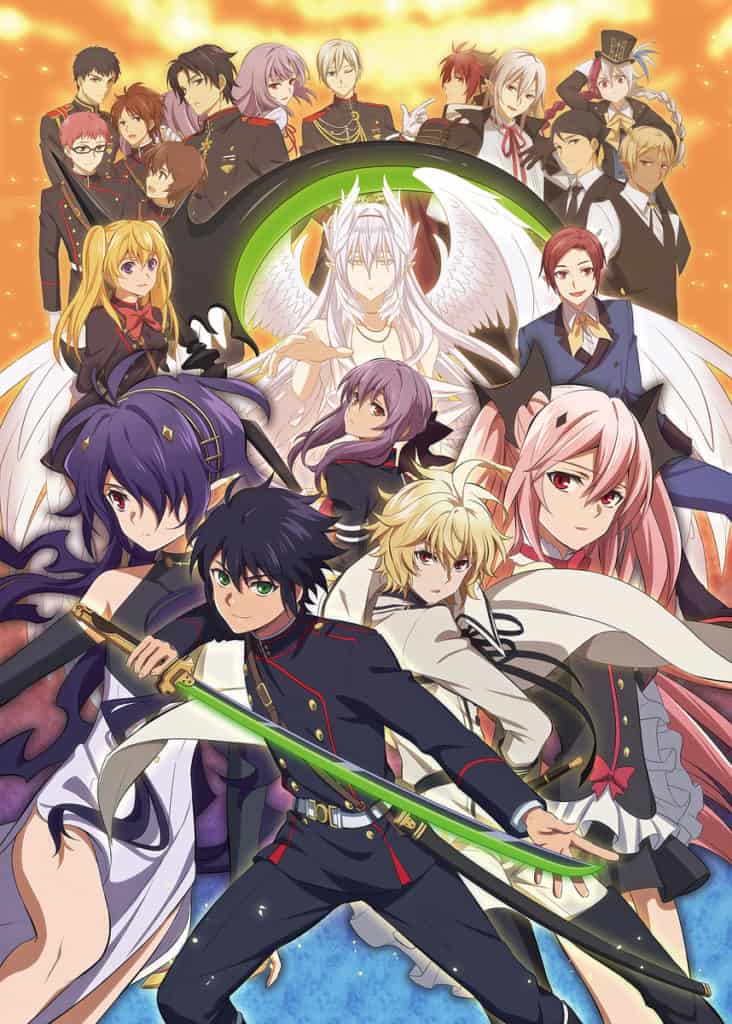 FCC’s style is one that matches the respective series well, and so can often be hard to distinguish his work from the real thing. For those looking for anime-accurate art with little embellishment, FCC has you covered! 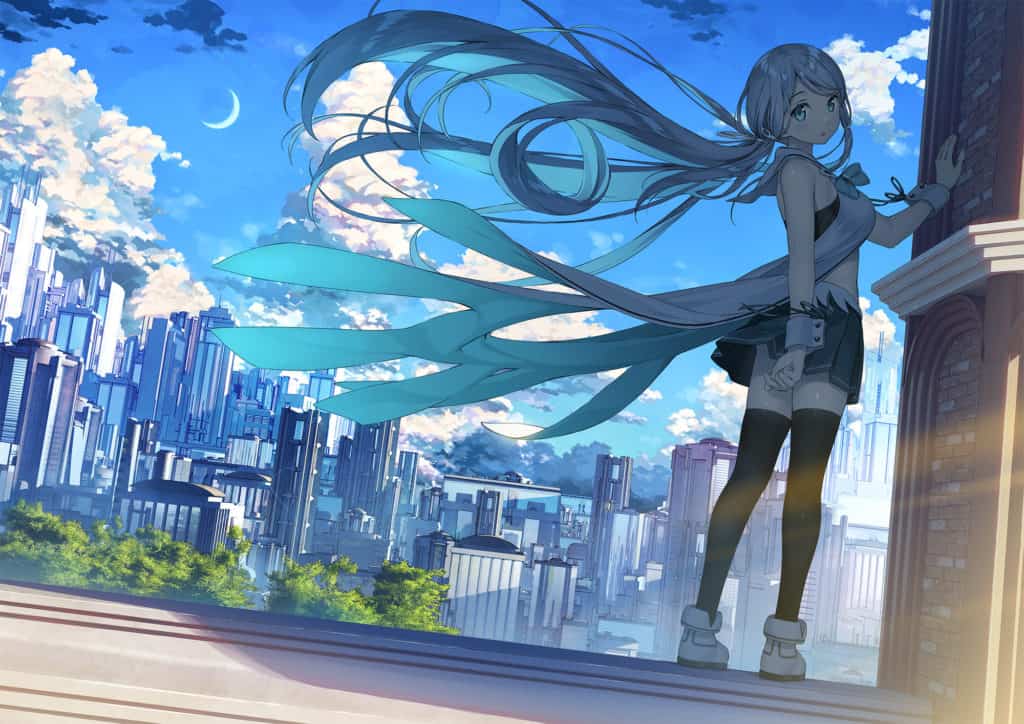 With Kantoku, we again step into something a little different. They are a well-established artist with a focus on original character illustrations. Aside from the net, you can see some of the work in VNs as well as various other anime-related projects. Kantoku’s work has a wide variety of appeals from the lovers of “spicy” artwork to those with beautiful scenery. 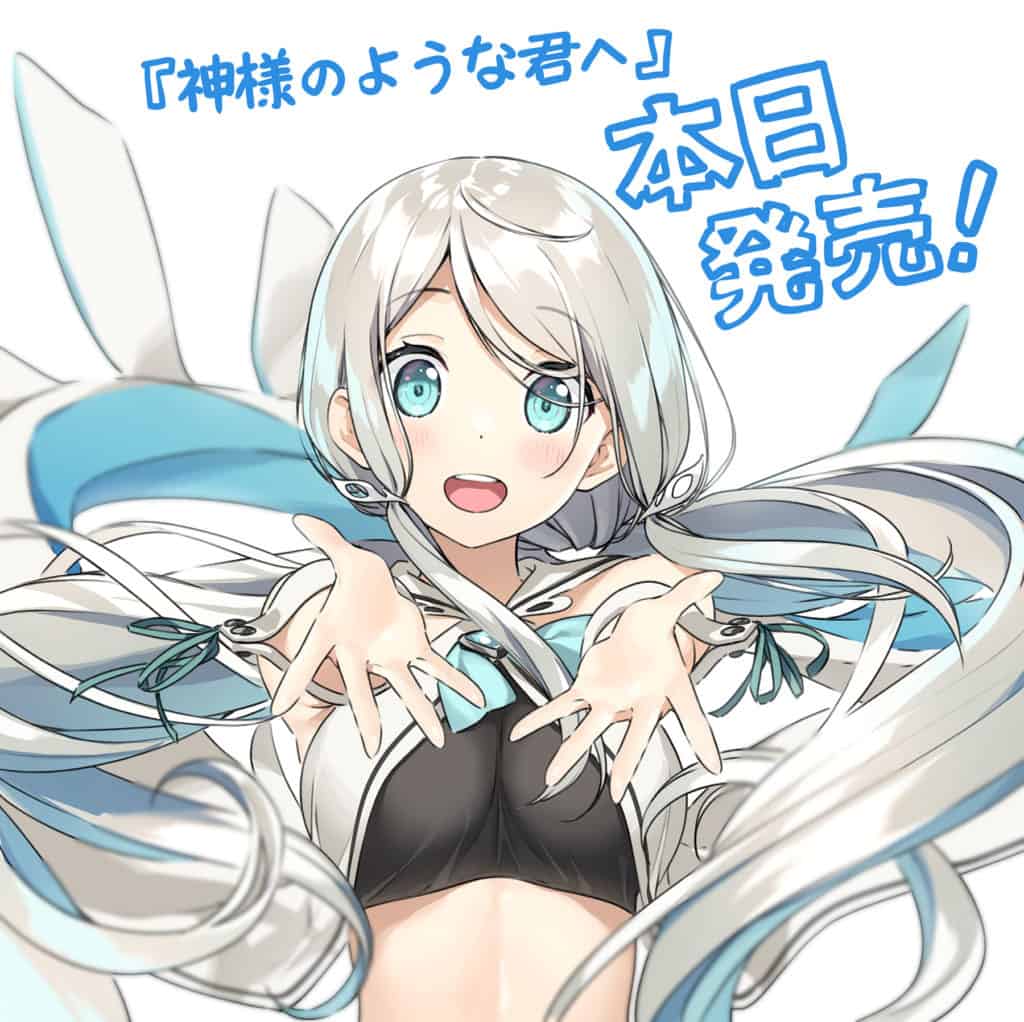 Of all our featured artists so far, Kantoku is by far the most NSFW (Not Safe For Work). Still, the artwork, however, is often still tasteful and more suggestive than outright explicit. Again, I have to mention the backdrops and “life” that Kantoku breathes into his work. Kantoku’s characters feel almost alive. 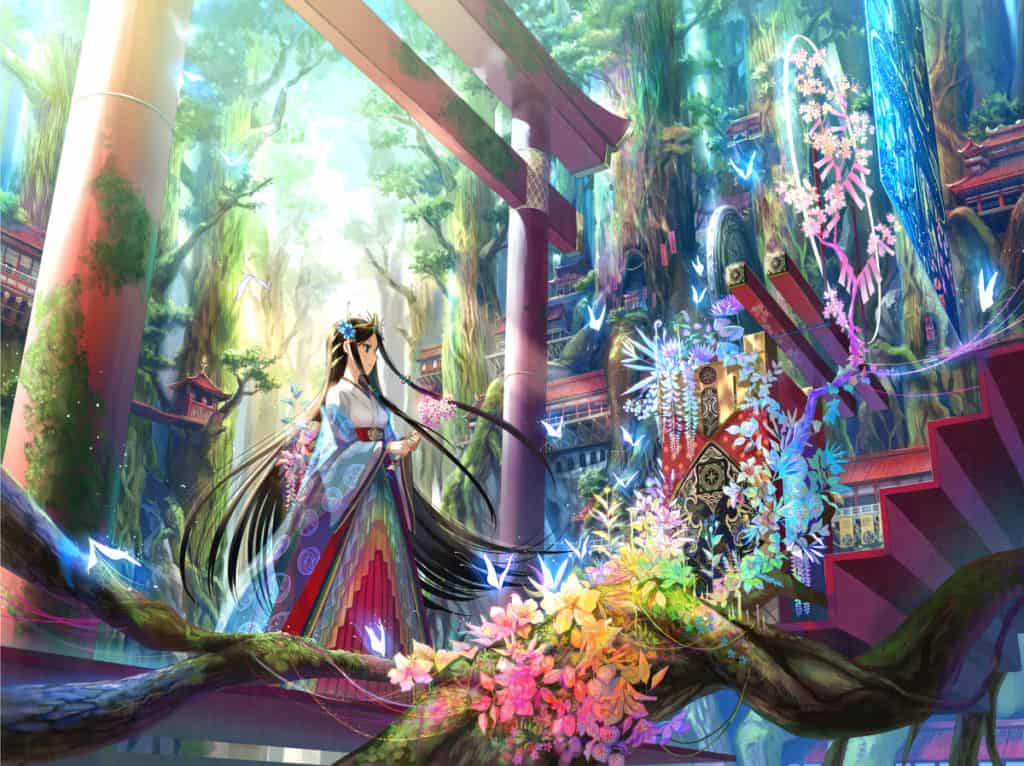 Another Japanese artist, Fuzichoco uses a wide variety of colors and creates some of the most stunning environment designs I have seen from an artist.

Absolutely eye-catching and breathtaking this artist focuses more on multi-character scenes rather than individual portraits. 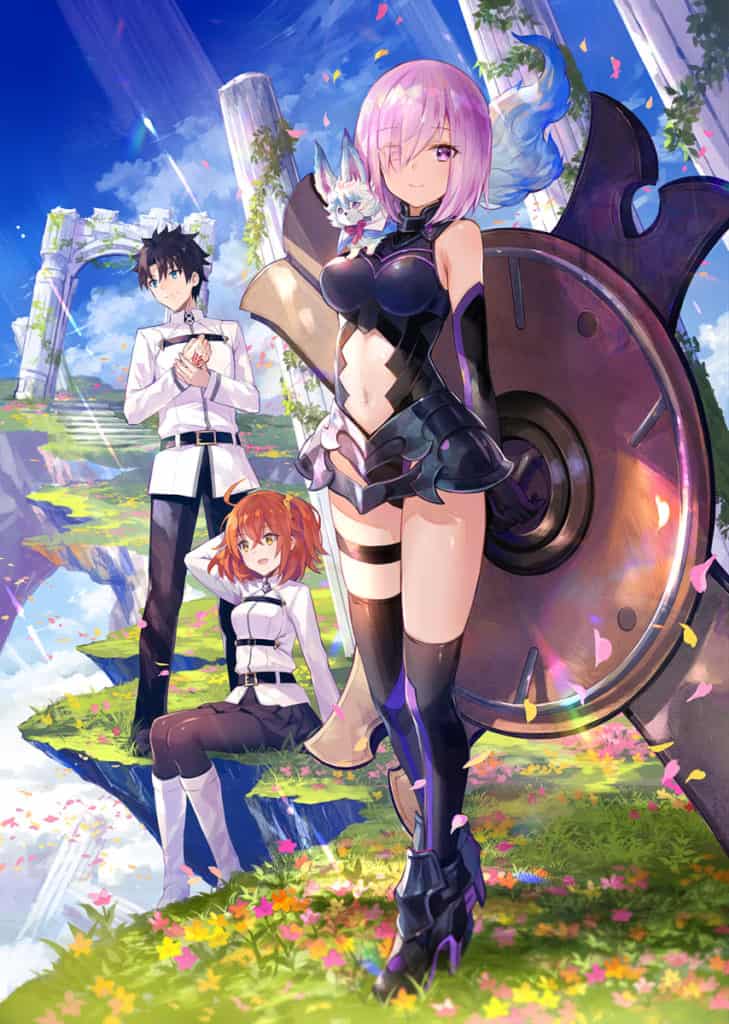 Their work covers Cardfight Vanguard to Tokyo Ghoul, each with amazing detail and dynamic action. It is hard to look past the level of detail and color put into their art and each piece is unique! 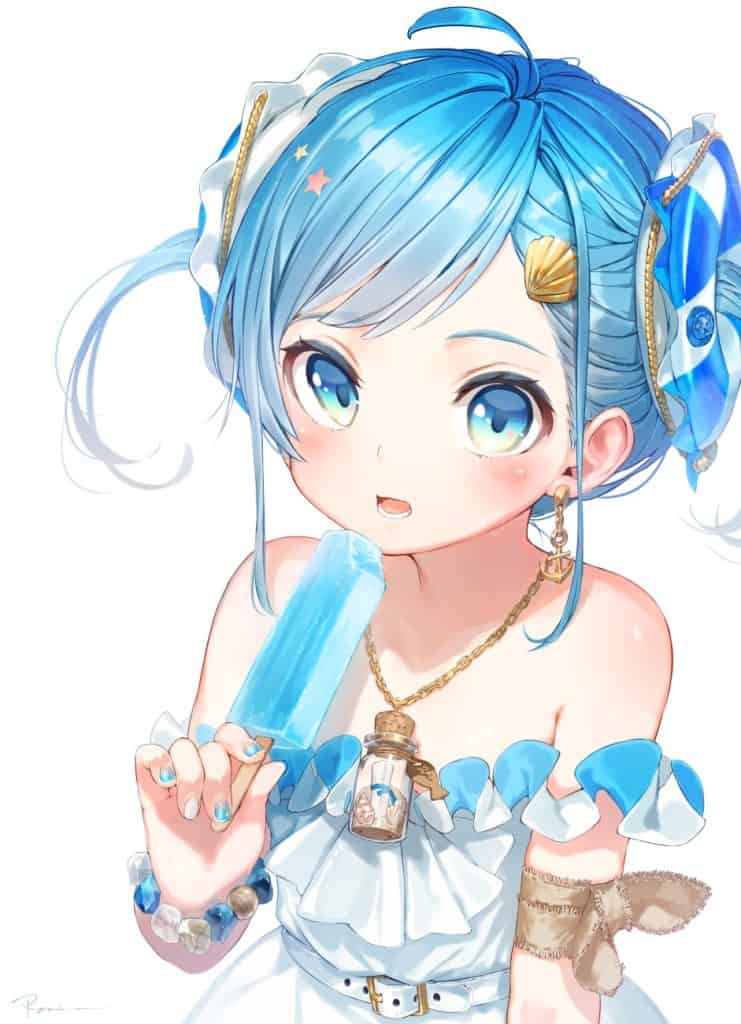 Ryota is a Japanese artist whose art mostly focuses on series such as Boku No Hero Academia, Digimon, Sakura, amongst others.

Their style is the softest of those we have covered so far and, I like the particular style that is used when drawing anime faces. For example, look at this Digimon art. 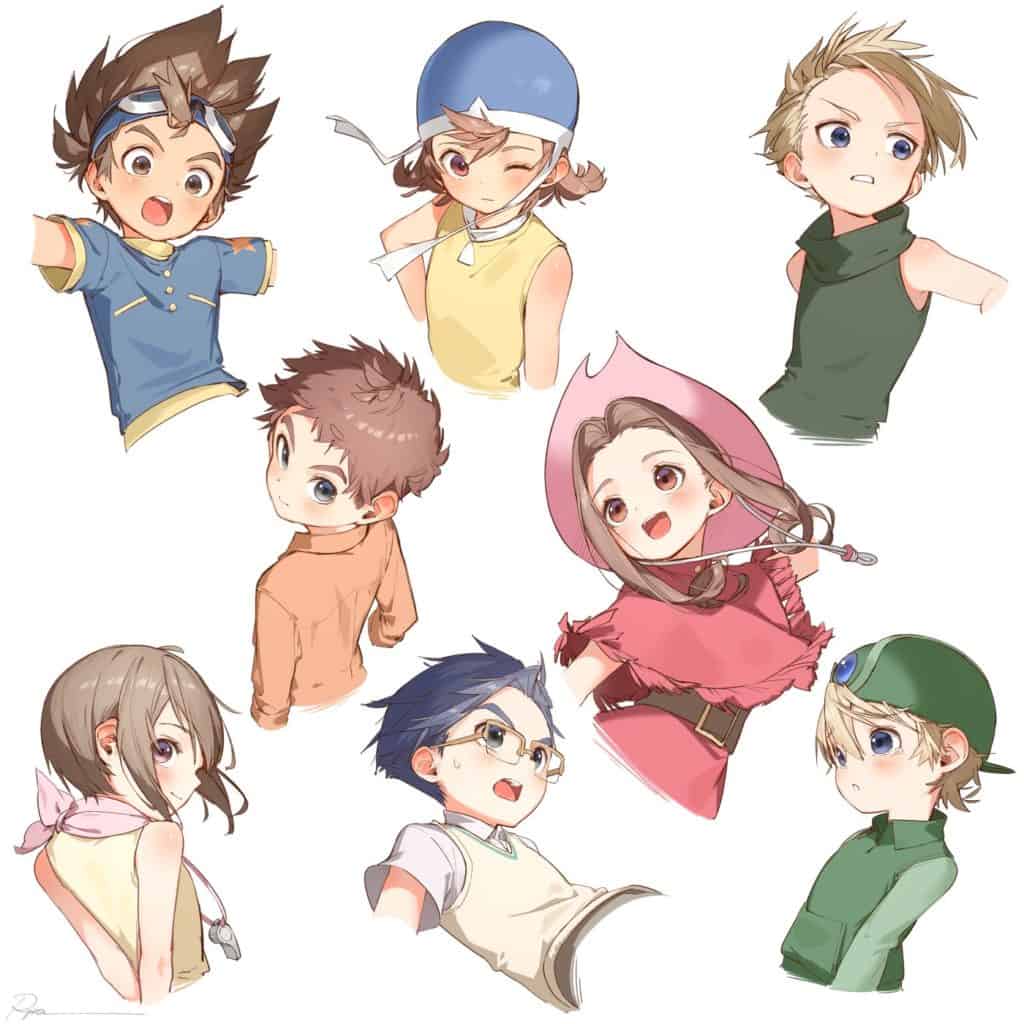 Their style manages to capture the innocence of the characters in questions while being visually appealing. If you are after a look of pure innocence, then you can’t go wrong with Ryota! 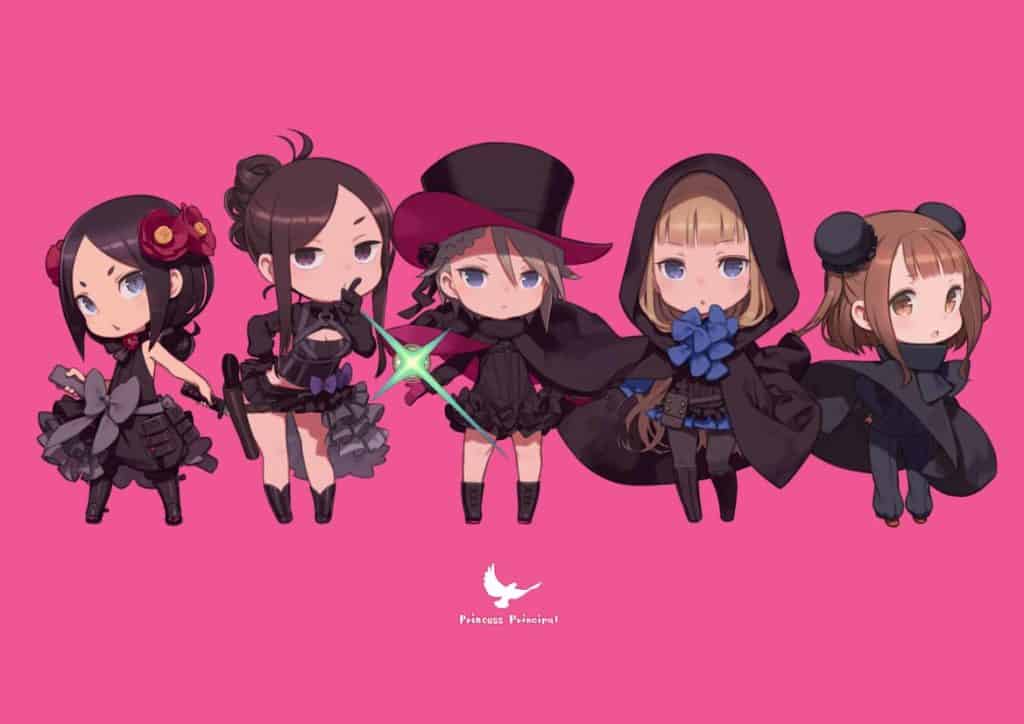 Kuroboshi is an interesting one! Their regular art is very chibi, lots of round shapes and very cute!

However, they are equally as capable of busting out full-sized characters with a vastly different look! Whether you want cute chibis, pouty maids or badass scarred dudes, Kuroboshi has you covered. 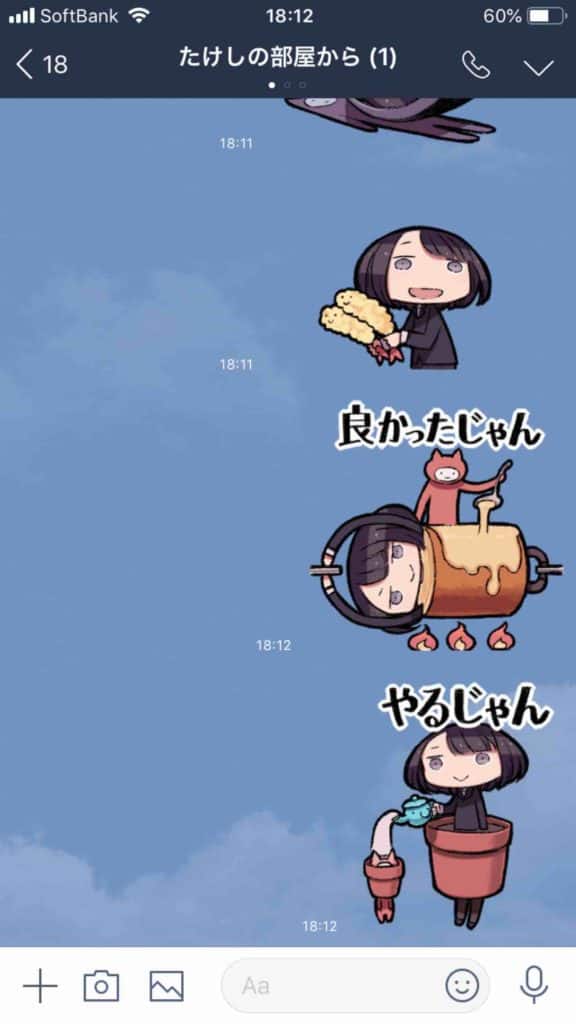 Along with traditional art, they also have some absolutely amazing Line stickers for sale!

Take a step away from the generic or played out basic stickers and pick yourself up some more unique ones such as those above!

Are you a lover of delightfully sweet girls? Especially the twin beauties Rem and Ram?

Then Ayumi has you covered! Bright colors and cute girls galore are the aesthetic with this artist. Bright colors, expressive eyes and incredible detail. Ayumi’s art is sure to get your heart racing. 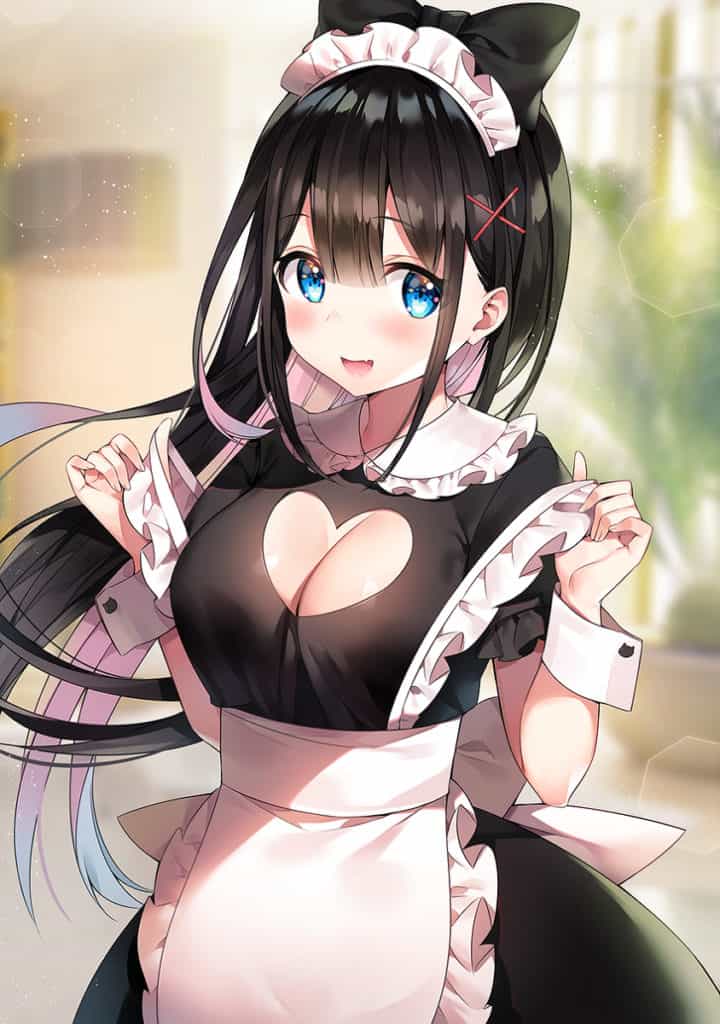 Want something on the spicier side? Ayumi has you covered there too! NSFW of your favorite cute girls will keep you occupied for a while! 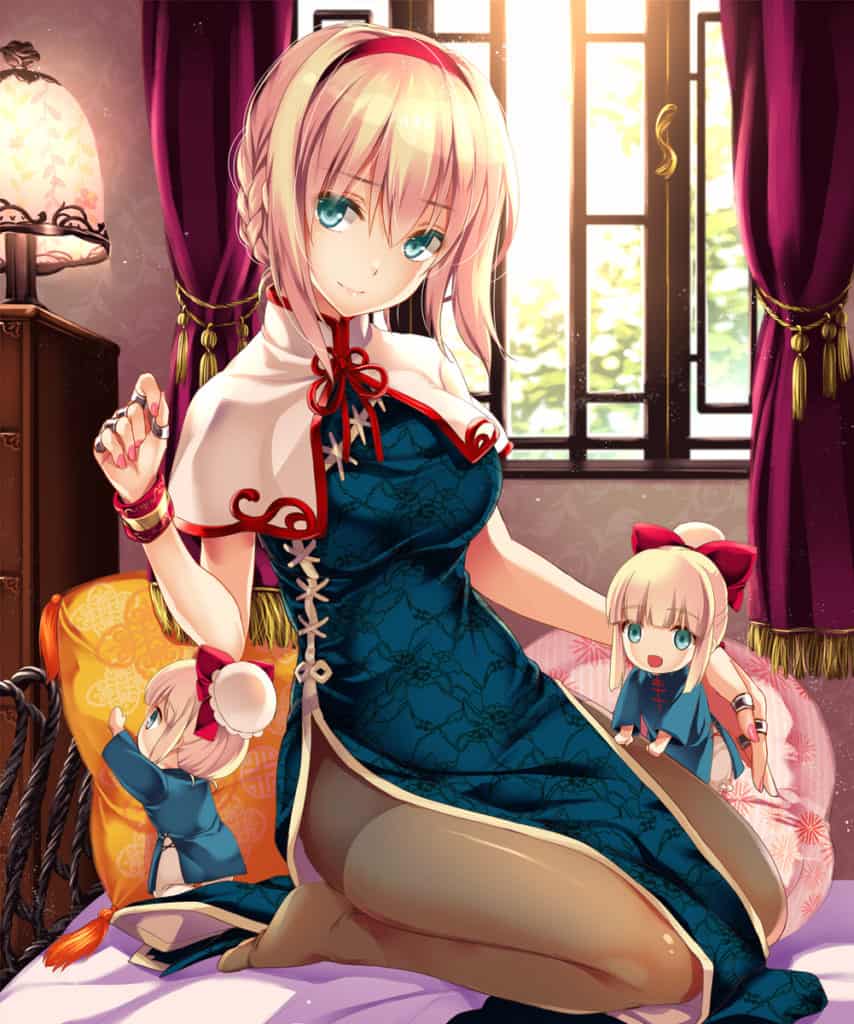 Our next artist is more focused on VN and Touhou characters. A whimsical and cute style, Monety is another artist with some incredible backgrounds and scenery that are just breathtaking.

Whether it’s a fox-eared cutie or a maid throwing knives, Monety’s style is the epitome of cute. 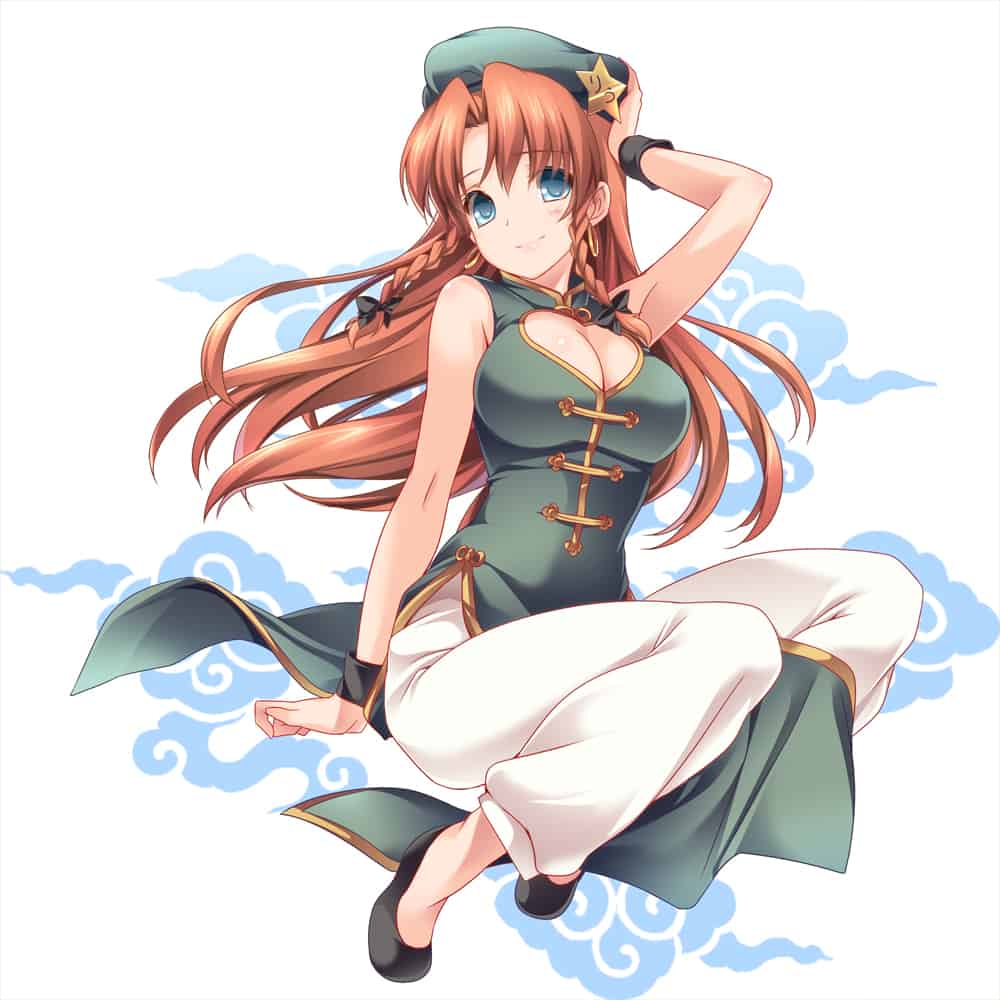 On the flip side, they also have their fair share of lewd and spicy art. Monety is actually a little more explicit with their NSFW than some of the previous artists I’ve mentioned.

Their lewder works tend to be of the more buxom characters. Whether you are wanting Daki art or pairings, Monety has you covered! 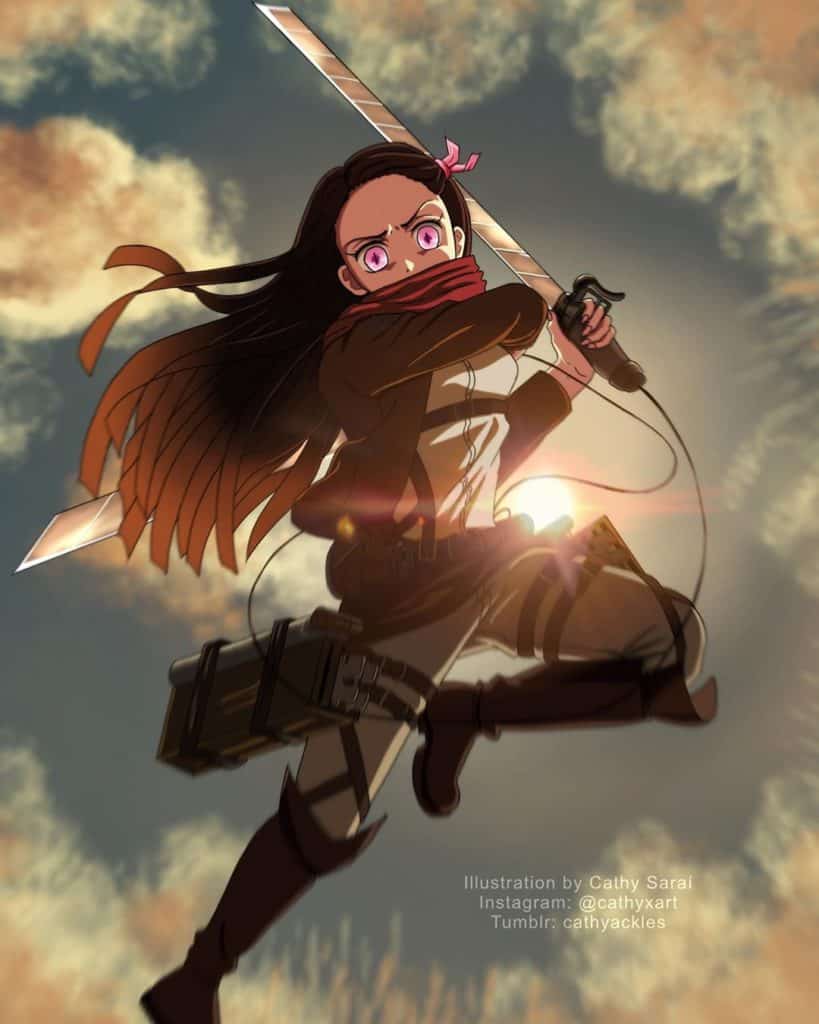 Their art may have a simpler style to it, but that simple aesthetic is what makes it attractive. 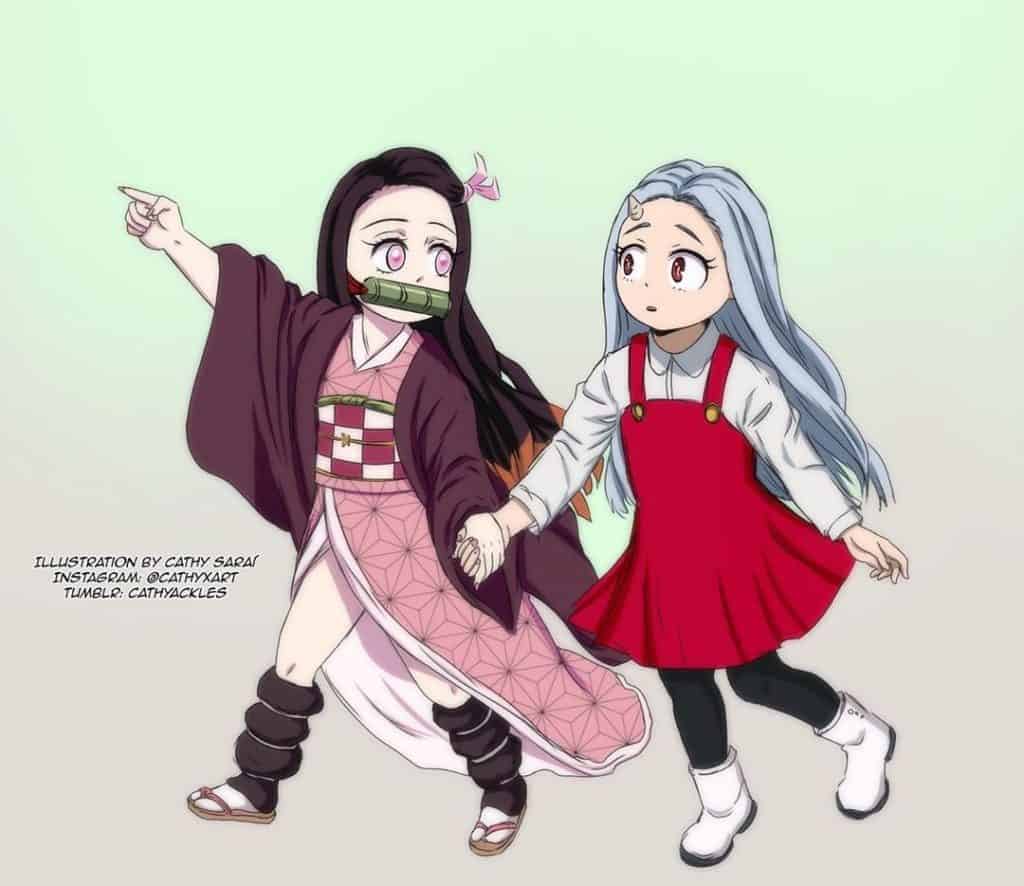 Pure and simple, their art is soft and heartwarming while still able to create a moment of action-packed “wow!”.

Many people love crossover art, so check out Cathyxart for some great examples and maybe think about getting a commission from her of your favorites! 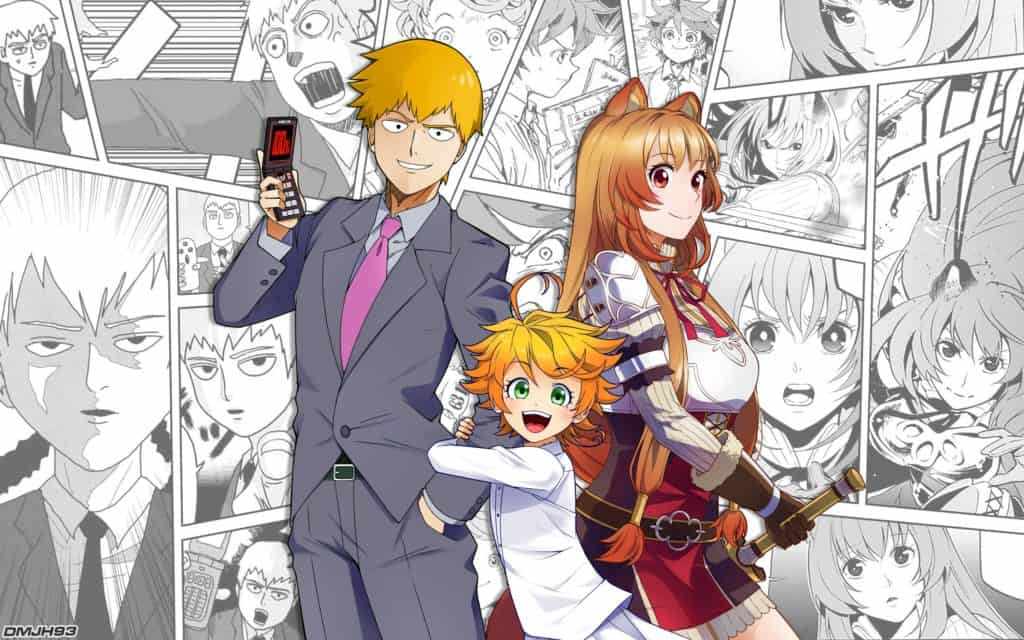 Jeremy is a little different from those I’ve mentioned up until now. He has mostly focused on game art such as Fire Emblem and Pokémon, he’s also doing the in-game models for Pokémon Academy Life, a fan-made visual novel.

In recent months, he has been posting “now vs then” art improvements, and his style has continued to improve drastically over the years he has been active.

As far as anime art goes, he has done crossover art such as Sailor Moon/Persona 5 or Mob Psycho/Shield Hero/Promised Neverland. 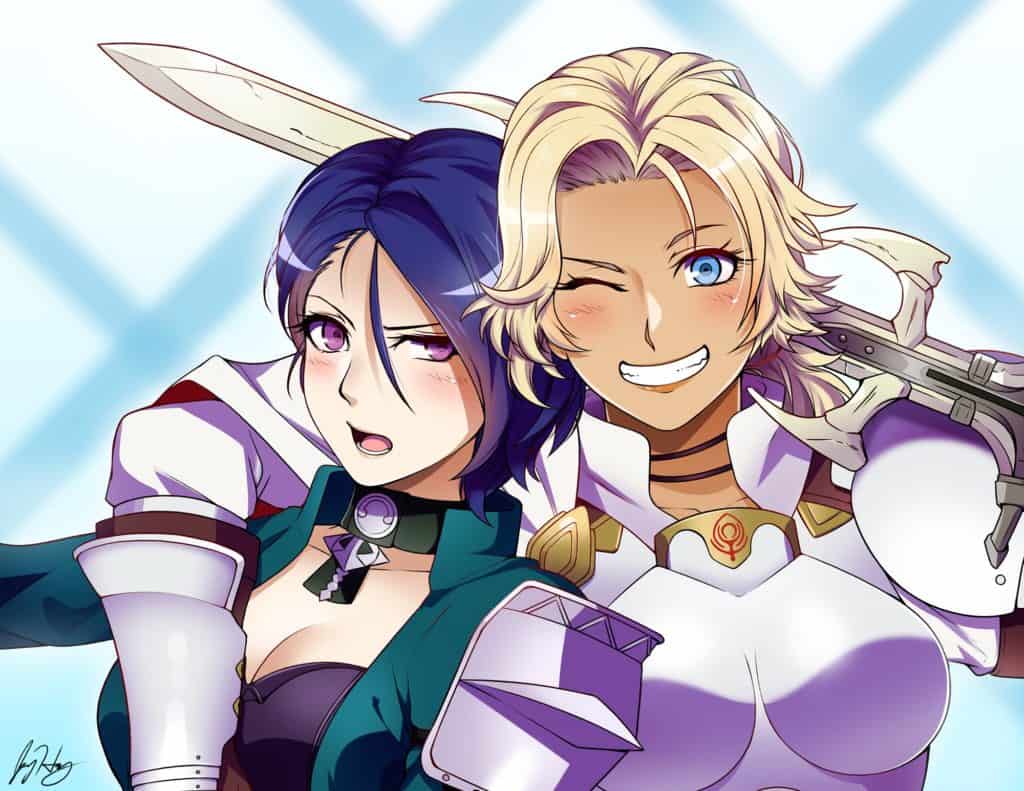 Jeremy has enough variety and skill in his art that there should be something for almost anyone. His style shows refinement and dedication. He also streams so you may catch him at work and get to see some of the “behind the scenes” work that goes into art that many of us non-artists aren’t often privy to.

Bachdo is a well-known artist with a popular Patreon and Twitter. Their art covers everything from RWBY to Azur Lane.

Whether it is giant mechs, cute girls, or violent action the attention to detail is insane!

Bachdo’s art has inspired cosplays from several people and even drew attention from the creators of the anime/manga themselves. Bachdo also helped with the concept art of Gen: Lock and has a widespread following. 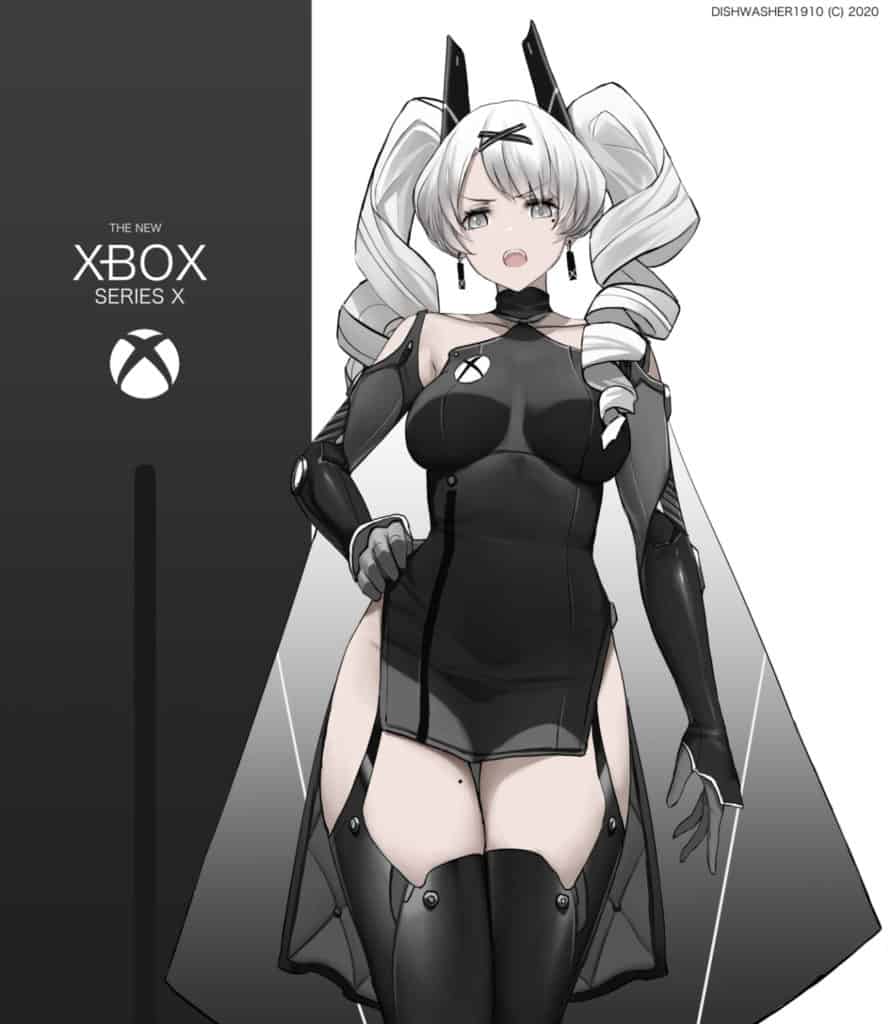 Like many artists, Bachdo has some NSFW stuff that is equally as good (and some would say better) as Bachdo’s “safer” works. Bachdo’s style tends to be “alternate reality” such as the 2.0 and 3.0 series (RWBY/Kimetsu no Yaiba). In short, their works are dynamic and almost seem alive!

These are some of my favorite picks, so whether you’re looking for some good art to show up on your feed, or you’re looking to commission some new art of your favorites, I hope this list will point you toward some new great artists.

For anyone with a project in mind, this list is also a good place to look. I like these artists a lot and regardless of the idea, these guys can help you.

Know any other good artists? Give me some recommendations in the comments below!

Thanks to the Animers community & Lighthugger1 for helping with me this list.