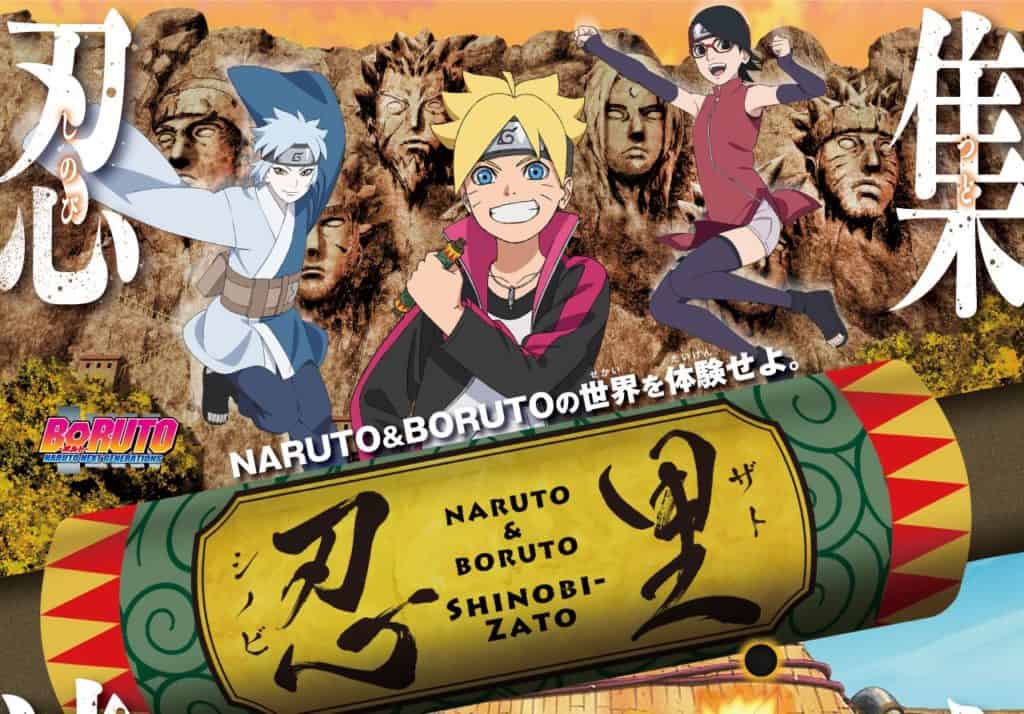 Ever wonder what an anime theme park would look like?

Whether it’s been a longtime dream to see one or just something that crossed your mind once, there are actually several anime theme parks in Japan that you can visit today.

In this list are full-scale amusement parks as well as more literally, anime-themed parks, so there’s something for everyone. 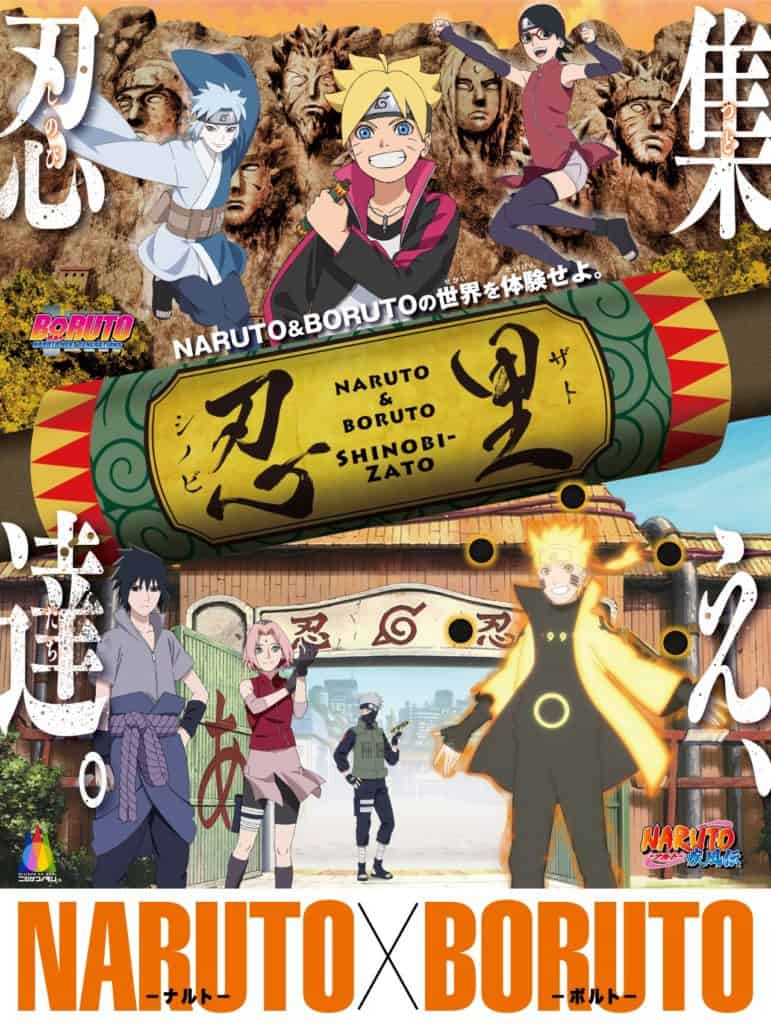 Located near Kobe in Nijigen no Mori, also called Awaji Island Anime Park, the park is host to Hokage Rock and a real-life Ramen Ichiraku, 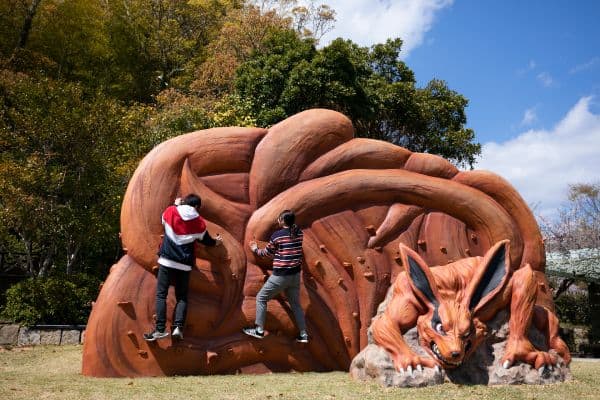 When you enter the park, you’ll be given a scroll with a stamp rally to look out for while you walk around the park. Along the way you’ll see some familiar faces inhabiting the park grounds in statue form. 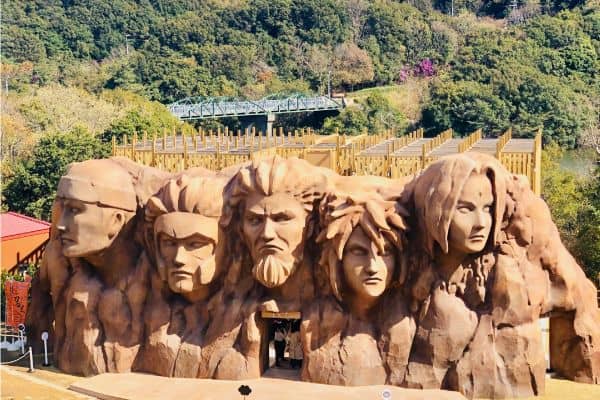 There are also two mission courses, an Uzumaki course which is an athletic maze, and an Uchiha course, which focuses more on brains over brawn. 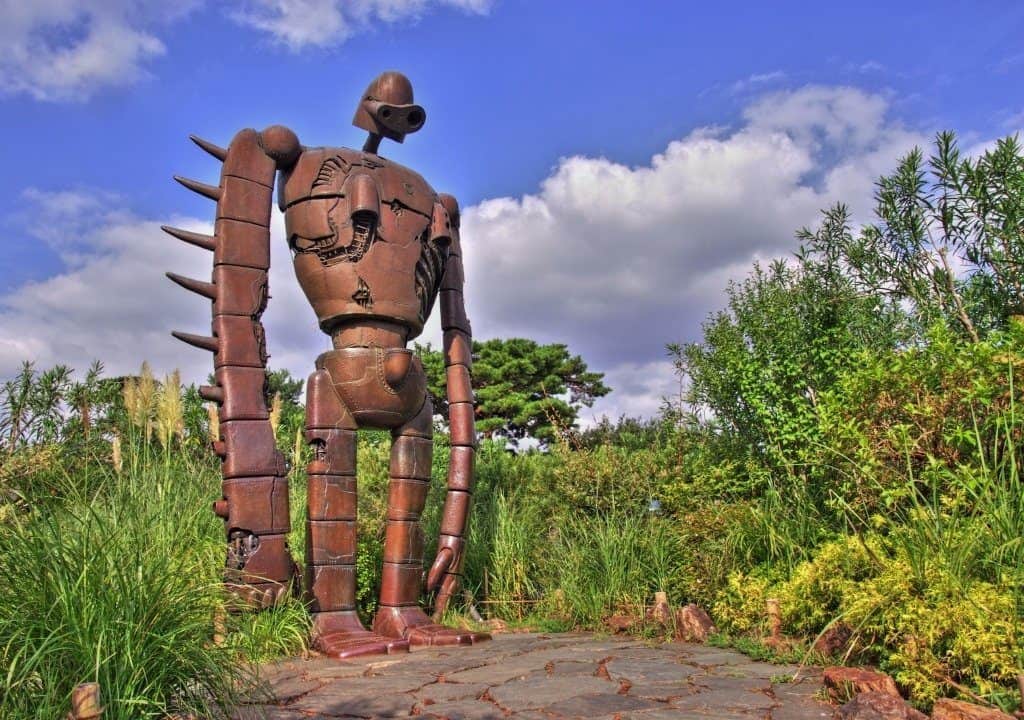 Sure it’s an indoor museum, but I consider the surrounding park part of a complete Ghibli Museum experience. Inokashira Park is a famous and really quite beautiful park and I’d highly recommend taking a walk there, even if the museum itself is a little far from its main waterfront area.

There are also several outdoor sections of the museum building that are great to hang around, like the roof modeled after Laputa.

Also it’s kind of hard to explain but the layout of the building itself is designed to be like Ghibli.

You’ll be crouching under archways and walking up narrow spiral staircases- that homey atmosphere in Ghibli location design.

It’s no ordinary building and walking between exhibits has all the wonder of walking through a theme park except with all the class of a museum suited for Ghibli’s history. 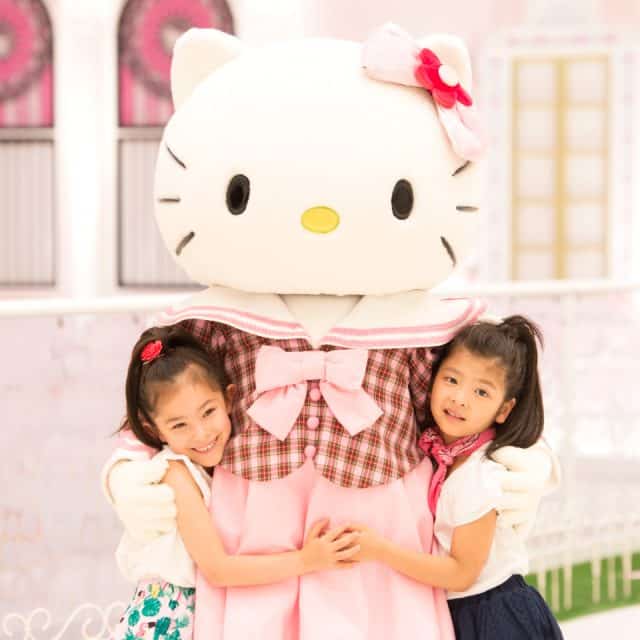 If you’re looking for a place to bring your kids, this is a good option. Tokyo’s Sanrio Puroland is the number one hangout spot for all the Sanrio characters from Hello Kitty and My Melody to dangerous weirdos like Aggretsuko and Pekkle. 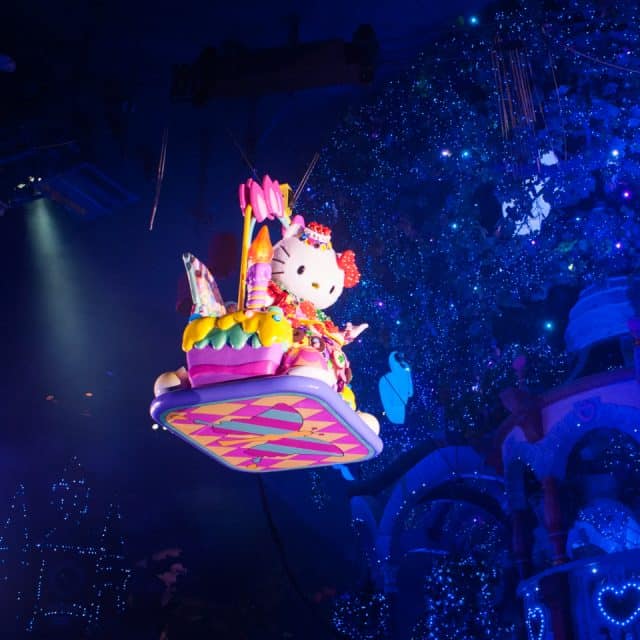 Located 2 hours far from Tokyo, Fuji Q Highland is a fantastic amusement park that is no stranger to anime collaborations. 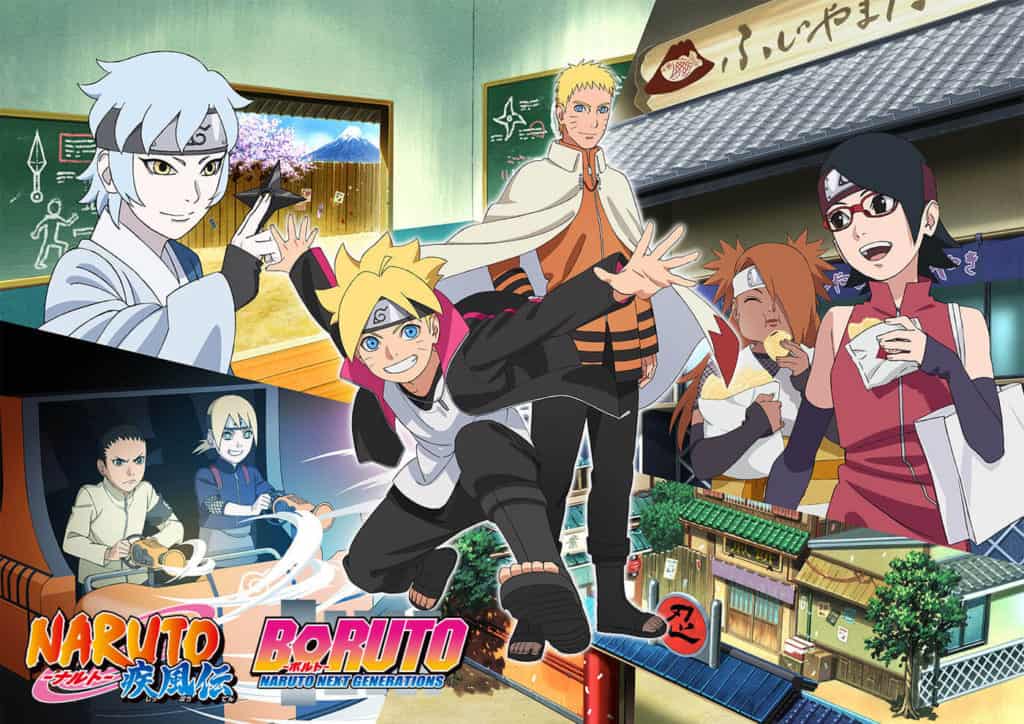 For example, in 2021 there was a whole section of the park dedicated to GeGeGe no Kitaro. At the beginning of the year was Fate stay/night and in 2022, it’s in a collaboration with Naruto x Boruto 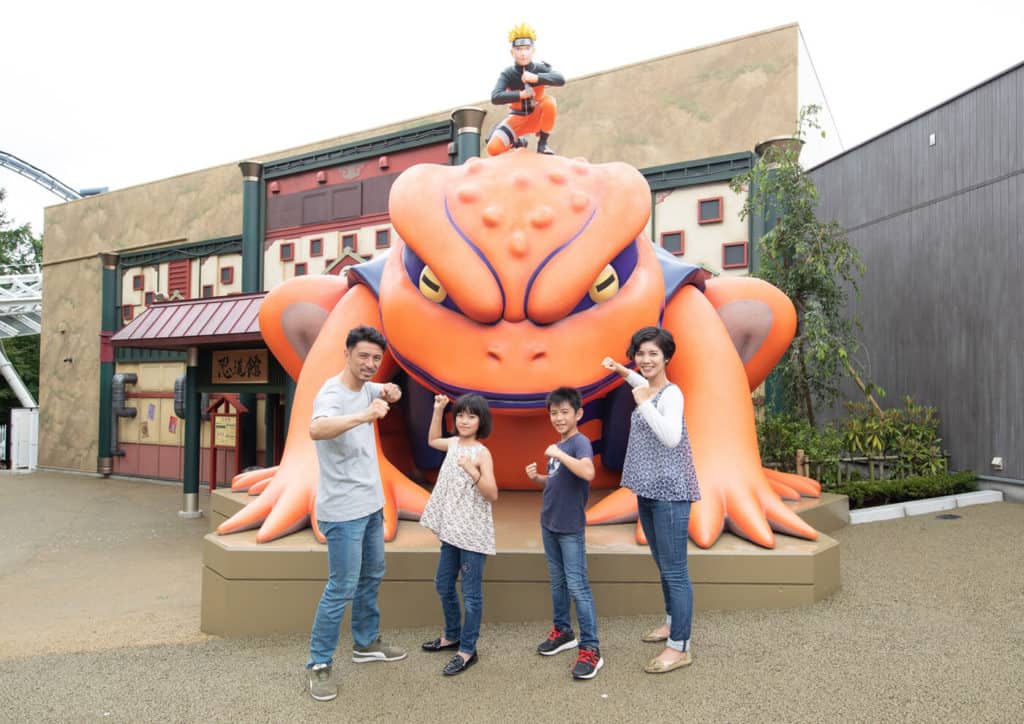 This is my favorite amusement park in Japan, if rollercoasters are your thing this place is a must-visit. 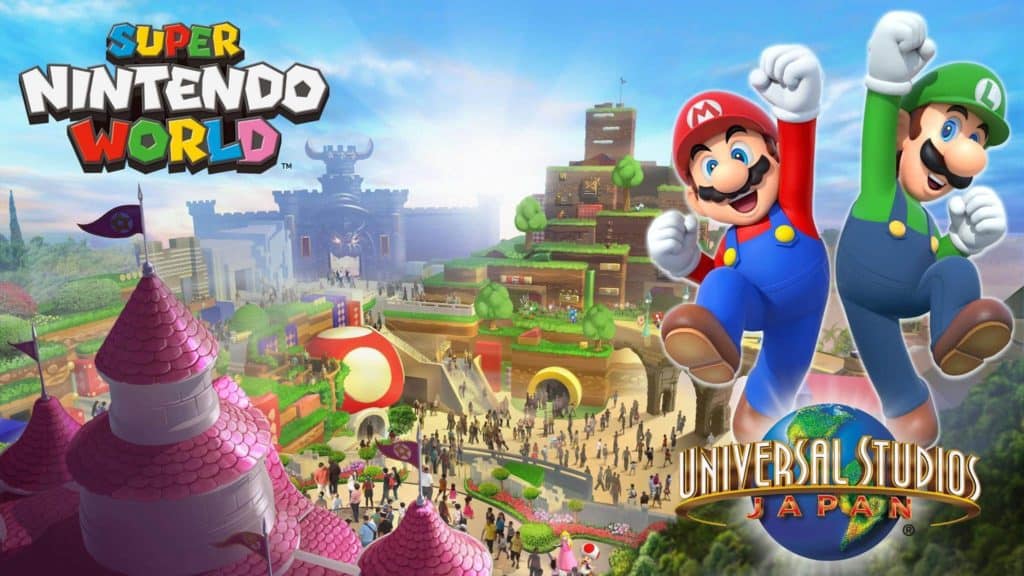 Okay, I know this isn’t anime but it can’t go unmentioned that every child’s dream is coming true. Remember Nintendo Land on Wii U? It’s like that!

Check out the trailer: 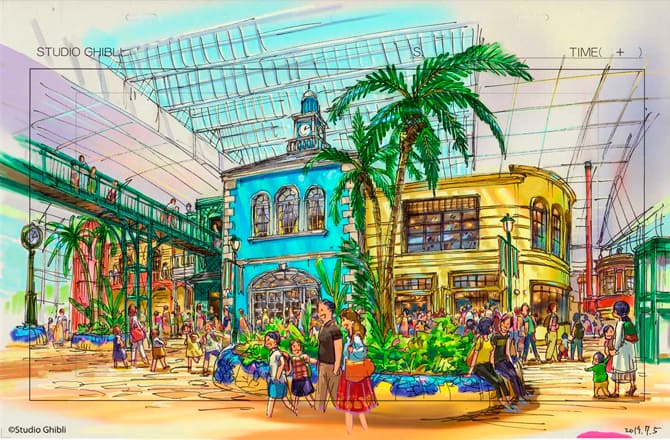 The world of Ghibli is getting its own theme park in Aichi, Japan.

The Giant Ghibli Warehouse, Hill of Youth, and Dondoko Forest areas of the Ghibli theme park will be open on November 1, followed by the Mononoke Village (inspired by Princess Mononoke) and Witch Valley (inspired by Kiki’s Delivery Service) in the last half of 2023. 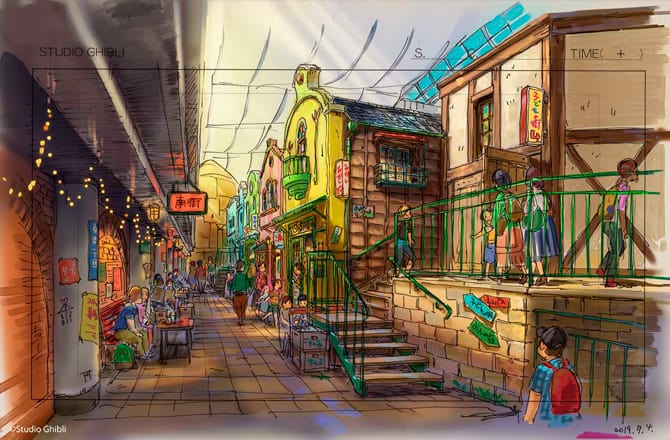 Hayao Miyazaki is working closely on the project. Toshio Suzuki commented on his involvement saying “[Miyazaki] can’t leave anything up to other people. He’s a meddlesome old man”, which means the date below will definitely be pushed back.

What happened with J-World, One Piece Tokyo Tower, and USJ Cool Japan? Are still open?

No, J-World was shut down in February 2019. The indoor park was modeled after imagery and locations from JUMP series like Naruto, Dragon Ball, One Piece, Katekyo Hitman Reborn, and many others. 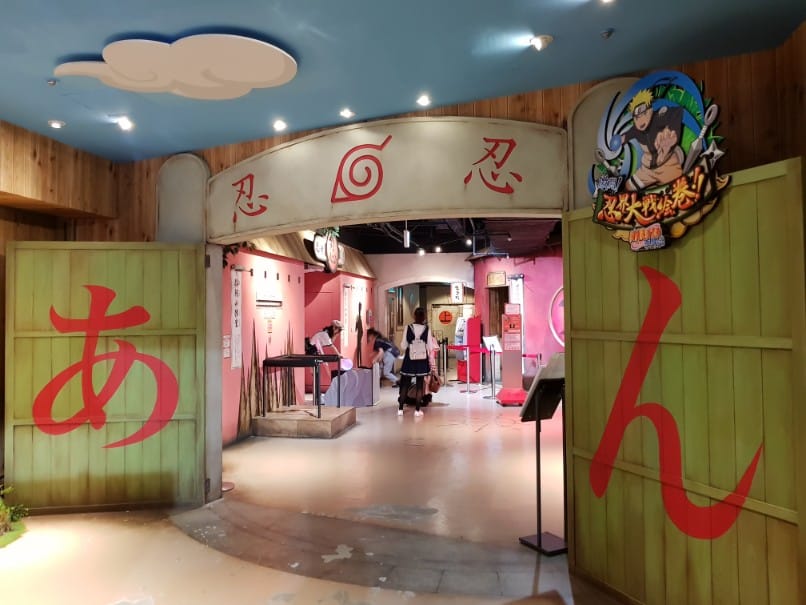 As for One Piece Tokyo Tower, it closed down on July 31 2020 due to the coronavirus. 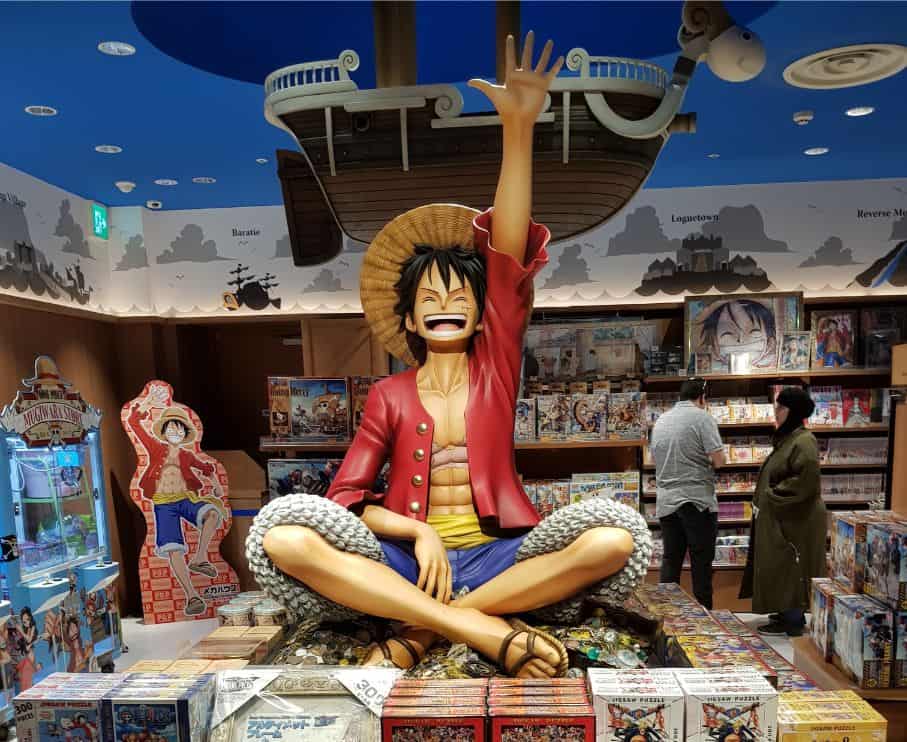 As for Universal Studios Japan: Cool Japan, it used to have attractions like the statues of Shingeki No Kyojin or attractions of Sailor Moon, Evangelion, etc. However, the area is not available at the moment. 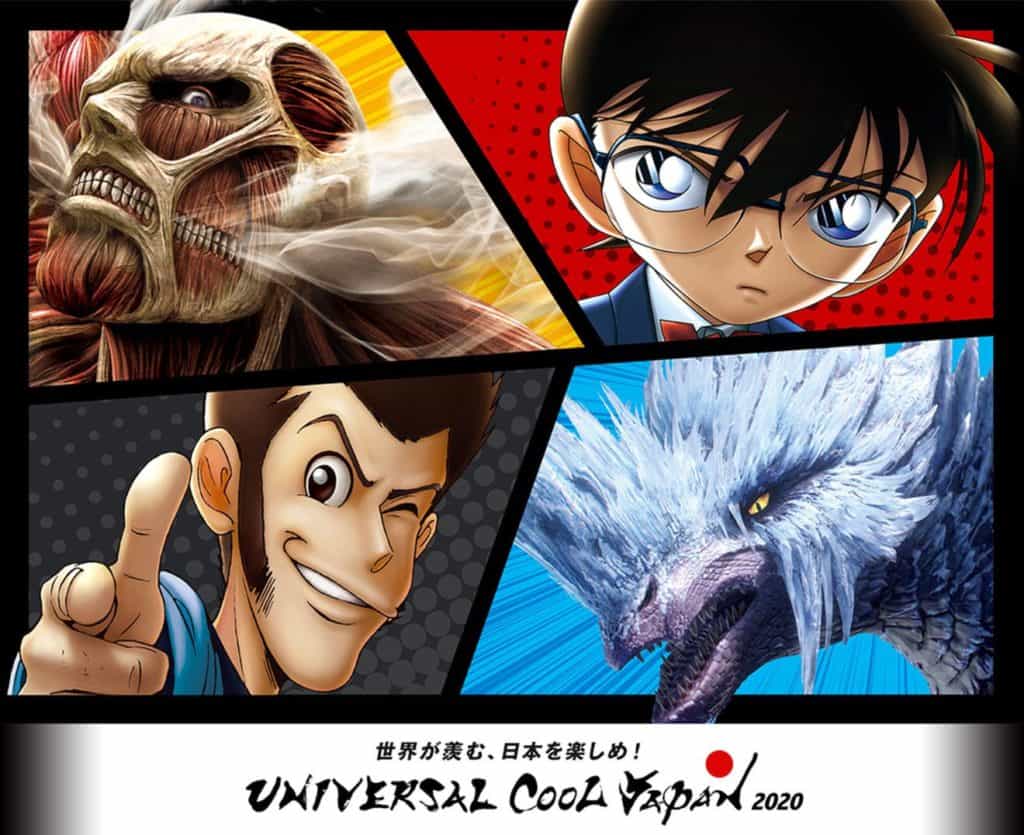 What did you think of Japan’s anime theme parks? Any ideas for rides? Tell me in the comments below!