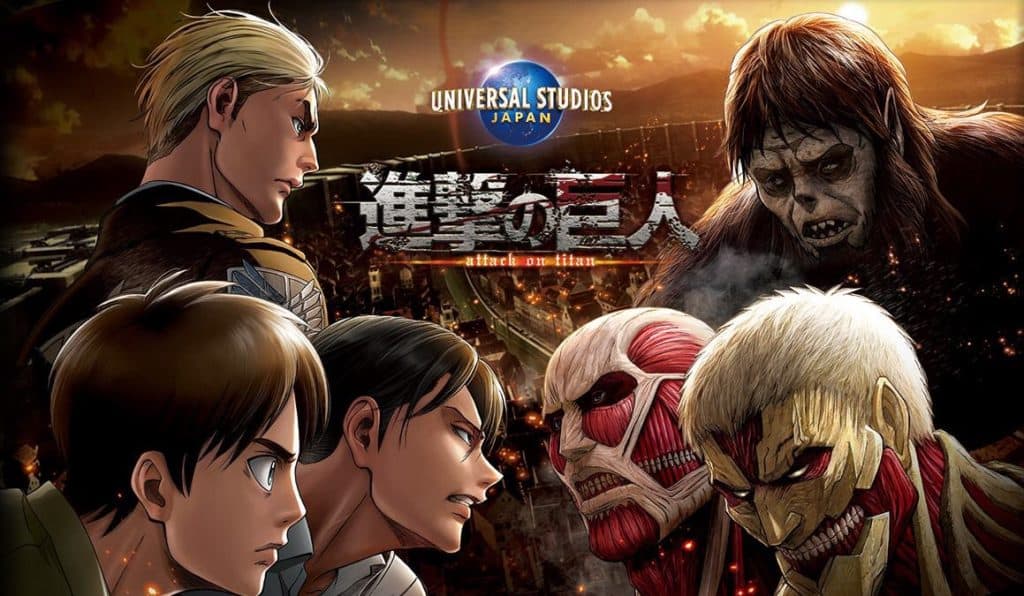 Looking for something related to Shingeki No Kyojin (Attack On Titan) in Japan?

In this post, I will tell you about all the Shingeki No Kyojin’s attractions in Japan, as well as where to buy T-shirts, manga, figures, etc.

Most of the attractions are for a limited time so make sure not to miss them if you are in Japan. 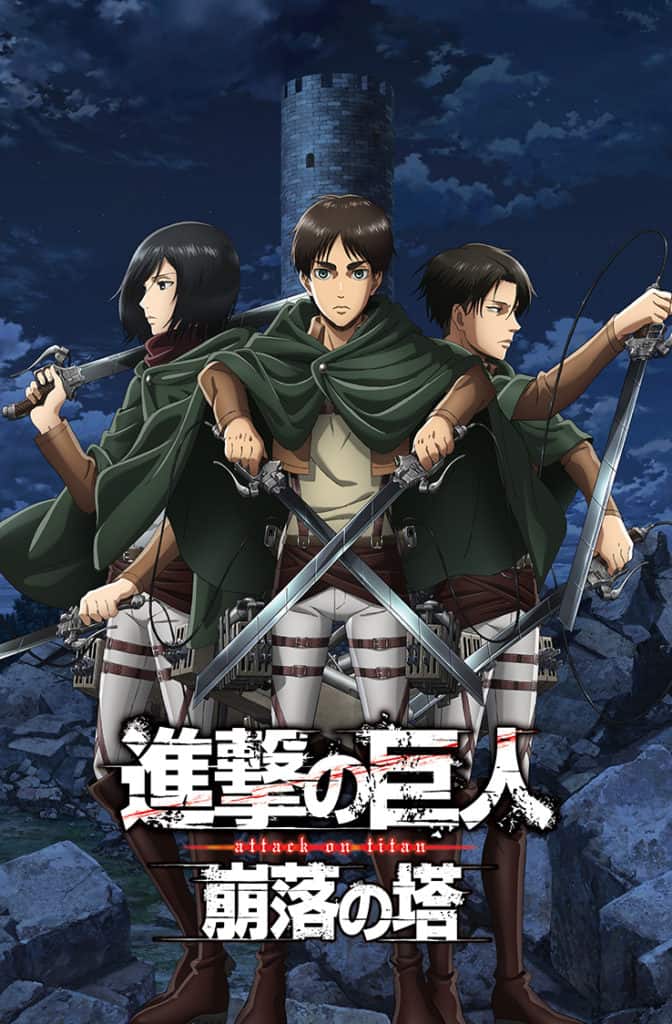 On the fifth floor of  DiverCity (where the full-size Gundam Unicorn statue is located), you can find an Attack On Titan VR game.

The VR game costs 1,300 yen (12 USD) to play & is based on season 2 of the anime where members of the Scout Regiment find themselves surrounded by Titans in a tower.

Here’s hexaRIDE’s description of the game:

“Members of the Scout Regiment find themselves surrounded by Titans as they’re stranded on top of a tower among the old ruins of Utgard Castle. The Titans are unrelenting as they advance, and one ally after another falls. Can you survive on this isolated tower? It’s time for you to experience a battle with humanity’s survival on the line”

Note: They have a show in English, so make sure to check the schedule before you go.

You can also get official merchandise like mugs, t-shirts, smartphone cases, etc. 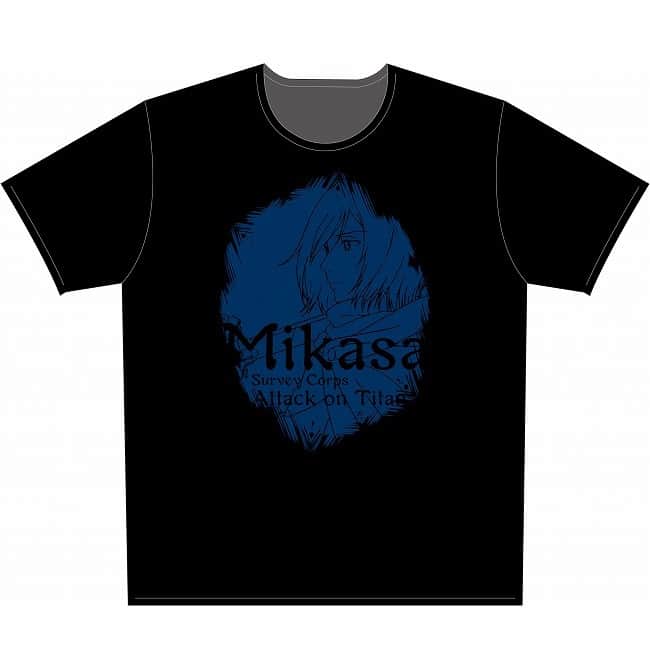 This is definitely the most famous Attack On Titan attraction in the world. Until June 28 (Sun) 2020 a VR Attraction will be held in Universal Studios Osaka.

In the video below you can check how does the attraction looks like:

In past years, there was a small Attack On Titan themed park inside Universal Studios. Where you can take a picture with the statues of Eren, Annie Leonhart, and Reigen. 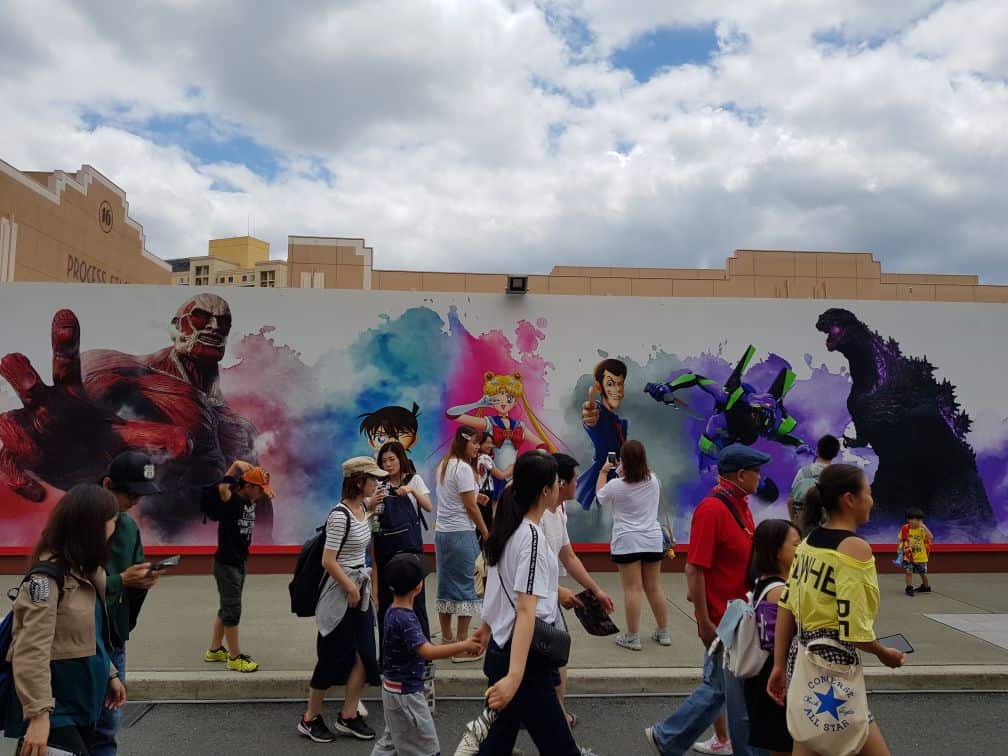 Those are the only Attack On Titan (AOT) attraction that I could find in Japan.

If I missed one let me know in the comments below.

If you are a normal visitor of Mipon, you know that I try to add an anime pilgrimage section to all my posts. Unfortunately, there are no real-life locations in Shingeki No Kyojin.

There is a town in Germany called Nordlingen, where many people think might be considered a real-life location of Shingeki No Kyojin but there is no official confirmation.

Hajime Isayama, the author, mentioned in an interview with NHK that he got his inspiration in Oita (his hometown).

You can find merch and manga of Attack On Titan in most anime stores in Japan. For example in Otome Road, Akihabara, etc.

If you are looking for a T-shirt I wrote an article the other day telling you where you can find anime T-shirts.

Where to buy Anime T-Shirts in Tokyo 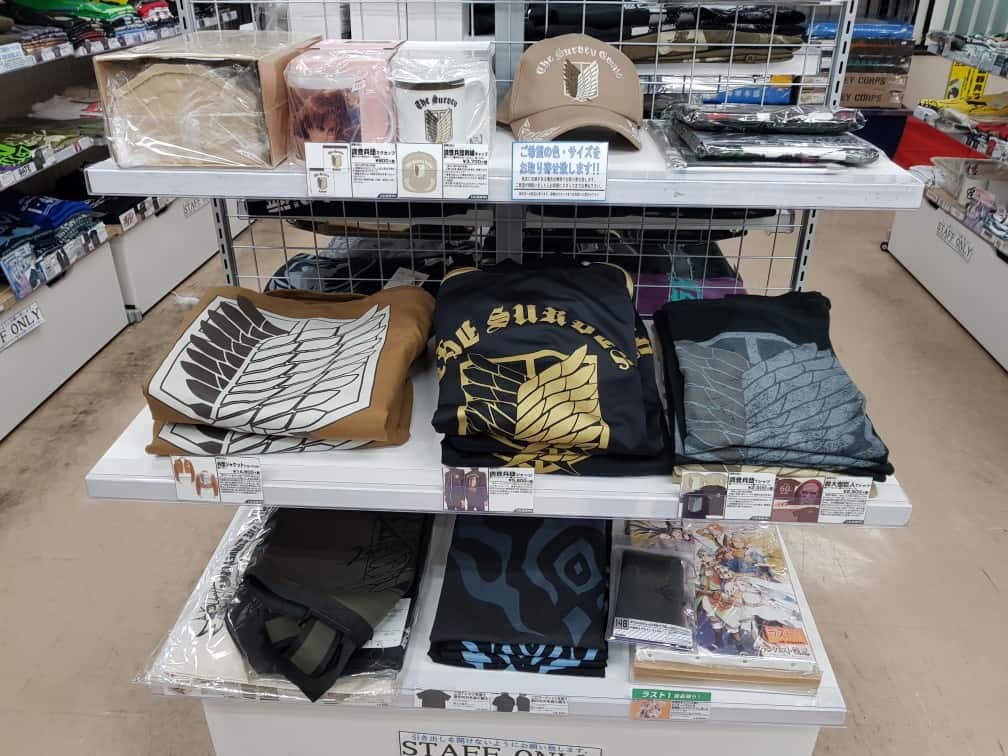 Where to watch Shingeki No Kyojin?

After reading this article you might want to rewatch or you might be wondering where you can pick up the show for the first time. Don’t worry I got you ?

I’ll keep updating & adding to this post with more information about everything that you need to know about Shingeki No Kyojin in Japan.

Did I miss any attractions? Let me know in the comments below!