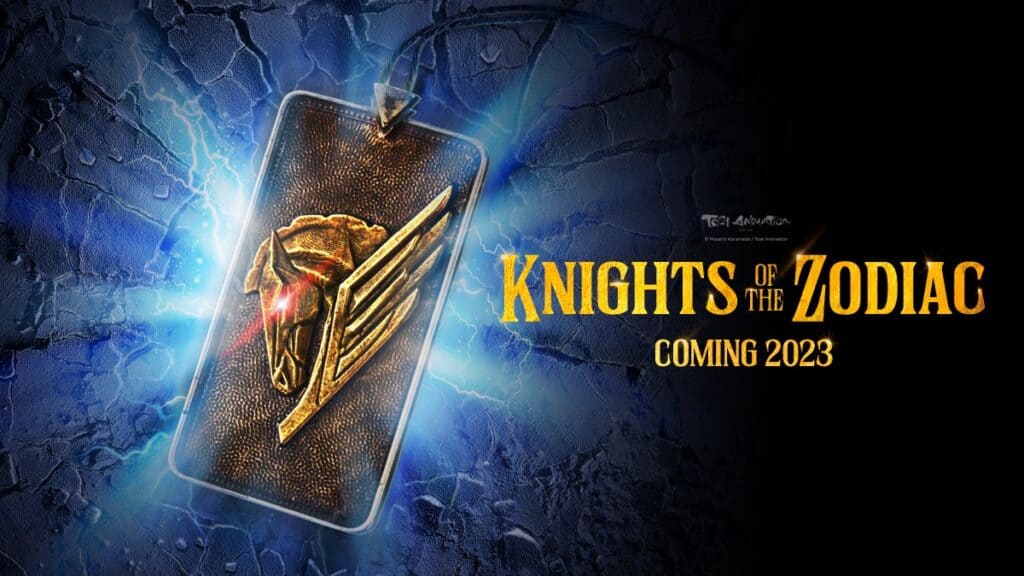 In this article, I’ll be listing the biggest live-action anime adaptations that are currently in the works from both Japan and the US.

Now more than ever, anime is getting adapted into live-action movies and TV series.

Series are being adapted into TV dramas and live-action movies and the loose and low-budget nature of a lot of Japanese cinema can lead to some incredible results like 2021’s insane live-action Tokyo Revengers.

Live-action anime has been pretty common in Japan for years, but the folks in Hollywood are only just beginning to really tap into the anime live-action market. It just goes to show how big anime has gotten in the West.

It’s a thing worth celebrating for sure, though with a track record of Netflix’s Death Note, Ghost in the Shell, and the modern classic Dragon Ball Evolution, you should possibly check for quality before you watch just anything live-action. Lots of people are very unenthused to making anime live-action thanks to productions like these.

Then again, you have examples like Edge of Tomorrow (an adaptation of All You Need is Kill), Blade of the Immortal, and Battle Angel Alita. These are very good live-action anime adaptations done well, so please keep your mind open as you watch these.

Imawa no Kuni no Alice is probably the greatest manga TV Show adaptation ever.

If you haven’t watched season 1 yet I don’t know what you are waiting for. This drama is extraordinary!

Note: If you want to read the manga, the first two volumes have been released in English through Viz Media, and the 3rd and fourth volumes coming out on June 21st! With more coming in September and beyond! 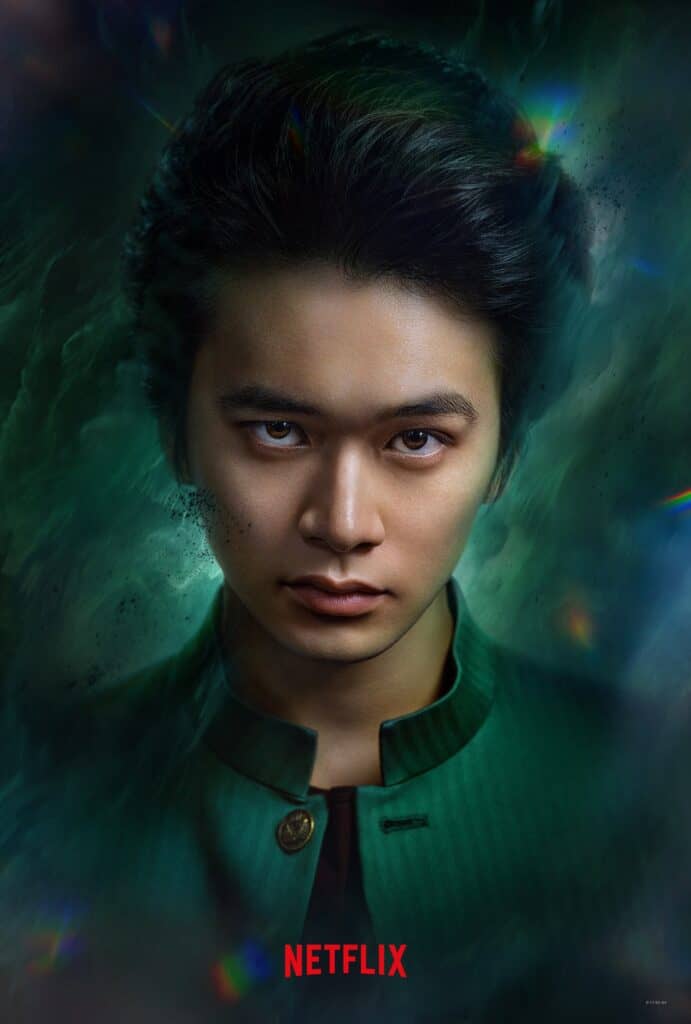 Netflix announced that its live-action series based on Yoshihiro Togashi’s Yu Yu Hakusho manga will debut in December 2023.

The series will stream on Netflix simultaneously worldwide.

Knights of the Zodiac (Saint Seiya)

I don’t know if this is good or bad, but Saint Seiya will receive a Hollywood live-action adaptation.

‘The Witcher‘ exec producer Tomasz Baginski is directing the story. The cast includes:

In what is labeled an origin story, Mackenyu is starring as Seiya, a street orphan and the title hero of the franchise. When a mystical energy known as Cosmo awakens in him, Seiya embarks on a journey to conquer the ancient Greek armor of Pegasus and choose his side in a preternatural battle for the fate of Sienna (Iseman), a young girl who struggles to control her godly powers. Bean plays a mentor named Alman Kiddo, a man who recruits Seiya into the Knights order, which he founded when he discovered the reincarnated goddess. Tinoco is a man hired to kill the vulnerable goddess.

According to Japanese people, what are the best, live-action anime and manga movie adaptations of all time?

Click on the image below to find it out:

Shinsuke Sato (live-action Bleach, Alice in Borderland, Kingdom, Death Note Light up the NEW world, Gantz, I am a Hero) is directing a Hollywood live-action film adaptation of Boku No Hero Academia.

It was announced just recently in January 2020 for its 10th anniversary, that the iconic time travel series Steins;Gate is getting an American live-action series, produced by SKYDANCE Television. 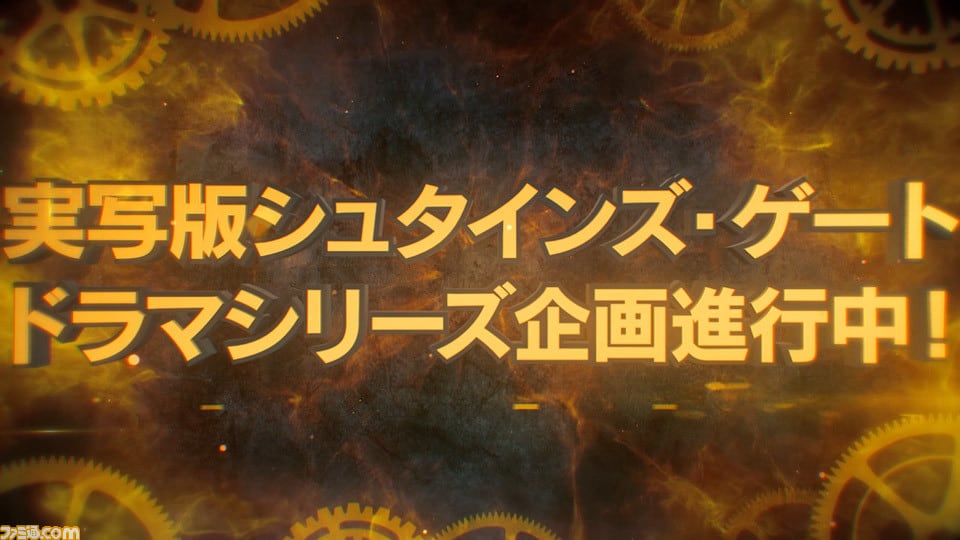 All we have so far is the news that it’s happening, as of 2022, it still hasn’t happened, so we can only hope that the adaptation is in capable hands and they don’t do our Future Gadget Lab members dirty like they did with our boy Light Yagami.

I look forward to the science adventures of Richard Okra Bay, Christina Mackenzie, Daryl, and Mary Sheena in the not so far future!

More recently, Justin Lin of Fast and the Furious fame is directing the movie! We’ll see how it punches up at the Box Office! More info here.

Recently, they had some live-action TV ads in Japan for the mobile game, One Punch Man: The Strongest.  Is this what we could expect for this movie?

don't worry though, it gets worse pic.twitter.com/qgErBxyG6A 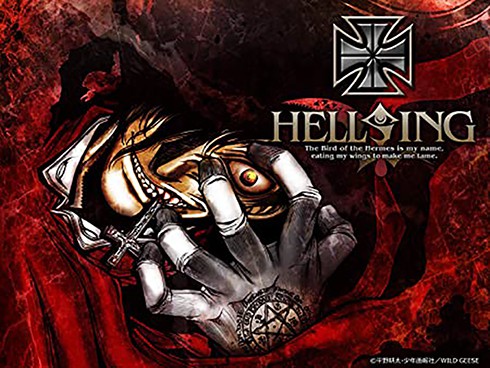 Deadline reported that Derek Kolstad, the screenwriter behind the John Wick series, is collaborating with Amazon Studios to develop a live-action feature film based on Kouta Hirano’s Hellsing manga.

Another US adaptation coming to Netflix is the long-talked-about live-action Sword Art Online. 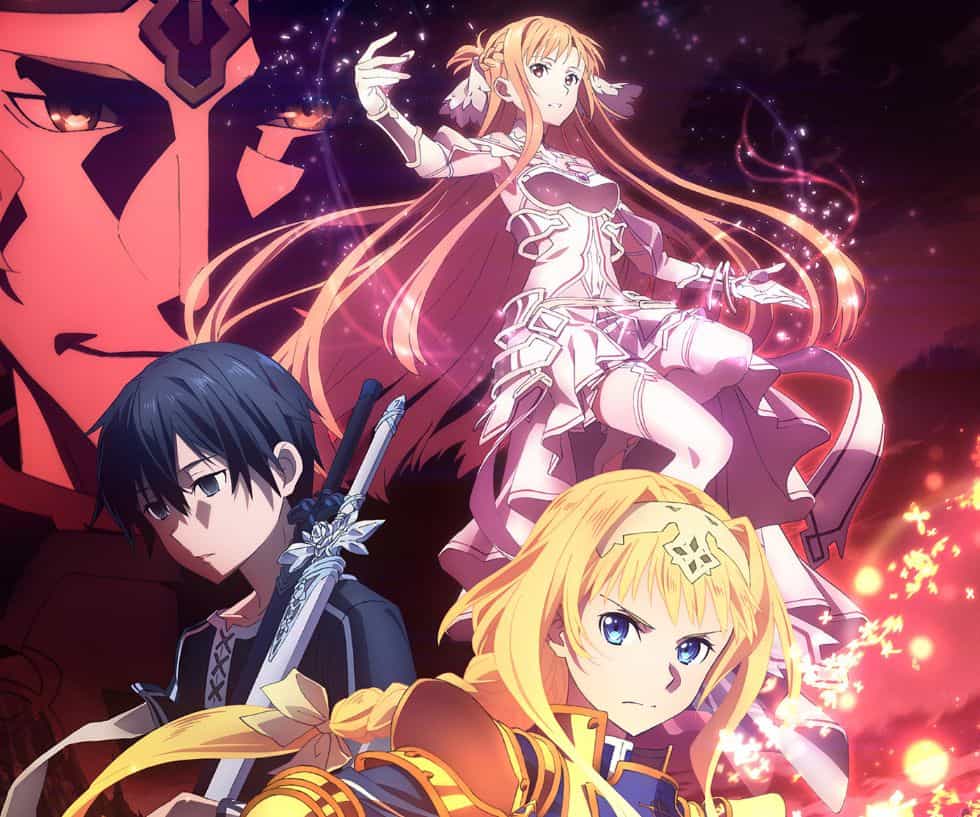 As far as anime premises go, SAO has one of the strongest and simplest hooks in the past decade. You’re thrown into a virtual world, you die in the game, you die in real life.

Now add pretty A-1 pictures animation, a catchy earworm OP from LiSA, and one of the best female character designs as the love interest, and you have an instant hit, weird moments and some messy writing forgiven.

Now, without those anime-only elements, can Netflix’s SAO succeed on its premises alone with a Western spin? We’ll just have to see.

Announced all the way back in 2015, the Naruto movie by Lionsgate seems to be stalling its production, with Michael Gracey (Greatest Showman, Rocketman) being negotiated with to direct as of 2018, though it likely fell through- you can tell he’s been busy the past few years.

As of 2022, It seems like Nik Shaw is directing his own version and involving Masashi Kishimoto in it. So, it’ll be interesting to see what happens with this. 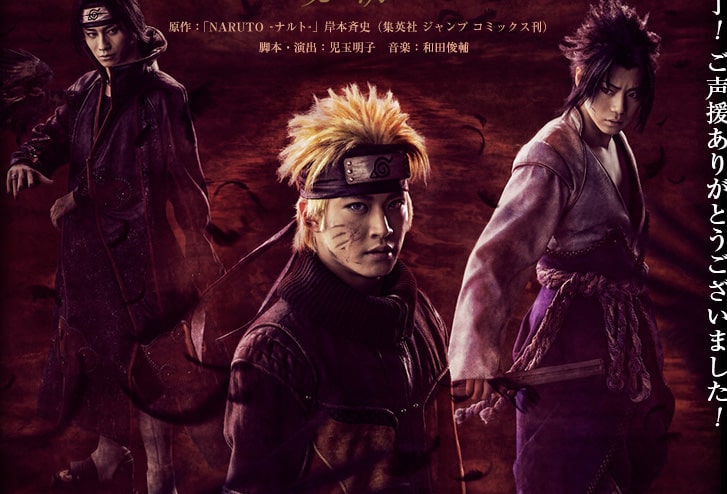 Gracey has said in interviews that he isn’t very familiar with the series and he’d rather not direct the movie over the risk of taking the reins and not doing it justice.

Whether it turns out to be a genuinely good flick or just gets memed to hell, it’s one that’ll be entertaining either way if and when it actually sees the light of day.

If you really want to see live-action Naruto, there are tons of stage plays you can watch.

Another live-action adaptation for Netflix from the same ITV Studios, One Piece is also getting the Netflix treatment, but for its own transition into live-action. 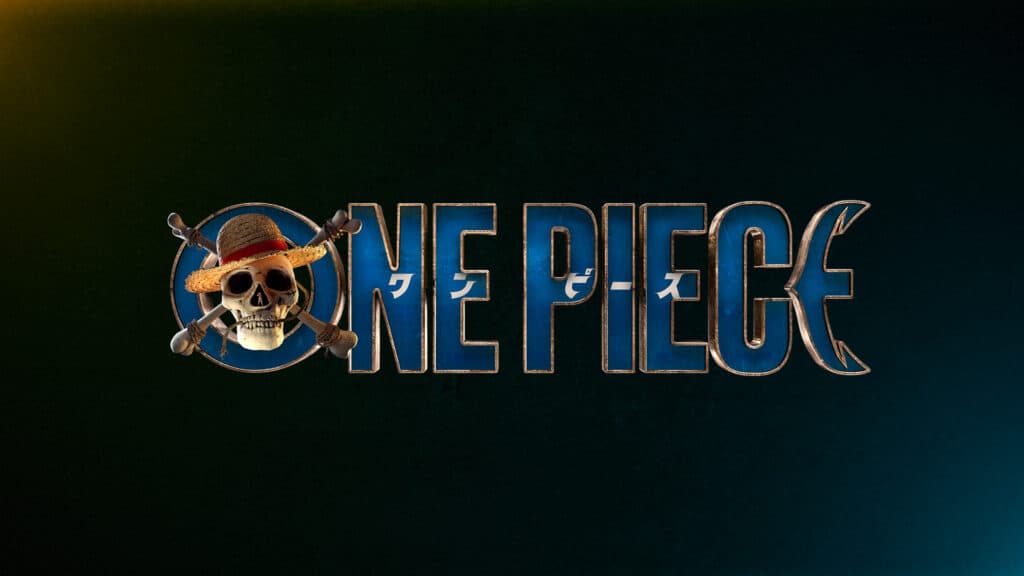 Now this one’s iffy. I really have to wonder if you could capture the pure adventurous spirit of One Piece is not just live action but Hollywood live-action. It just doesn’t seem right, you know?

With 10 episodes covering at least part of the East Blue Saga, the series has been said to potentially be the highest-budget TV drama in history.

Eichiro Oda has also said that he has a condition for the production of the live-action series, that it has to be faithful to the series’ fans that have supported One Piece for 20 years,

No matter how hard or how impossible it is, never lose sight of your goal. ☠️ どんなに困難で不可能なコトでも、信念を見失うな。#OnePiece #ONEPIECE100 #WeAreONE pic.twitter.com/1PpuyuQvm3

According to social media, the first two episodes have wrapped as of May 2022, and the whole first season should wrap by July 2022, so hopefully, it’ll be released soon!

ONE PIECE is officially in production the road for Luffy to become the Pirate King has just begun pic.twitter.com/n2CzadWXh7

While giant robots aren’t so big in the West, as early as 1983, Gundam has been a candidate for hitting Hollywood, and this time, it looks like it’s really happening.

The live-action Mobile Suit Gundam will stream worldwide on Netflix except for China, where Legendary Pictures has a theatrical release planned. 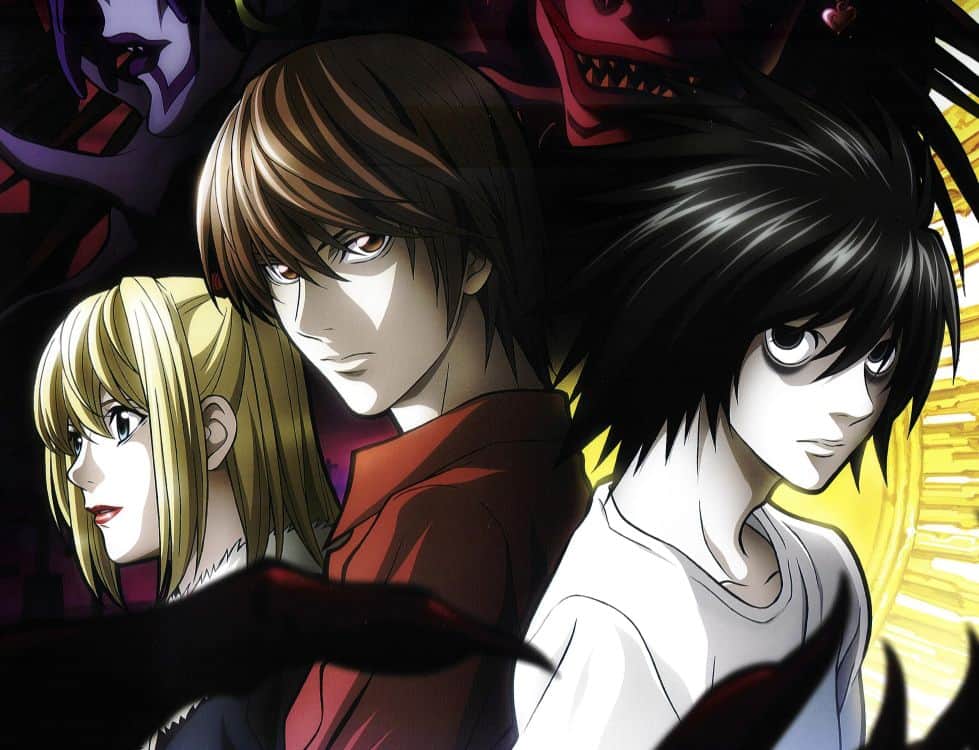 Here we go again! There’s another Netflix Death Note adaptation! This one is being done by the Duffer Brothers, of Stranger Things fame, as part of their new company Upside Down Pictures.

I hope they learned their lessons from the first movie and they get it right this time!

The Tokyo Revengers Live Action Movie is getting a sequel! With the manga ending soon, and the anime getting its second season in January 2023, this Is good for the series and gets people to get excited for Tokyo Revengers again!

Most of the original cast from the 2021 movie are also returning!

It will be in 2 parts and be released in Spring and Summer 2023.

Are you looking forward to any of these live-action anime, or with the Hollywood ones?

Do you think we’re just getting more of the Death Note dumpster fire?

What series do you think would work well in live-action?

Tell me in the comments below!