Is Goku’s Origin a Retcon? 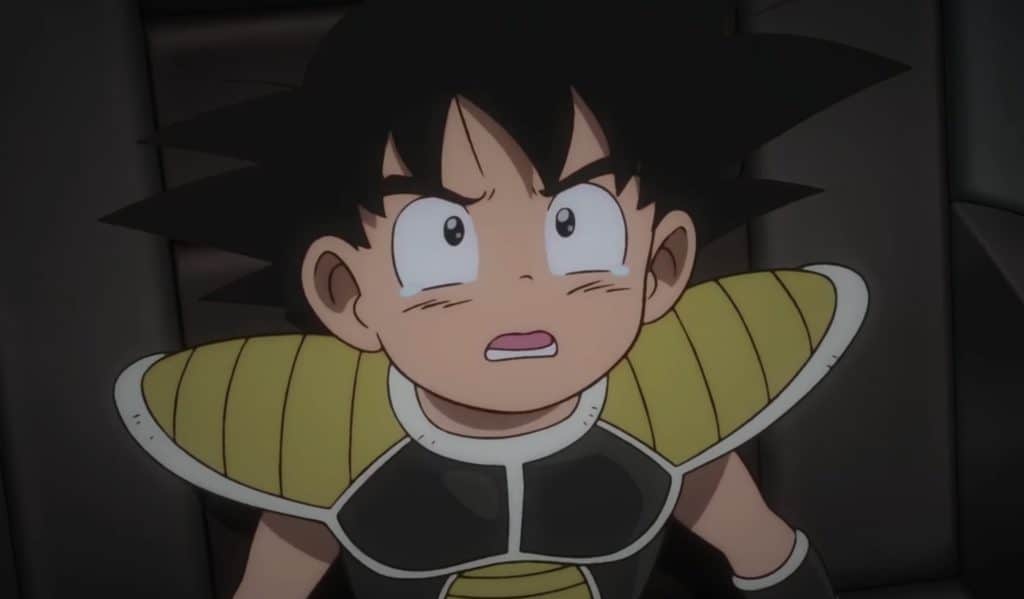 Let me guess, you have already caught up with all the Dragon Ball Super films and you’re waiting for Dragon Bal Super‘s new film, and you asked yourself the following questions:

If you’re confused, you’re in the right place! Here I will answer these questions and more.

And remember that these are no theories or assumptions, as I’ll give only official information. 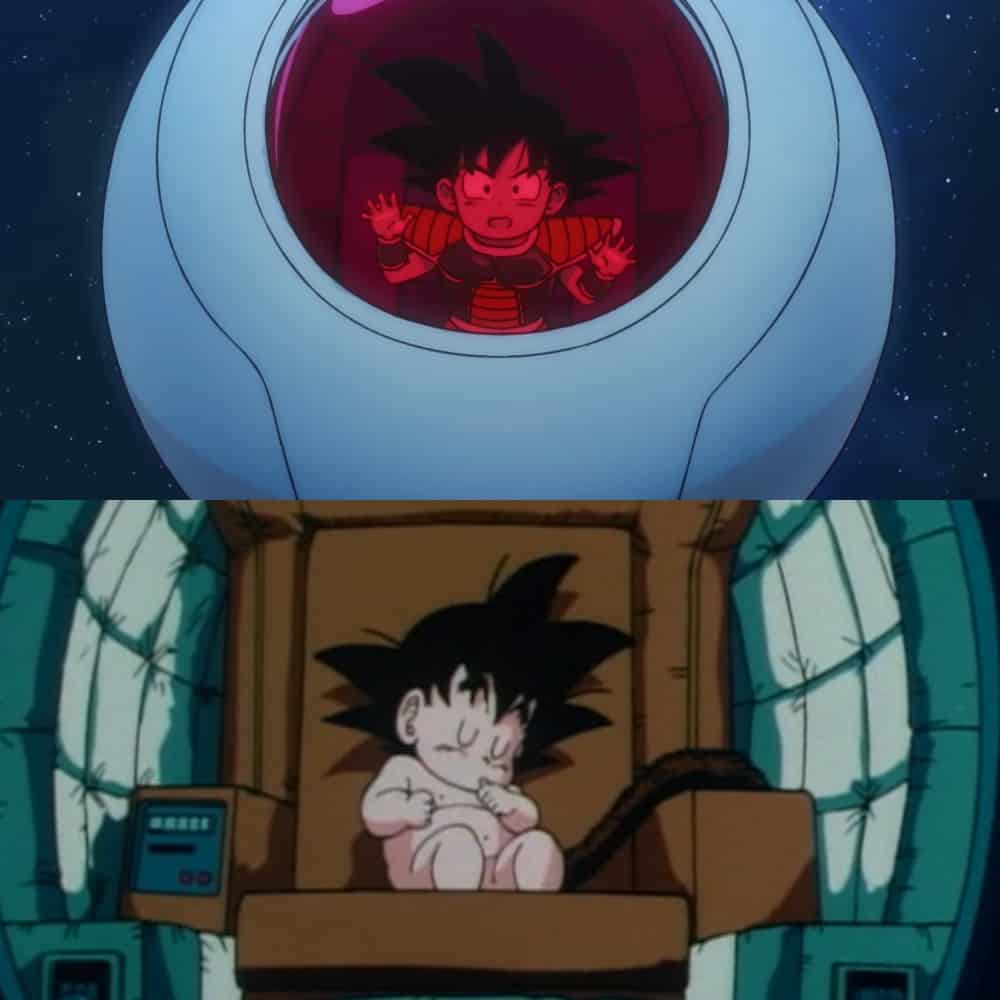 I want to make two clear points before explaining to you the reason why Goku looks older and is wearing Saiyan armor in the capsule.

What is canon and not canon in the Dragon Ball universe?

Canon is everything that is accepted as part of the official story.

In Dragon Ball and many other anime, canon is considered to be everything that was created by the original author, in this case, Akira Toriyama.

Toriyama, as the creator of the manga Jaco The Patrolman, Dragon Ball, and Dragon Ball Z, are the only content that is considered 100% canon in the Dragon B universe.

The anime Dragon Ball and Dragon Ball Z are based on Toriyama’s manga. Toei Animation was in charge of adapting this manga into an anime.

In the case of Dragon Ball Super, it’s a bit more complicated to explain but for Super, Toriyama only wrote the outline of the story.

That’s why there are two versions of Dragon Ball Super, the manga version created by Toyotaro and the anime version produced by Toei Animation.

Both versions can’t be considered 100% canon.

Only the outline written by Toriyama is 100% canon, but that document has not been published.

Dragon Ball Super: Broly is also canon since Toriyama was directly in charge of the story. 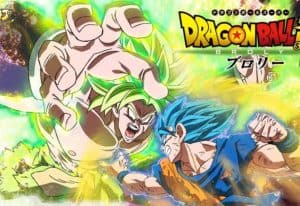 As for Dragon Ball GT, there isn’t an official answer for whether or not it is canon. If you search online, you will only find theories and assumptions (and I’ll keep from talking about those).

All the previous films (including Broly’s trilogy), OVAs, and video games are not canon, much less everything related to Dragon Ball Heroes.

The movies Battle of Gods and Resurrection F were originally canon, but Dragon Ball Super rewrote them. Now, they are no longer part of the ‘official story.

To sum up, the following is considered 100% canon:

(I’ll write a post soon explaining what is canon or not canon in Dragon Ball in more detail. For now though, I’ll leave it at the above.)

Random Fact: Contrary to English and Spanish where we use the word canon, Japanese people use the terms side story or original story to refer to everything that is or isn’t part of the official history (not canon).

What is Dragon Ball Minus?

Dragon Ball Minus is a small chapter in the manga of Jaco, the Patrolman that mainly talks about Bardock, Gine (Goku’s mom), and Goku.

Do you remember the scene where Bardock and Gine are hugging each other and saying goodbye to Kakarot?

That scene is from Dragon Ball Minus. 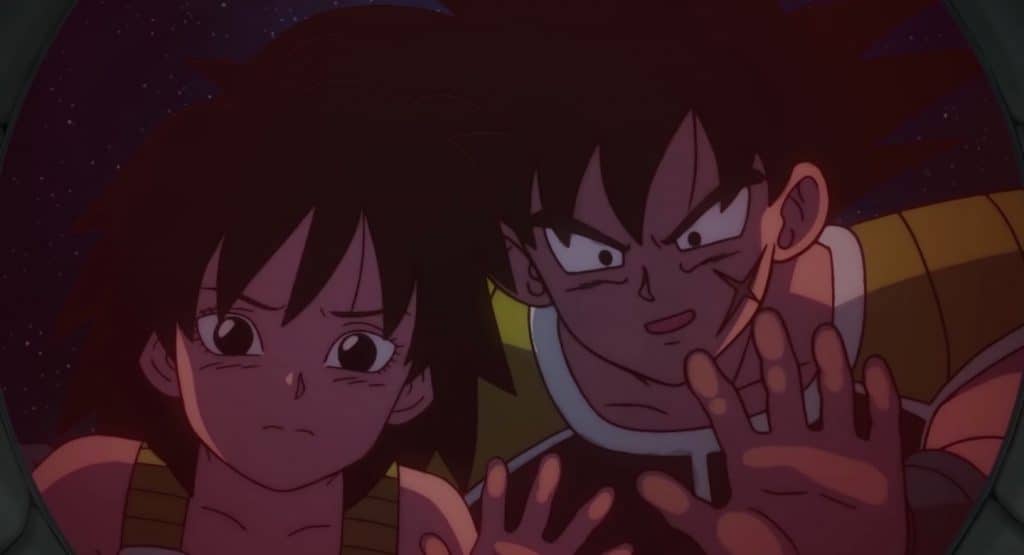 The manga of Jaco The Patrolman (including Dragon Ball Minus) is created by Akira Toriyama.

The Goku scene with the armor is nothing new since it was initially published in 2014.

Here is another image of Dragon Ball Minus. 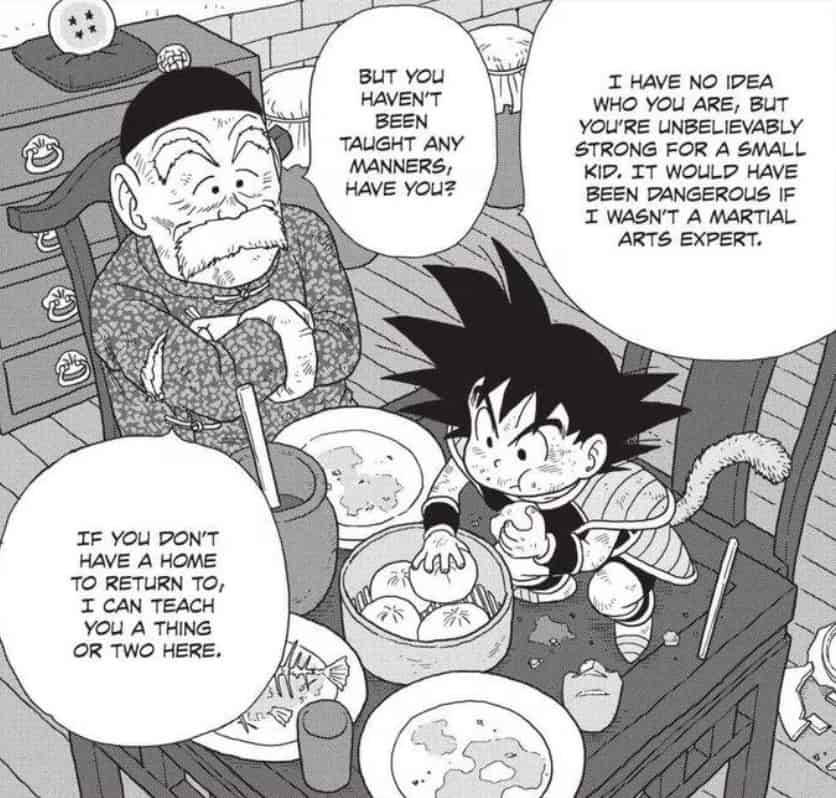 Congratulations if you read all the way up to here. It was important that I explain everything up to this point.

I promise that the next section will give you the answer you’re looking for.

There are two moments where we see Goku as a baby. The first is in an episode of Dragon Ball Z‘s anime where Master Roshi tells the story that Son Gohan (Goku’s adoptive grandfather aka Grandpa Gohan) told him about Goku’s origin. 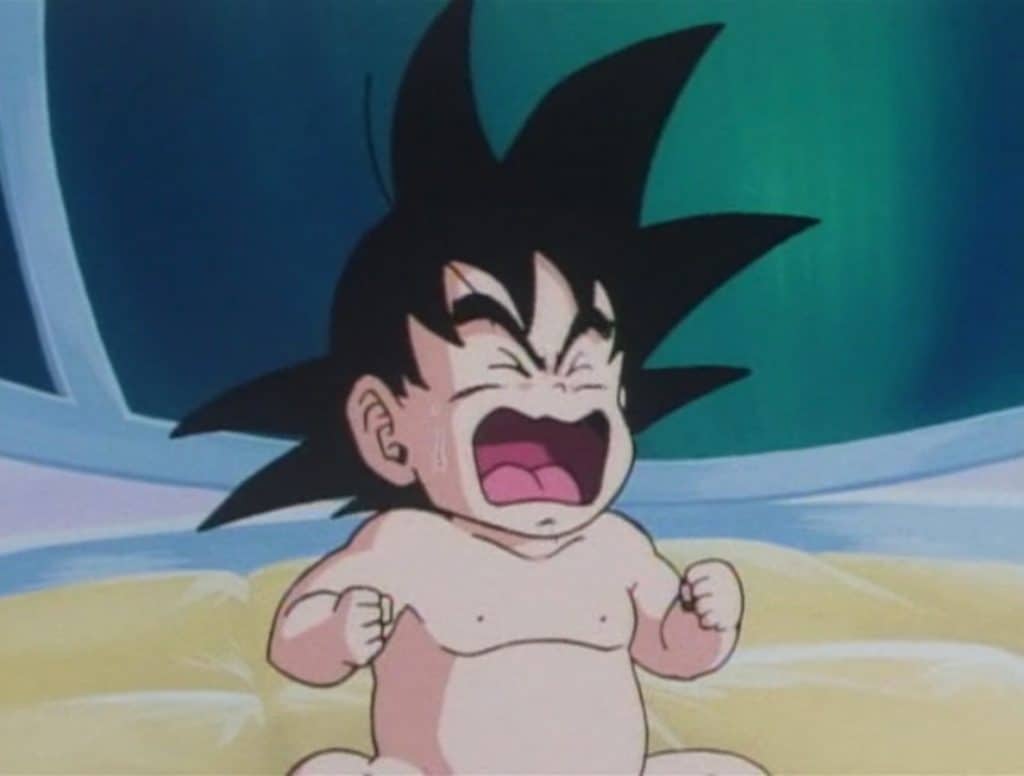 The second moment is in Bardock’s OVA, where we also see some scenes of Goku as a baby. 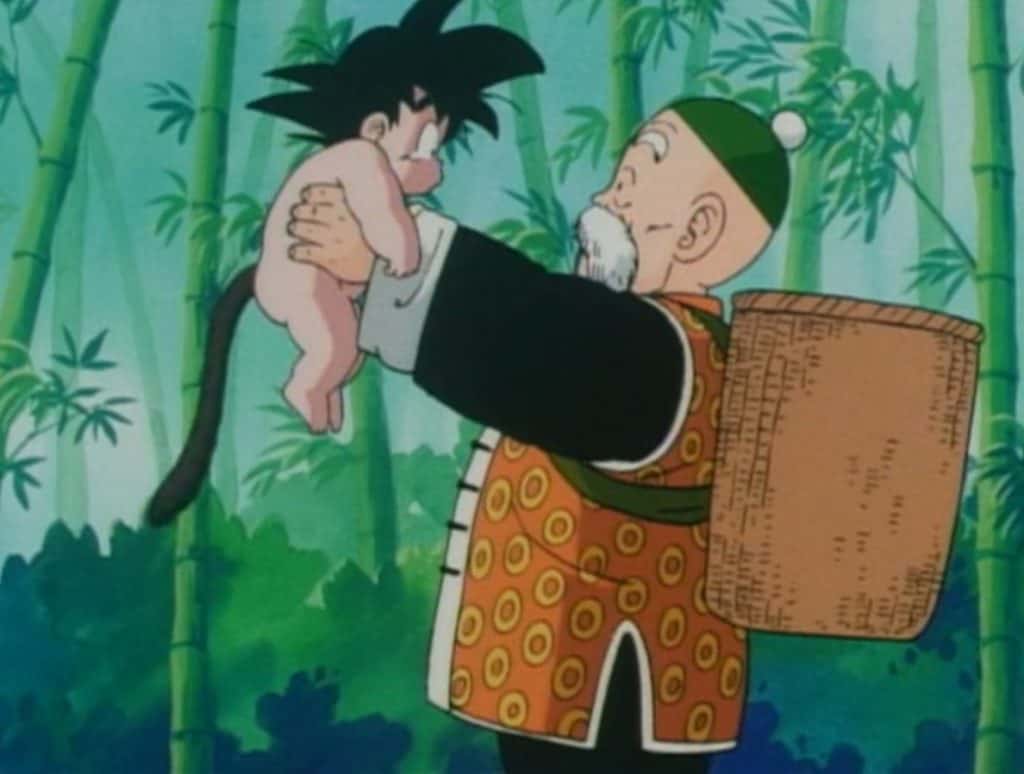 Both scenes are anime-original material and weren’t written by Toriyama.

Toei Animation was the author of these scenes and Akira Toriyama himself NEVER wrote that Goku came to Earth as a baby.

So why does he look like a child in the new movie?

Because Toriyama decided to tell for the FIRST TIME the origin of Goku as a child who comes to Earth. Simple as that.

Then was it Toei Animation’s mistake?

No, Toei just did their job of adapting the manga into an anime.

I’ve read many comments, mainly on Reddit and YouTube, of users complaining to Toriyama for rewriting the story about the origin of Goku.

First of all, seeing Goku wearing Saiyan armor as a child is not something new. Toriyama created the scene four years ago in Jaco’s manga.

Second, Toriyama never drew Goku in the manga as a baby. We can’t complain about something that the author never wrote.

Again, this is not a retcon.

We watched a film about the origin of the Saiyan. How many years have passed for us to see this glorious moment?

Let’s enjoy it and stop complaining at Toriyama because it is by no means his fault (seriously, he is not rewriting the story).

Would you have liked Toriyama to stick to Toei Animation’s origin story?

I would love to hear your opinion in the comments.