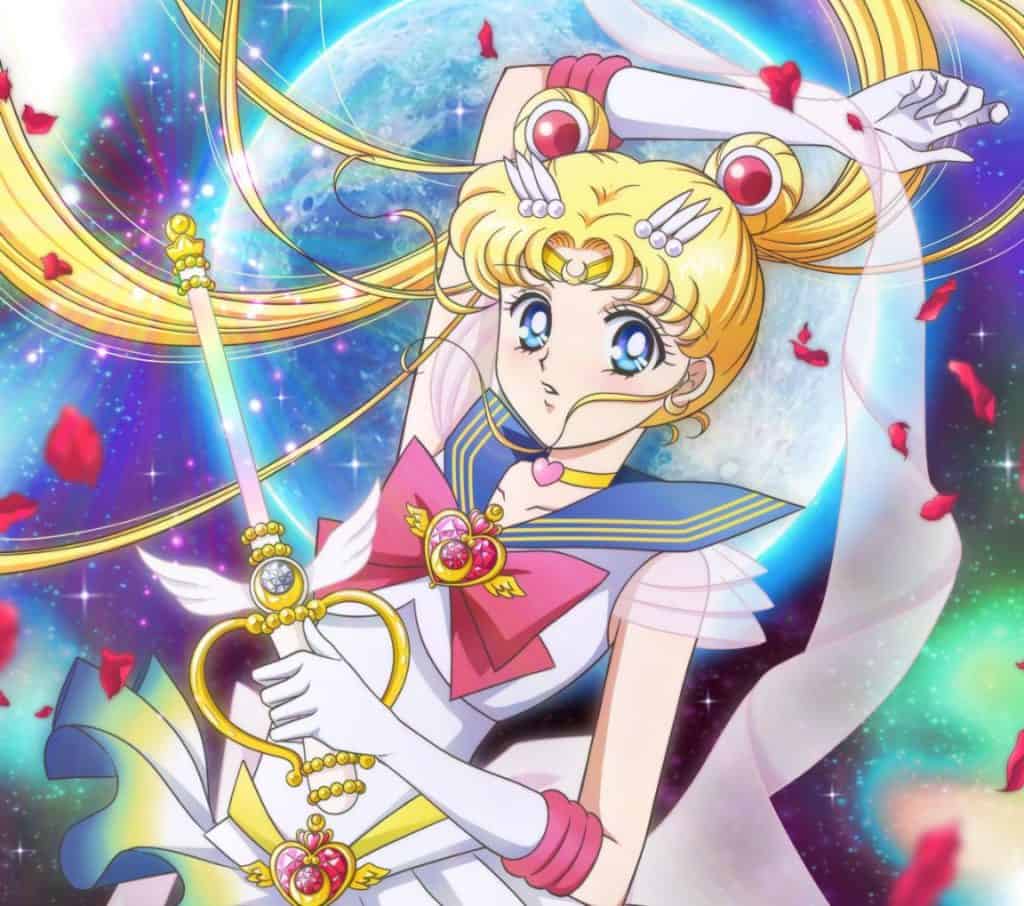 Looking for some Sailor Moon-themed spots in Japan?

In this article, I will tell you about all the Sailor Moon’s attractions in Japan, as well as where to buy t-shirts, figures, etc.

Sailor Moon doesn’t take place in any old fictional Japanese city; you can actually go there!

The lives of Usagi and her friends take place in Azabu-juban, a district of Minato ward Tokyo. 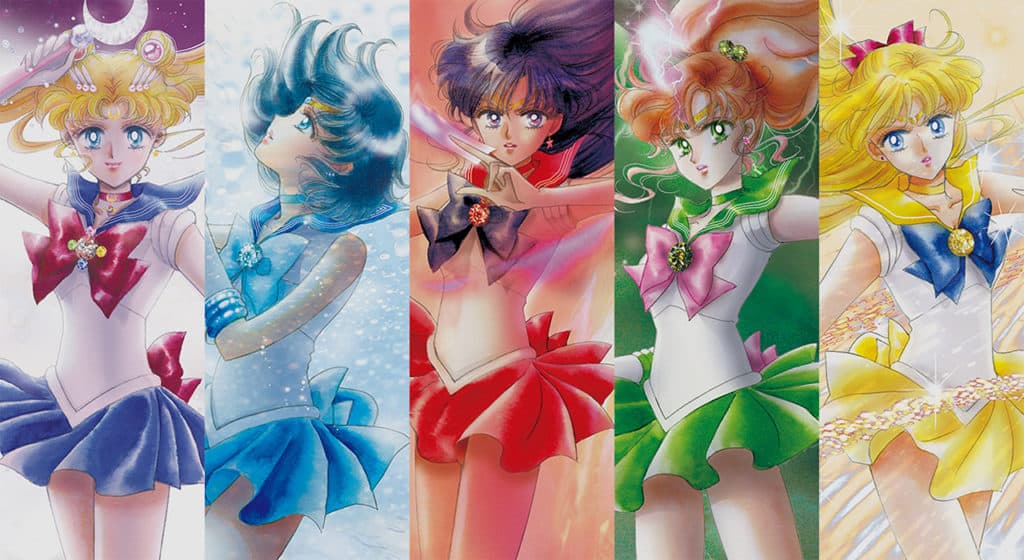 Azabu-juban is an upscale district of Tokyo known for its trendiness and street shops. It’s both a residential area and a shopping district, perfect for the girls to hang around throughout the series.

Much of the background set pieces and key areas from the anime can be found there, for both the original series and Crystal.

In fact, it all comes from personal experience, as Azabu-juban is actually the neighborhood where Sailor Moon mangaka, Naoko Takeuchi, used to live during her university days at Kyoritsu College of Pharmacy.

I’ll be listing main anime pilgrimage locations in Azabu-juban in the rest of this article, so let’s take a look! 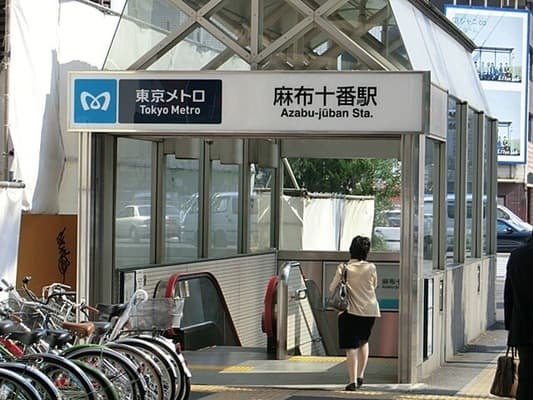 From episode 10 of the anime and the centerpiece of Rei’s debut episode, when people who take the bus by Hikawa Shrine start to go missing, Usagi, Ami, and Luna go to investigate Bus 66 which takes people to another dimension. At a 10-minute walk from exit 1 of Azabu-juban station, you’ll find the Sendai-zaka-ue bus stop.

See if you can take the 66. This walk will also bring you within just a minute of a location you definitely don’t want to miss.

Probably the best of the bunch, this is Rei’s shrine where she performed her duties as a shrine maiden. This was also a pretty common meetup spot for the girls.

Now, the reason why I say “shrines”, plural, in the heading is because it’s actually two different ones depending on the version!

In the manga, Rei’s shrine is the Azabu shrine, while in the anime, she maintains the one in Akasaka. For the live-action Sailor Moon, Rei is a shrine maiden at Hikawa Shrine in Shibuya.

Another fun detail is the name change in the series versus in real life. The “hi” (氷) in Hikawa Shrine (氷川神社) has been replaced with an identical sounding “hi” (火) which instead of water, means fire.

Smart choice considering the shrine maiden there. It’s like poetry, it rhymes.

This is where a ton of Sailor Moon’s slice-of-life daily interactions and antics around town take place.

This general area is also where you’ll find some of the other places on this list, or at least around and within walking distance of it. It was also an official partner of the Sailor Moon exhibition that was held nearby in Roppongi.

Kimi-chan / Girl with the Red Shoes: 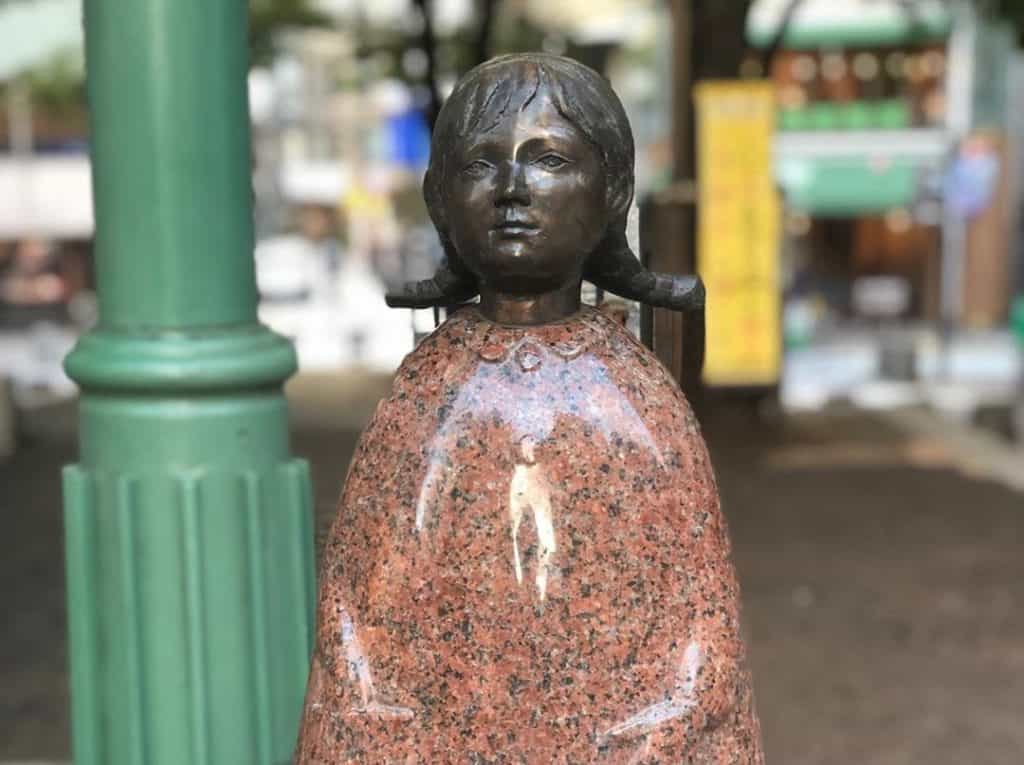 Near Azabu Shotengai, there’s a statue of a little girl that appears several times in both the ’90s anime and Crystal, located in a small cobblestone park. For some background info, she’s from a nursery rhyme called “Akai Kutsu”, or “Red Shoes”, based on a real girl named Iwasaki Kimi who died of tuberculosis at the Toriikazu Church in Azabu in 1911.

Remember the arcade in the show?

It was actually based on a real building, though it wasn’t quite an arcade. Instead, up until 2001, it was a Pachinko parlor.

You can still find the original building in the Azabu-juban shopping district, though now as a McDonald’s. On the second floor of Crown in the show, there was also Crown Fruit Parlor and café that the girls would go to.

Oddly enough, this fruit shop exists separately from the former pachinko parlor, Crown, and is still in business with a big sign that reads: Crown Musk Melon.

The store is named “Marumiya”, and though it doesn’t actually have a café, to this day, comparing the building and sign to its manga appearance, it’s just about identical! A pretty odd connection, but I guess it just goes to show that Naoko Takeuchi really did know the place on a personal level. 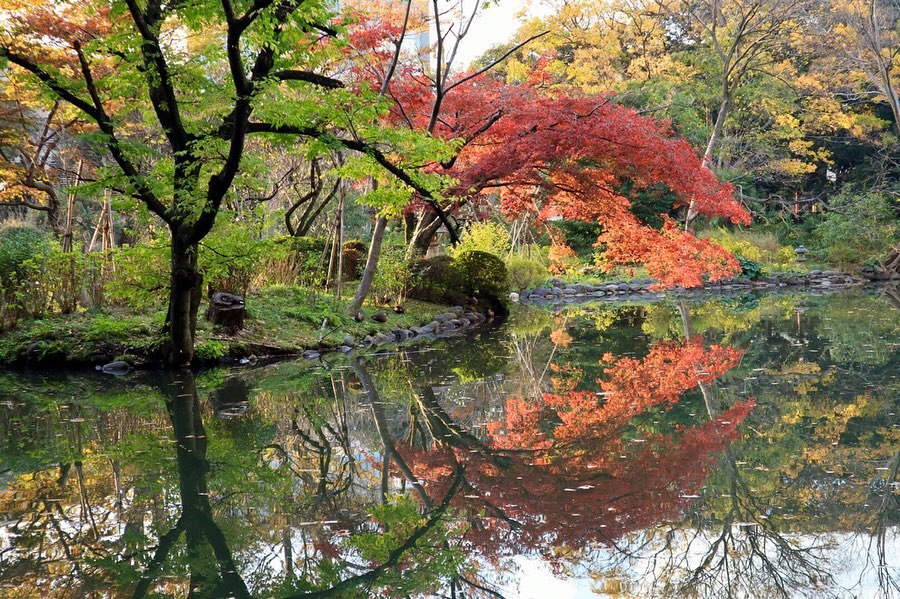 This is a beautiful park in Azabu-juban home to tons of greenery and a clock that was often used as a set piece that Usagi and Mamoru would meet in front of, and later they’d even go on dates here.

Arisugawa-no-miya is also the place where Nephrite dies.

For an extra real location, you can visit this bridge, which was often used for filming all throughout the live action Sailor Moon series.

This is where Usagi meets both Luna and Ami, and also where they later meet Rei.

It’s definitely out of the way of Azabu-juban, since it’s located across Tokyo, but an important location for the live action series, nonetheless.

For more real-life locations of Sailor Moon, check out this fantastic article from Tuxedo Unmasked. 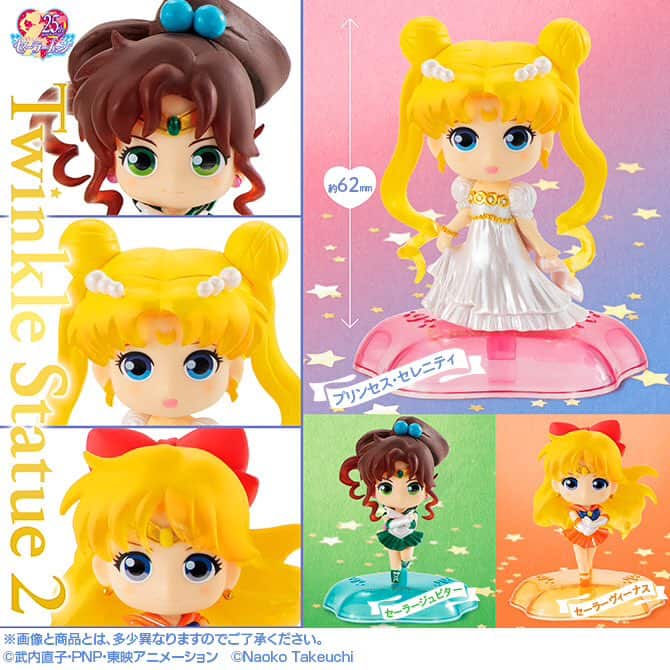 The first permanent Sailor Moon store opened in 2017 for the series’ 25th anniversary, and you can visit it yourself in the fashionable and trendy district of Harajuku.

The Sailor Moon store in Harajuku has everything from proper fashion to character merch like smartphone cases and keychains, all the way to dolls, pillows, and really good-looking replicas of transformation items in the series. 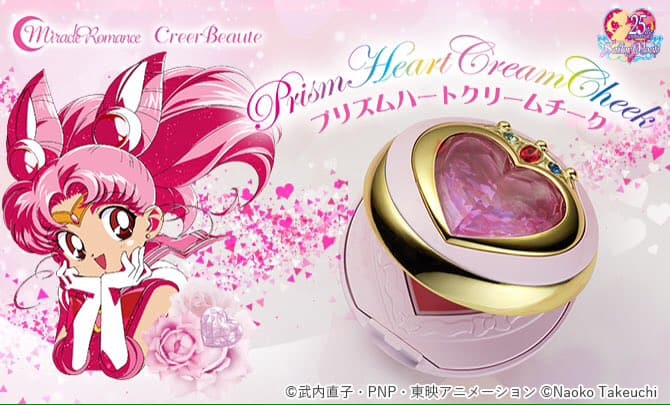 The store itself looks nice too, and it’s very pink! Definitely make sure to stop by while in Harajuku, you can find it in the Laforet building.

While you’re there, you can even stop by Rei’s shrine (live action version) nearby in Shibuya!

Small Worlds is an indoor theme park centering around miniature dioramas, some of which they even put into motion.

And now, they have a Sailor Moon area!

For ticket information, check out their official website, where you can also make reservations.

Note: There is also an Evangelion attraction inside SMALL WORLDS. 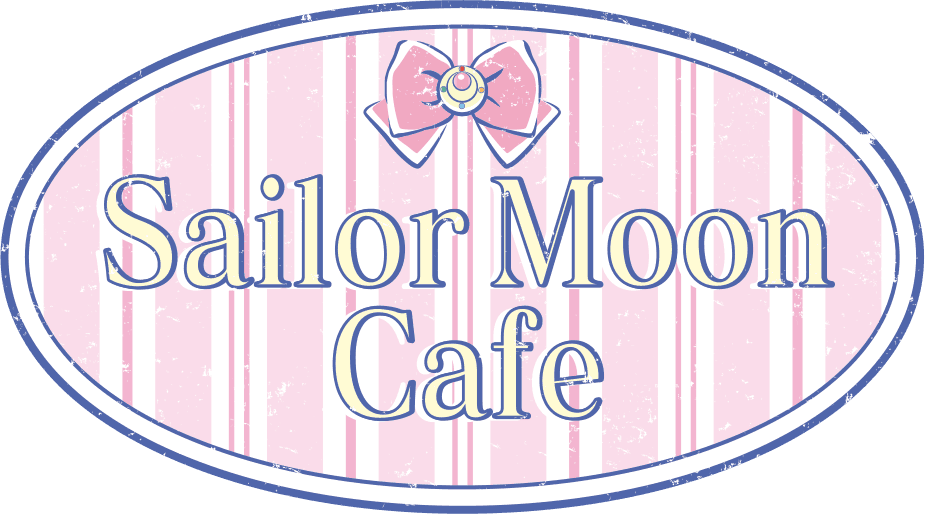 Every once in a while, Sailor Moon will get temporary pop-up stores and cafés. While there isn’t any running at the time of this writing, check Mipon’s events page for updates on new Sailor Moon events! 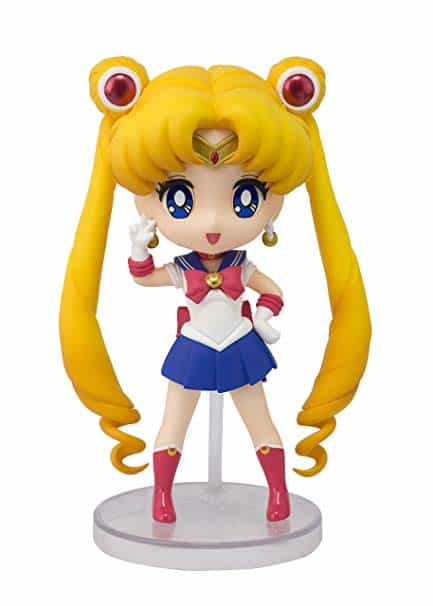 The Sailor Moon store is definitely up there, along with other stores like Kiddy Land (also in Harajuku) which is a toy and collectible store full of Sailor Moon, Ghibli, Tokusatsu, and Japan-exclusive plush.

Another similar store is Hakuhinkan Toy Park, which you can find in Ginza, Tokyo.

For old and out-of-print stuff, I recommend Nakano Broadway and Akihabara. Both are a treasure trove for this kind of stuff, though if you specifically want some rare older stuff, I think you’ll have better luck at Nakano Broadway.

One you might not think to use is Japan’s Amazon. While shipping is usually prohibitively high internationally, if you see something you like, you can have it shipped to a nearby convenience store for pickup. 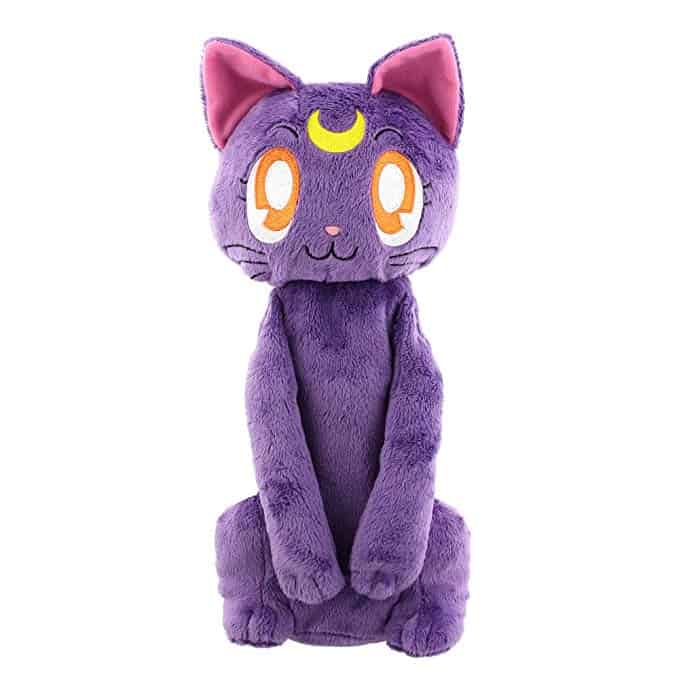 And if you somehow can’t figure it out or your travel plans change, after a certain amount of time it’ll get sent back to Amazon from the convenience store and you’ll get a refund for the item. Finding figures and t-shirts with all the convenience of an online store is actually pretty good if you can’t find the time to seek it out in person.

Unfortunately, the Universal Studios attraction is no longer running, but luckily, there are plenty of other Sailor Moon attractions to see.

By the way, don’t forget that a new Sailor Moon movie is coming out this year!

Did I miss any Sailor Moon attractions around Tokyo? Tell me in the comments and I’ll add them in!

Update: I regret to inform you of the closing of Sailor Moon Stage Show & Restaurant: Shining Moon due to Covid-19; they closed in August, unfortunately.