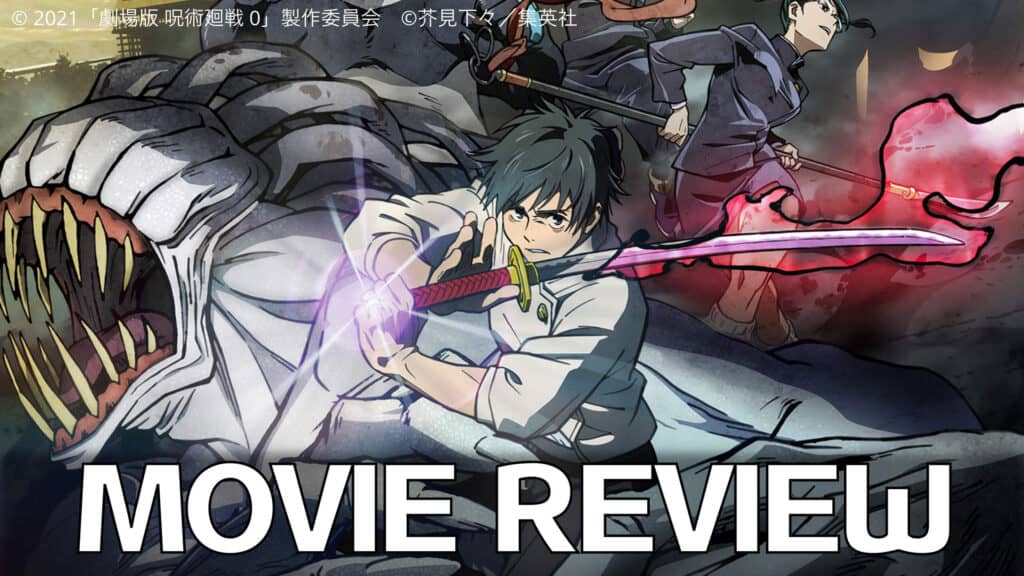 I just watched the movie here in Tokyo, and I thought you might be wondering:

This video is SPOILER FREE  for Jujutsu Kaisen, Jujutsu Kaisen 0, and of course this movie. Also, in case you’re an Anime-only watcher, you can watch this review with peace of mind since I won’t give anything away.

Or, if you prefer read the script.

For those that don’t know, JK 0 is the prequel of Jujutsu Kaisen and therefore 100% canon. In the series’ timeline, it takes place before the events of season 1 of the anime.

Yuta Okkotsu, the main character of the movie, has already been mentioned several times in season 1.

So, compared with other anime movies like World Heroes Mission where the movie didn’t add anything new to the story, this movie fits the main plot and gives a better understanding of the story.

How was the animation quality?

Phenomenal. You can clearly see that the movie had a lot of budget. MAPPA, the animation studio, did an extraordinary job. The battles, the character design, the scenario; everything was majestic. You don’t need to worry about this, the animation exceeds expectations.

Remember that I’ll tell you in a bit whether the movie was worth watching and whether there are post-credit scenes, so keep watching.

How faithful is the movie to the manga? And personally, this is what I cared about the most

Many of you are probably like me–we’re a bit nit-picky about the adaptation being faithful to the source material. I definitely don’t like when the adaptations remove dialogues or scenes. Don’t worry though, since  JK 0 is 100% faithful to the manga. But even though the plot is the same, the movie is 100 times better than the manga. I’ll tell you why in a second.

The manga itself does feel kinda short. But, the way they adapted all the manga panels and how they added additional scenes and battles that weren’t in the manga to make the film a bit longer didn’t feel forced and unnatural. The pacing was fantastic.

Of course it is!

Specifically, I liked 4 things about the movie:

Before I forget, as you guys might know, every time that you watch an anime movie in Japanese theaters you get a freebie. This was the freebie that I got.

If you haven’t read Jujutsu Kaisen 0’s manga should you wait to watch the movie first?

This time, I watched the movie first then I  read the manga to check if I missed something.

As I mentioned before, the adaptation was 100% faithful to the manga; They didn’t miss anything. Since the battles and animation are two of the movie’s main elements, I’d definitely suggest you watch the movie first.

Honestly, wait a bit more until it’s released in your country. The wait will be worth it.

And, as an extra tidbit of information, Kirstie mentioned a real-life location that appeared in the movie. If you’re curious, click here to watch the video.

What do you need to watch or read before watching the movie?

Since it’s a prequel, you don’t need to watch anything beforehand. However, I recommend that you watch season 1 of the anime first, so you’ll have a better understanding of the story. Still, it’s totally fine if you go to the cinema without watching it. This is a good movie to take someone who’s not familiar with the series and you’d like to get them interested.

Where can you watch the movie? Are there any torrents? Or,  is it going to be released outside Japan, and when?

At the moment, you can only watch it in Japanese theaters.

As I always tell you, I know that you’re now desperately looking for the torrent of the movie, but you won’t find it. Japan is quite strict about filming movies inside the cinema. And keep in mind that downloading a torrent is illegal and you might get into trouble, not to mention that less revenue affects the ability of creators to make content. But, I’ve good news for you. Crunchyroll has recently announced that the movie is on the way to theaters in the United States, United Kingdom and Canada on March 18.

Beyond North America, the film is coming soon to other territories, which will be announced soon.

Is there a post-credits scene?

Yes, there is, but it wasn’t an announcement of a new movie or TV anime. What’s more, the scene doesn’t appear in JJK or JJK’s manga.

It’s an anime original scene but it complements the story very well in anticipation of upcoming events. If you want me to explain this scene or the battles that were not in the manga but were in the movie,  subscribe now, because I might do a with-spoiler review where I can describe these scenes in detail.

So, let me know in the comments which questions you want me to answer you in our possible with-spoiler review.