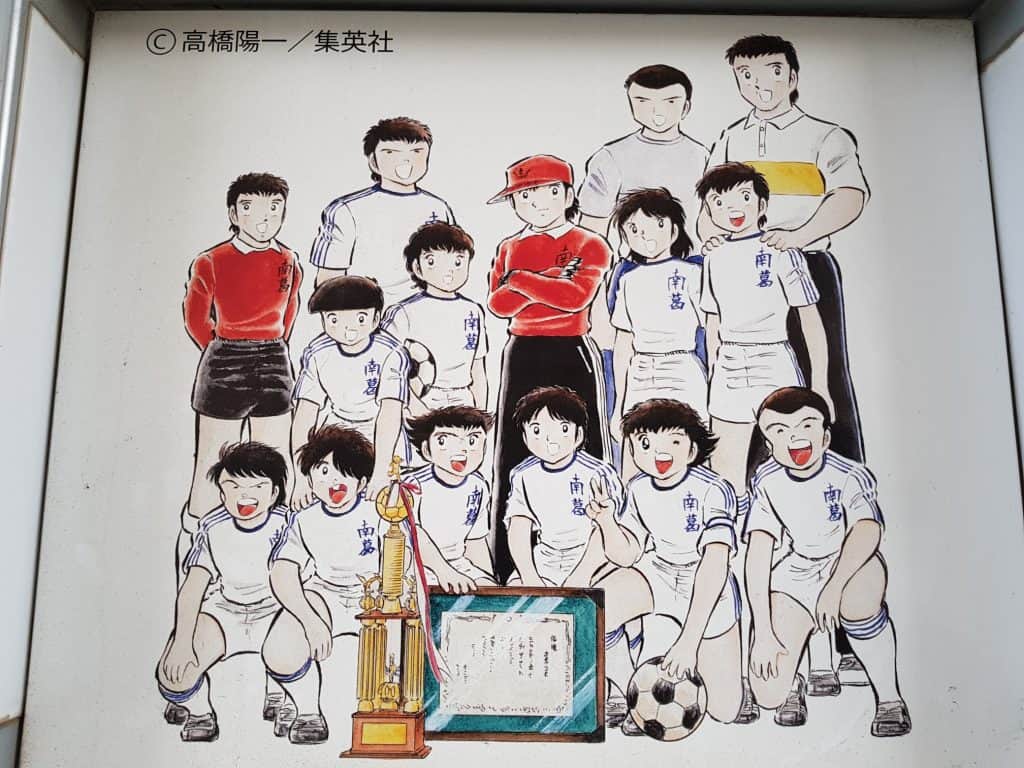 I revisited the town on August 18th. I updated the whole article 😀

Are you visiting (or living in) Japan and are a big fan of Captain Tsubasa?

If so, keep reading!

There’s a whole town themed after Captain Tsubasa in Tokyo.

Seriously? Yes, and you can take a picture with Kojiro Hyuga, Taro Misaki, Genzo Wakabayashi, Ozara Tsubasa himself, and more.

I’ll also tell you how to get yourself a free bracelet of Captain Tsubasa while you’re there.

In Katsushika, Tokyo, the hometown of Yoichi Takahashi (author of Captain Tsubasa), you can find:

Here are some pictures of how Yotsugi station looks: 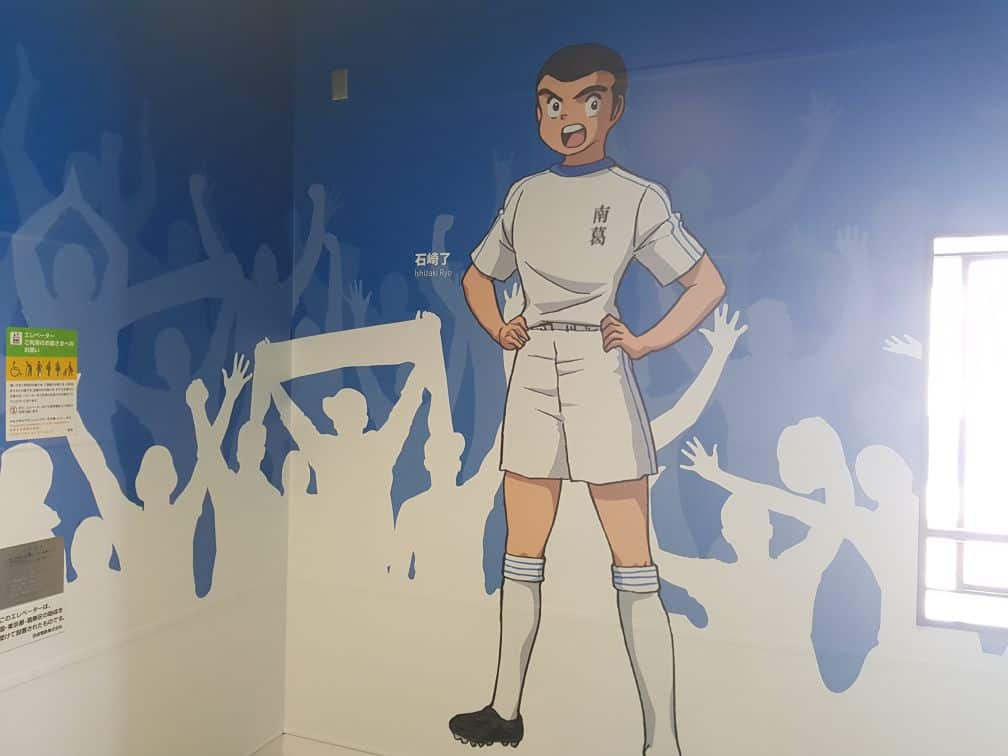 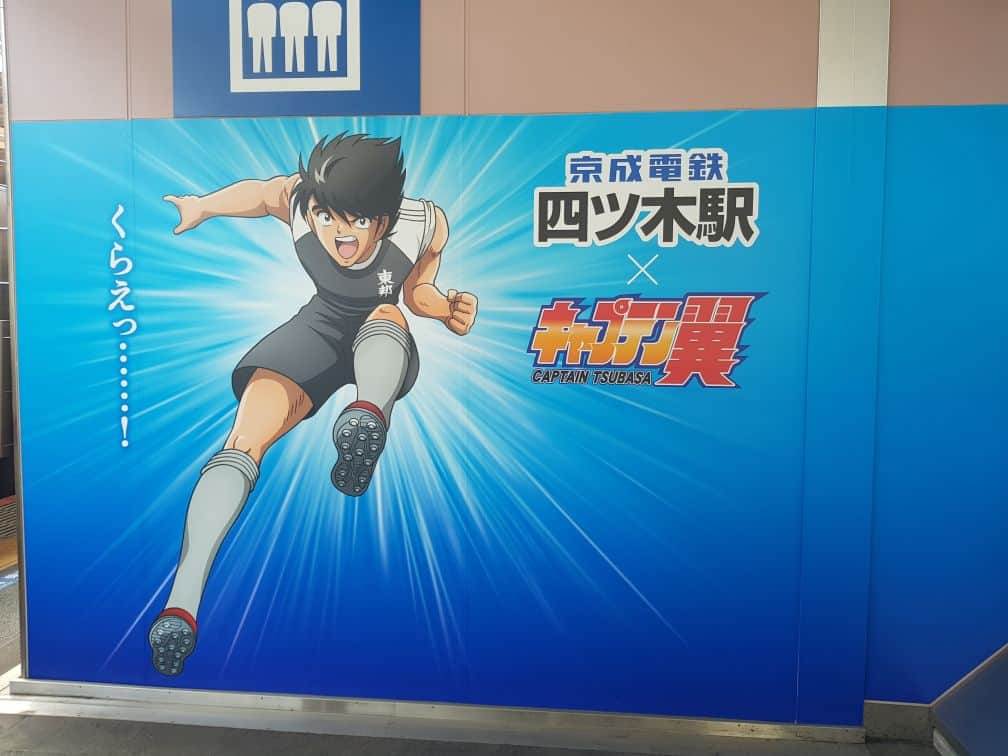 Even the statue of Iniesta is in the station. 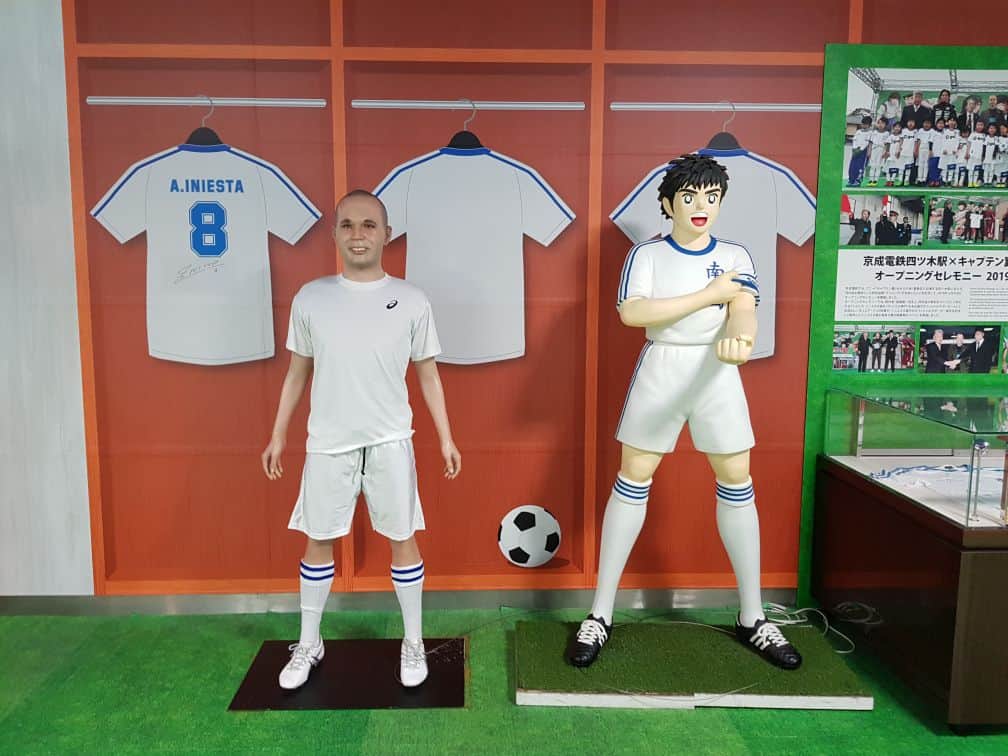 Once you get out of Yotsugi station, you’ll see an illustration of Tsubasa Ozora and his team above the footprint of Yoichi Takahashi. 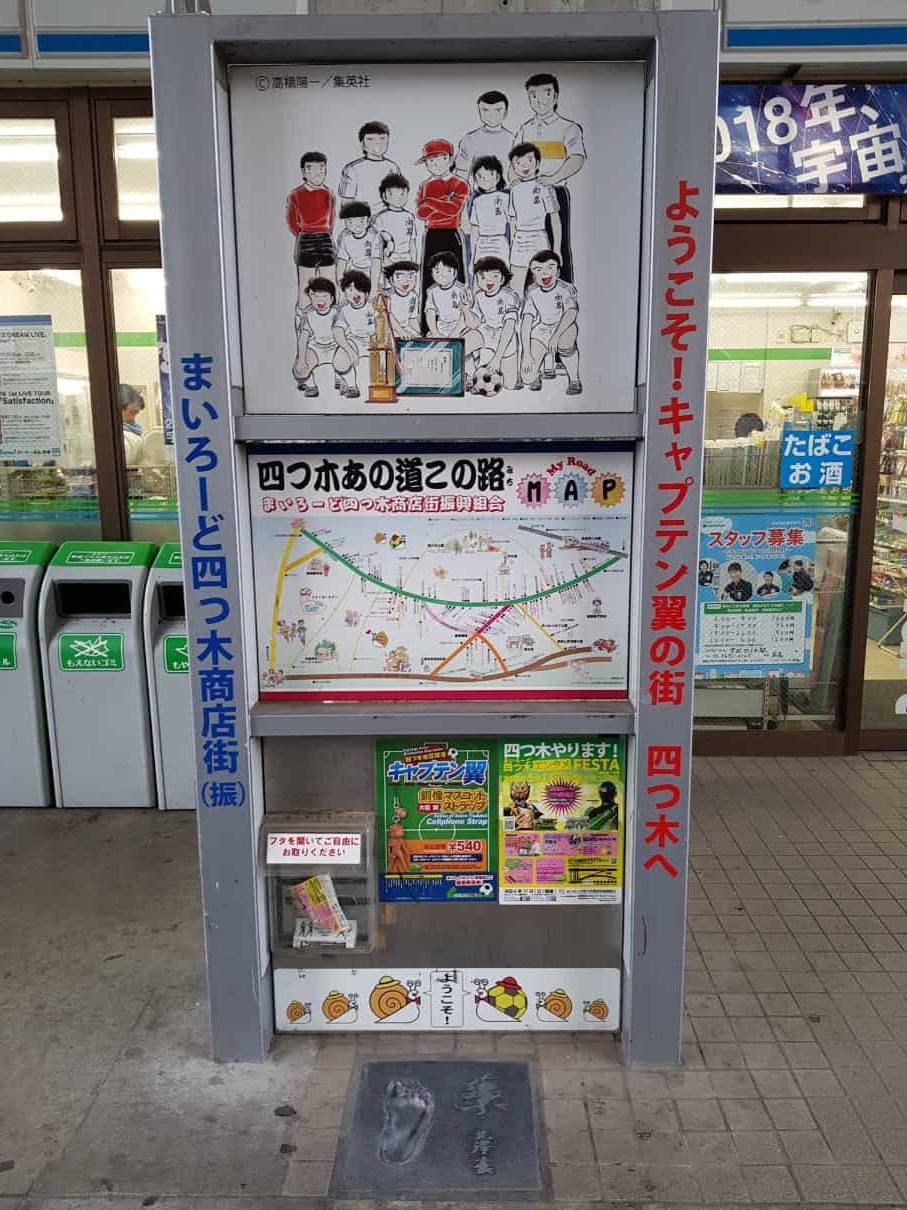 Also, while you’re walking around, you’ll come across a number of spots decorated with images of Captain Tsubasa.

Even the fire department has a big poster of Tsubasa Oozora. 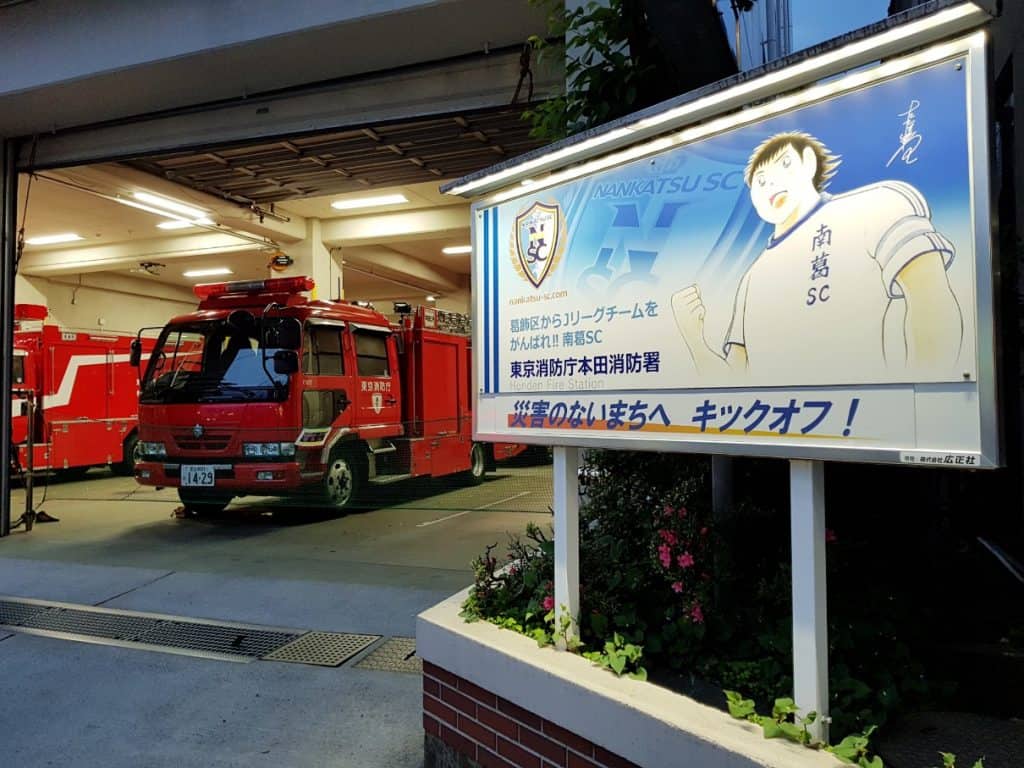 The town’s main attractions can be categorized into four parts:

In total there are 9 bronze statues including  Kojiro Hyuga, Taro Misaki, Genzo Wakabayashi, Ozara Tsubasa, Roberto Hongo among many others.

* When you arrive at Yotsugi or Keisei-Tateishi station,  don’t forget to take the map of the statues. 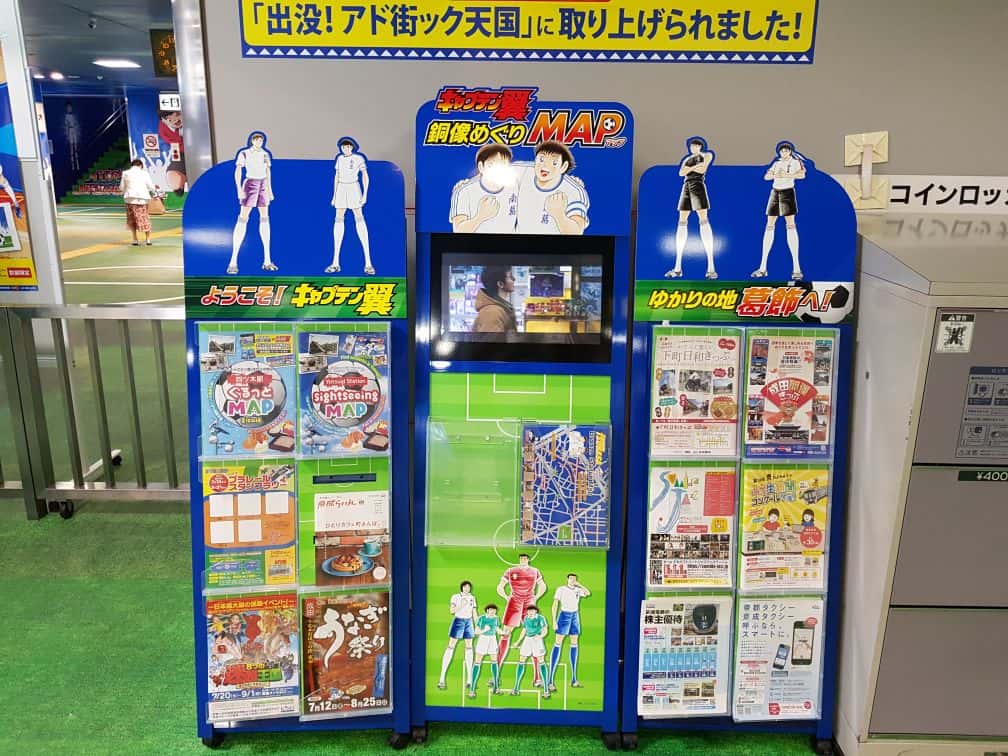 For more information about the statues check out this link: 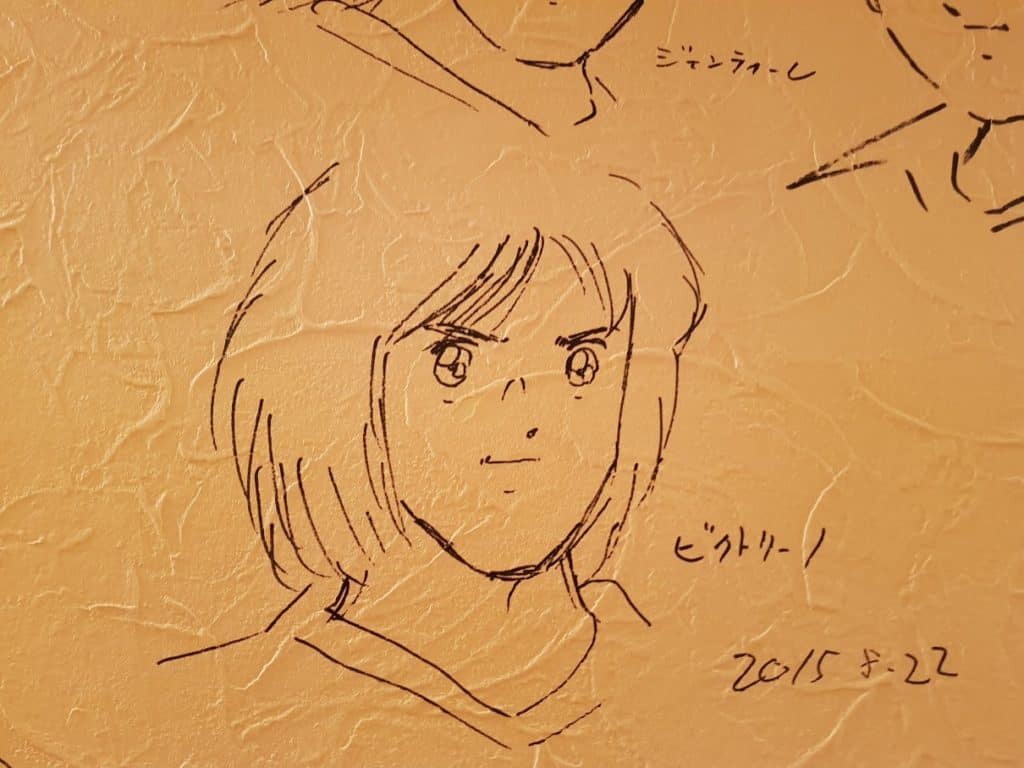 On the restaurant’s walls, Yoichi Takahashi drew Tsubasa, Kojiro Hyuga, Taro Misaki, Genzo Wakabayashi, and other characters from the series.

You will also find several pictures, jerseys, and photos signed by the famous mangaka.

The food is quite good, and the price is affordable.

In this post, I give you more details about it: 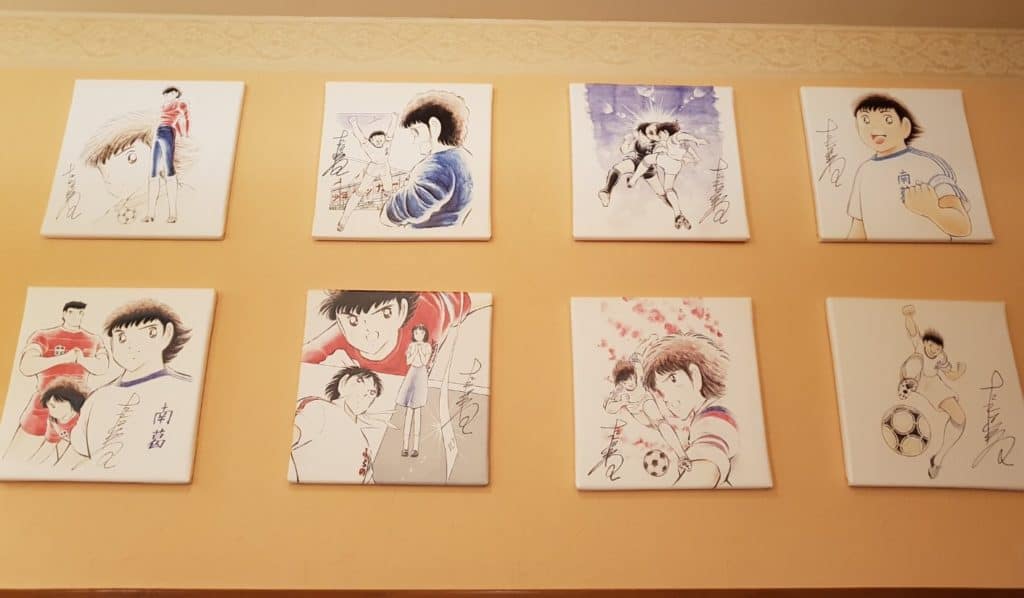 Inside Katsushika City Okudo Sogo Sports Center you will run into the statue of Tsubasa Oozora and dioramas of the most iconic scenes of Captain Tsubasa.

For example, you’ll find a diorama of the scene where Oozora shoots a ball under a bus and Genzo Wakabayashi catches it. 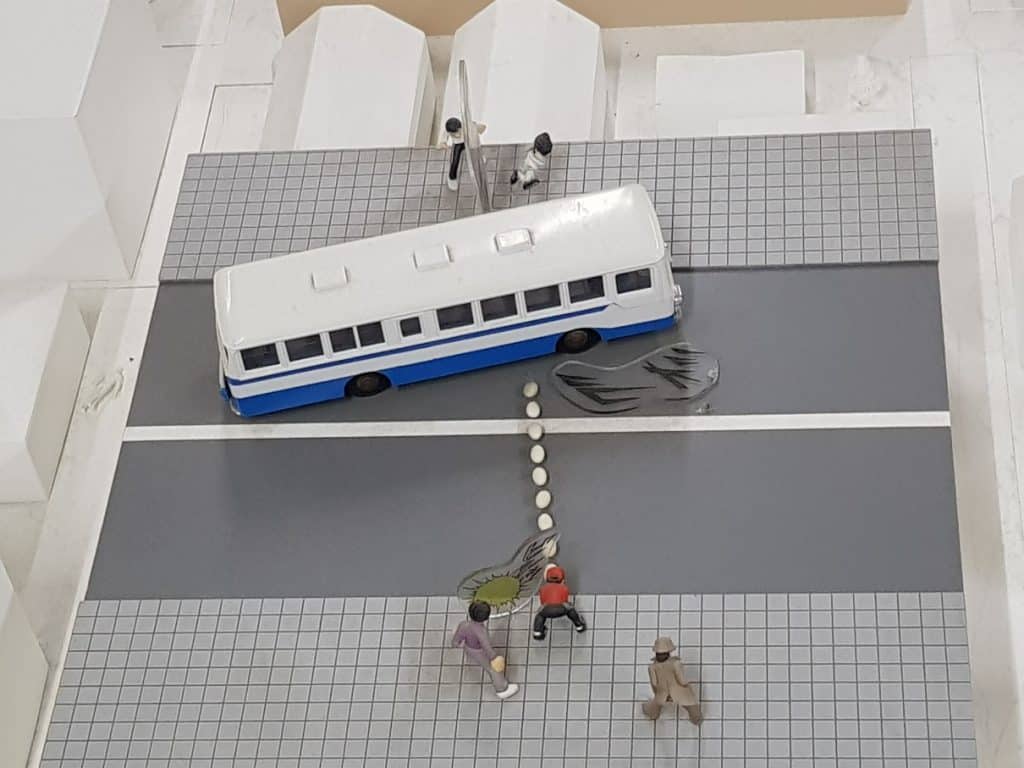 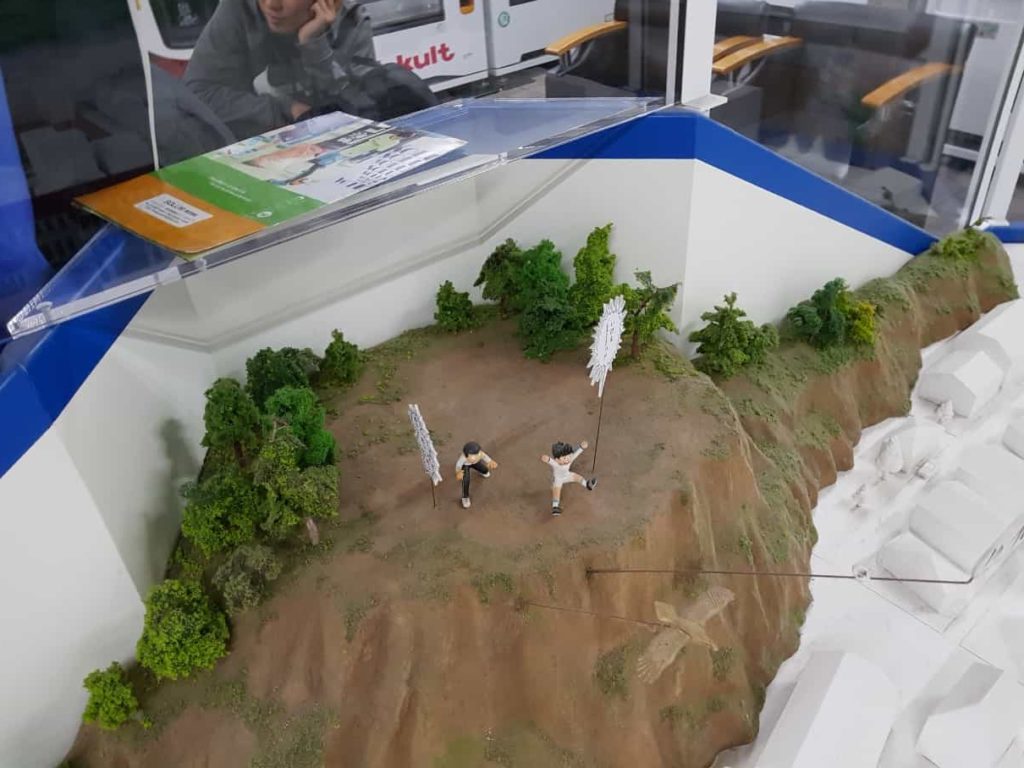 SOLUM Store is a store that sells official products of  Captain Tsubasa.

Note: Yoichi Takahashi’s office is located on the second floor of the store!

I couldn’t find the working hours of the store, but it looks that is close on Sundays. 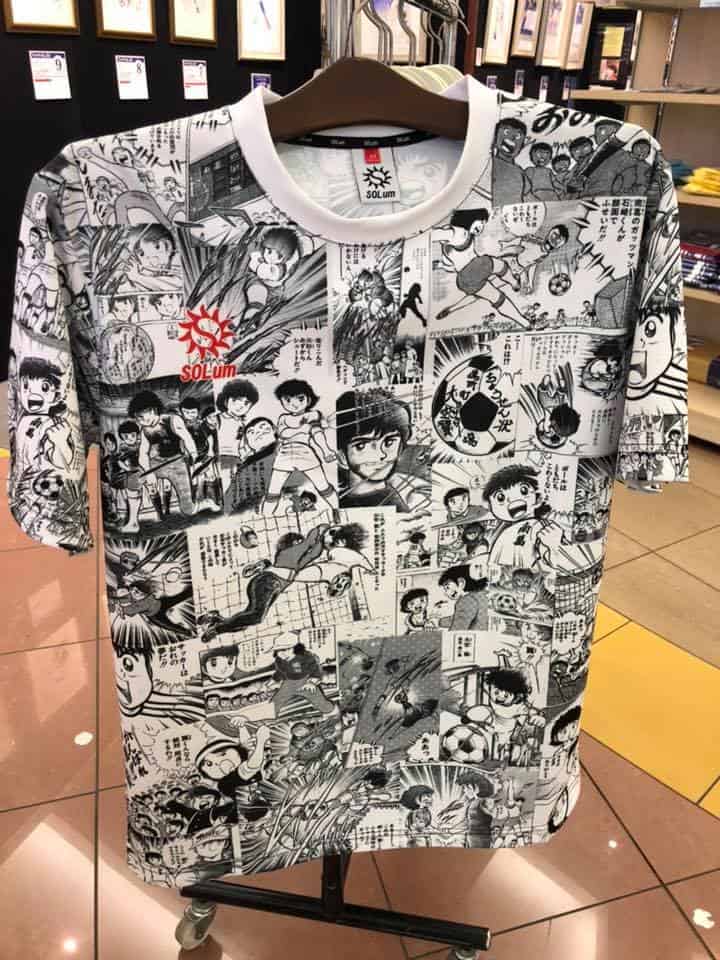 Note: One of Mipon’s users told me that he couldn’t find the jersey of Captain Tsubasa. 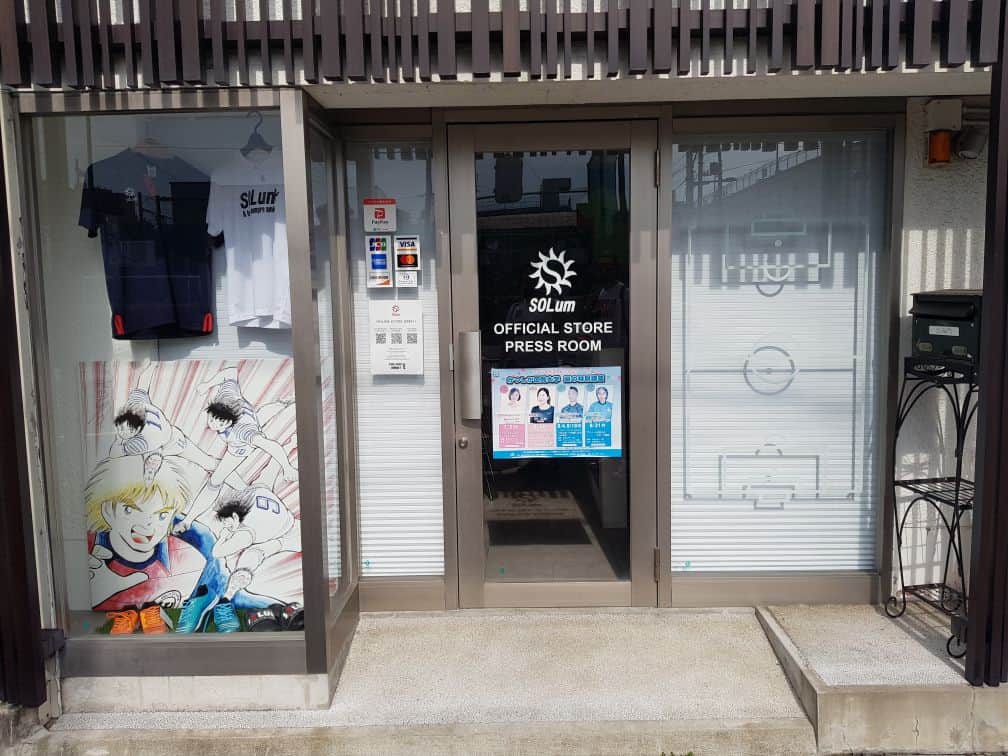 You can get the bracelet at the restaurant mentioned above. I don’t know if you can find it in other places. 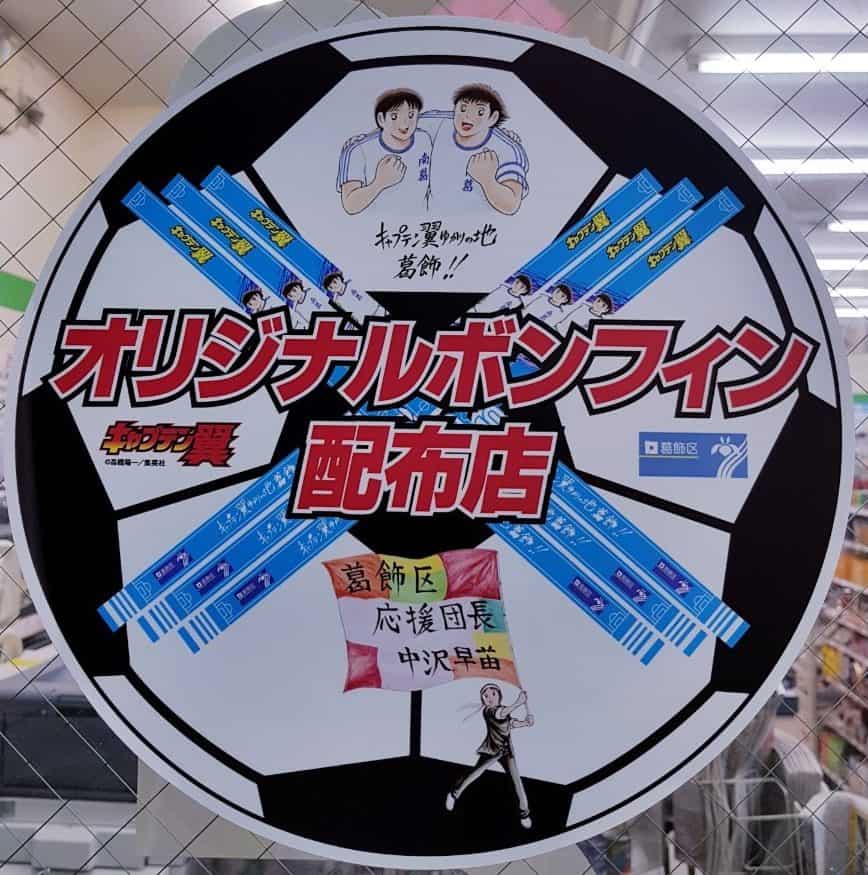 You can get to the town of the Captain Tsubasa in Tokyo either by Yotsugi or Keisei-Tateishi station. I recommend you start the tour from Yotsugi.

The biggest reason is that the tour becomes more comfortable that way. The official map also recommends you to start at the Yotsugi station.

* Yotsugi is 35 minutes by train from Shinjuku and 41 minutes from Shibuya.

Twenty-four hours, but go before sunset.

I couldn’t find the working hours of the store. The two times that I visited the Captain Tsubasa’s city was on Sunday and the store was closed. So, I suppose that it’s close on Sundays.

From 4 to 5 hours is the time that you need to walk around all the town. If you do not have much time at least go to the store and the ninth statue (Ozora kicking a ball).

The town of the Super Champions is a bit far from the center of Tokyo, but there are several tourist places nearby (around 20 minutes by train).

I would recommend that you go first to Ueno, Asakusa or Akihabara and around 2 pm go to the Yotsugi station and when you finish you go up to the Tokyo Skytree.

If your partner doesn’t like Captain Tsubasa, he/she can walk to Ueno Park or Asakusa while you take a picture with Ozora and friends.