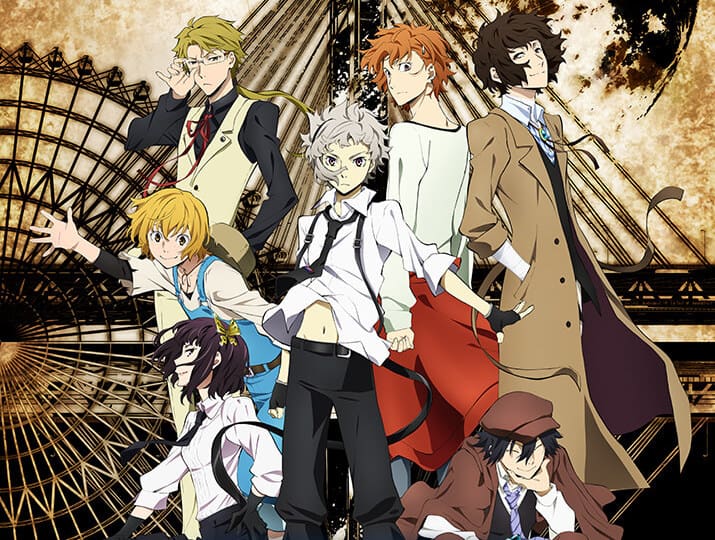 Are you a fan of Bungou Stray Dogs? Or, are you someone in Ginza looking for a unique bar to visit? 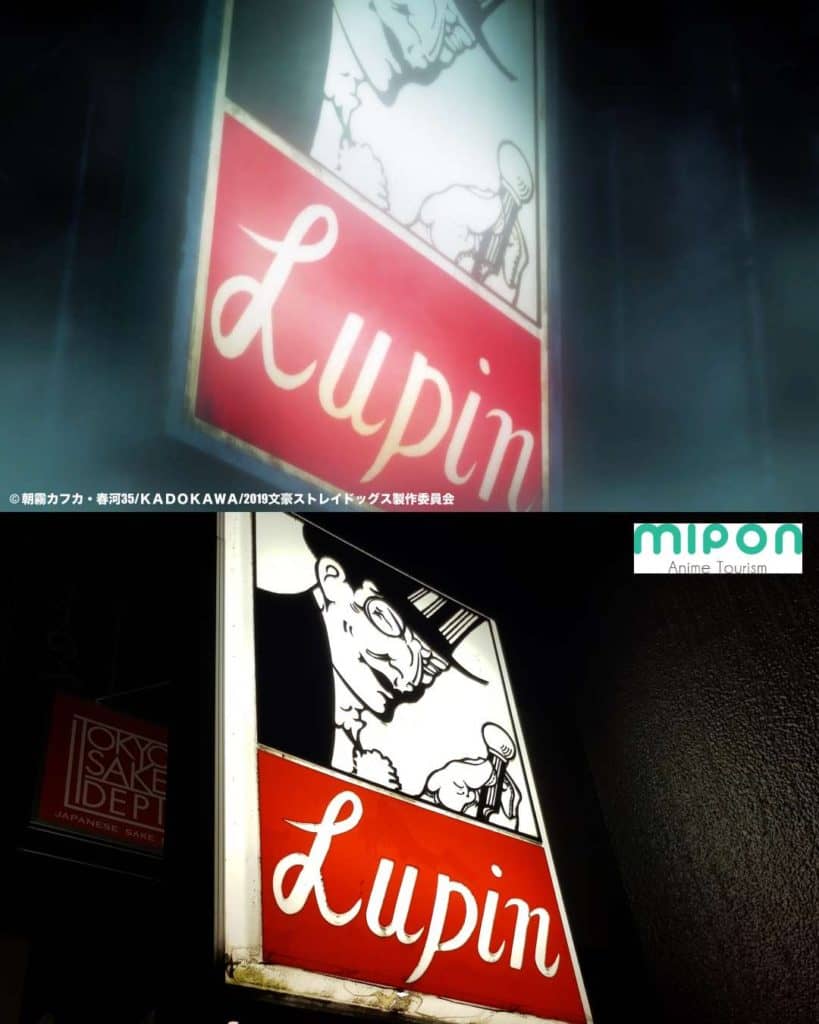 If you are familar with the anime, you’ve probably already noticed that most of the characters in Bungou Stray Dogs are based on real, historical Japanese artists.

As it turns out, during half of the 19th century, Oda Sakunosuke, Osamu Dazai & Ango Sakaguchi used to drink at Bar Lupin. 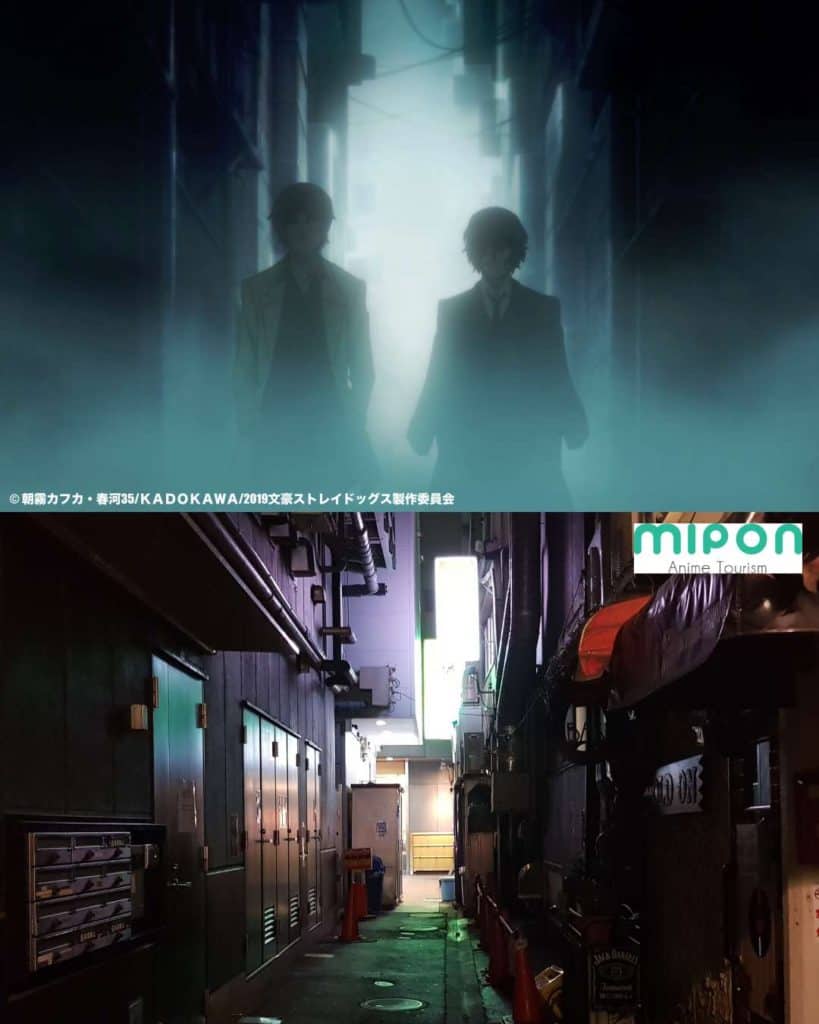 And the bar still exists in real life; it’s one of the best bars in Ginza, Tokyo!!

I’m impressed that the mangaka of this series, Kafka Asagiri, went in to so much detail when he was writing this manga.

Bar Lupin is a wonderful way to connect anime with real life, as Mipon aims to do as well! 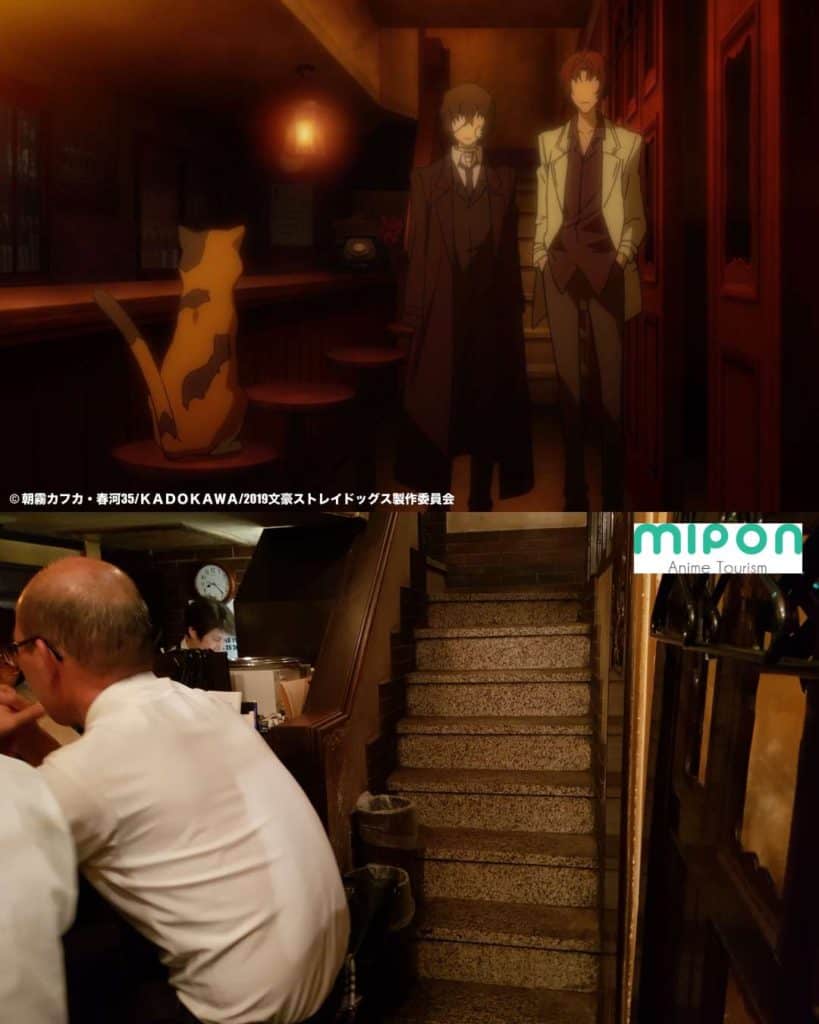 According to the information that the bar provided me:

“Lupin, Ginza” opened in 1928. For the opening, the bar was supported by some great literary masters; Tom Satomi, Kyoka Izumi, Kan Kikuchi and so on. In 1941, due to the war, Lupin was banned from using a foreign name. During the postwar days, the place could not sell liquor, therefore Lupin was restarted as a coffee shop in 1946.
After that, the bar procured alcohol by many years and sold it secretly until liquor was allowed to be sold freely. Around 1949, most of Lupin’s guest was from publishing companies. Among them, they were some novelists know as so-called “Burai-ha,” or a rough group such as Oda Sakunosuke, Osamu Dazai & Ango Sakaguchi. In 1995, Yukiko Takasaki, the landlady who had been present since the opening of the bar passed away. Miss Takasaki’s wish is Lupin to be a bar and that’s what the place is trying to maintain.

Note: The above paragraph is a brief overview of the official history of the bar. Not something random that I found online. When I visited the bar, they gave me a pamphlet with this information. 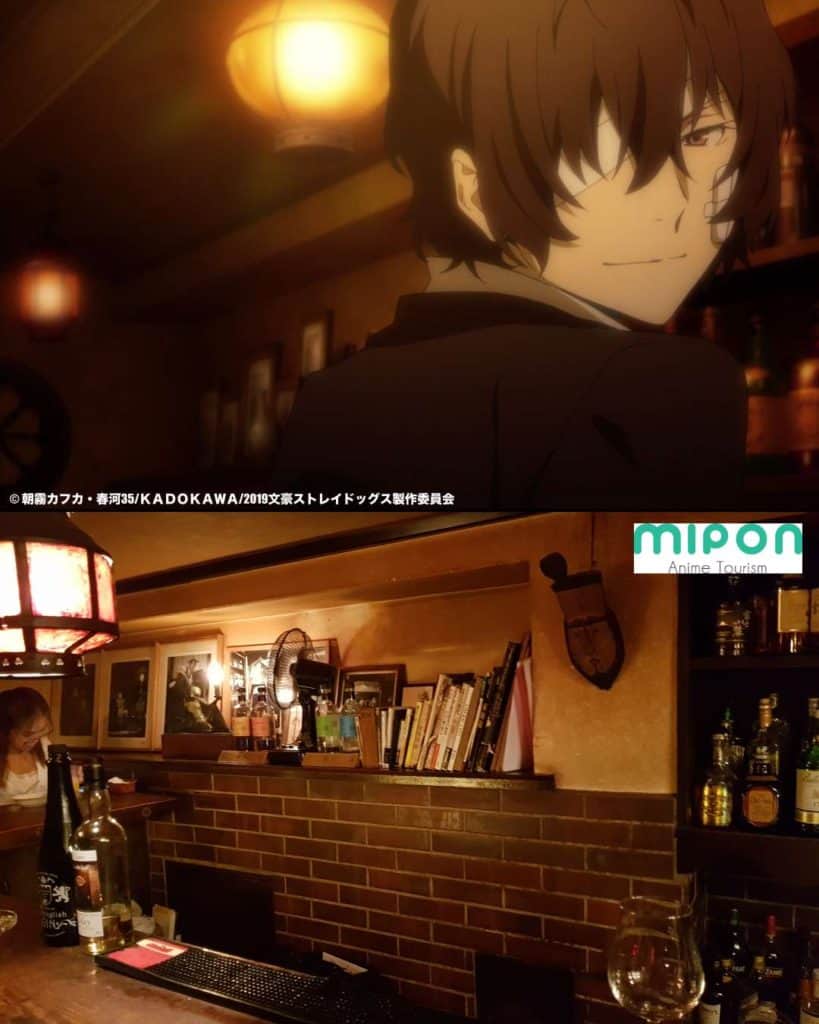 A picture of Odasaku drinking in Bar Lupin in episode 1 of season 2. 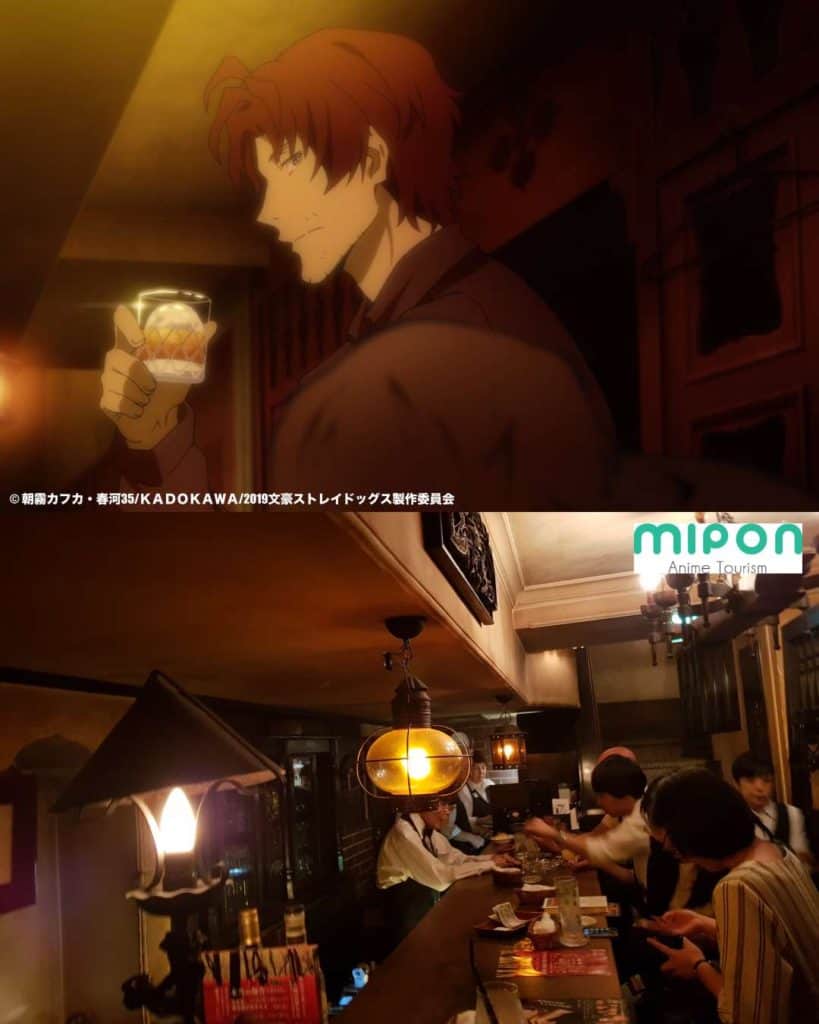 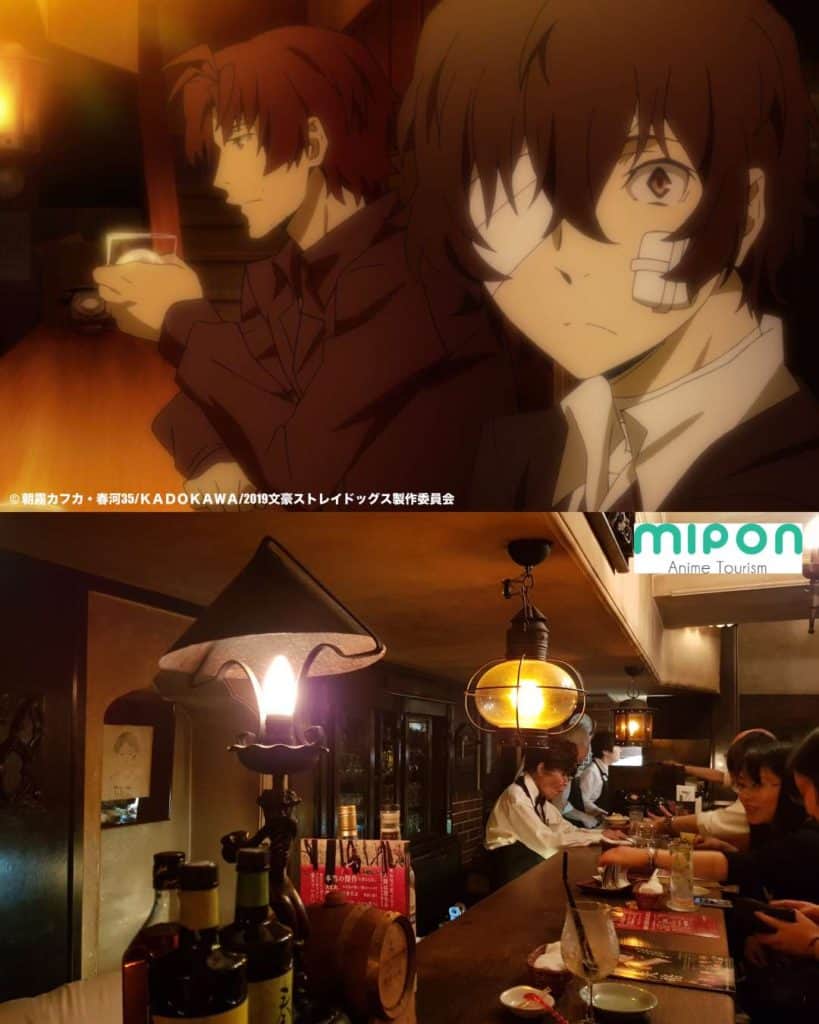 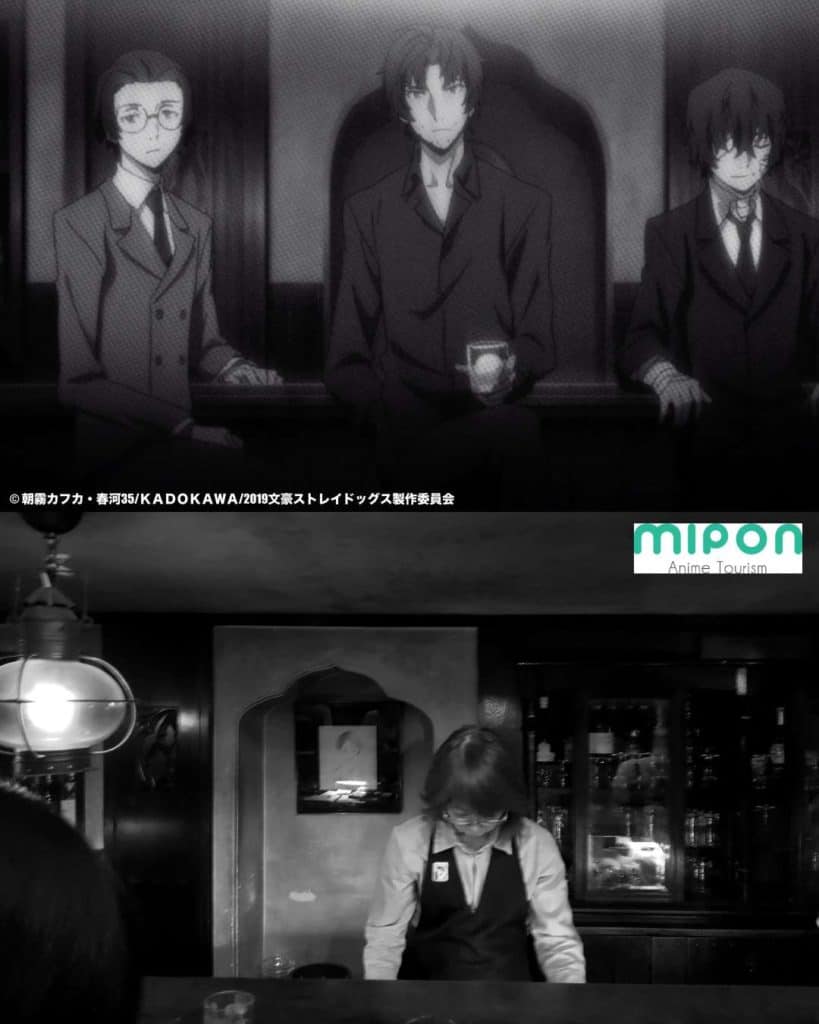 Here is a photo of the recommended drinks that are on the menu: 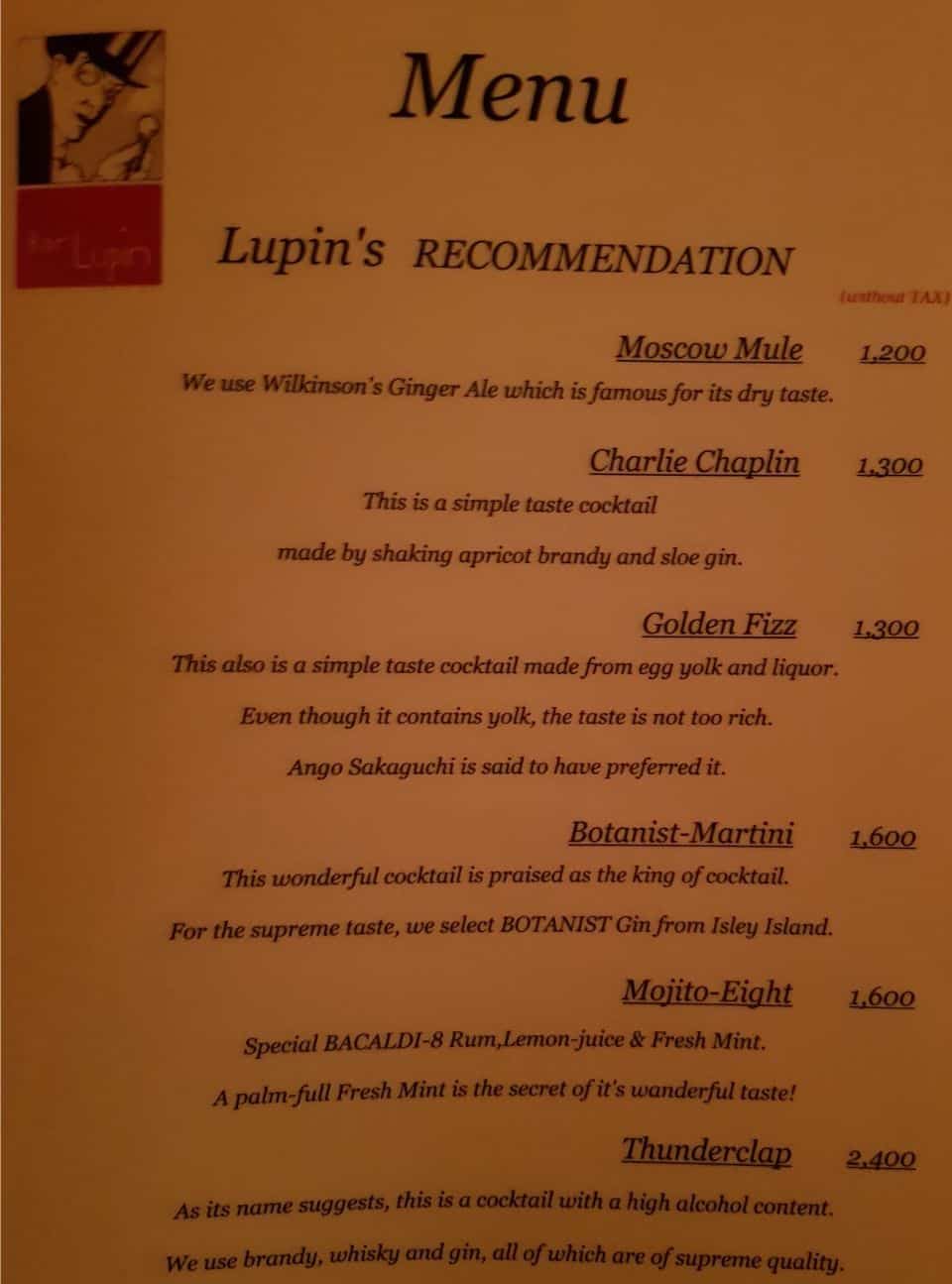 Here are some things that you’ll need to know before going to this bar:

Finally, I asked the bar staff for the names of the drinks portrayed in the anime, but, unfortunately,  they didn’t know. 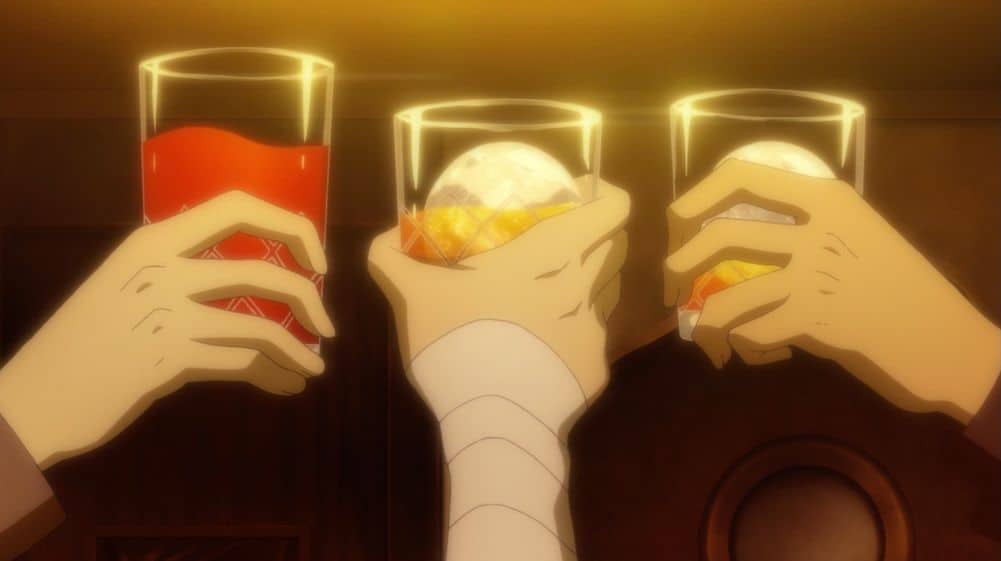 One more thing:  Included in the cover charge, you’ll get a free match box. Yes, those are the same matchboxes that Dazai was holding at the end of season 2. 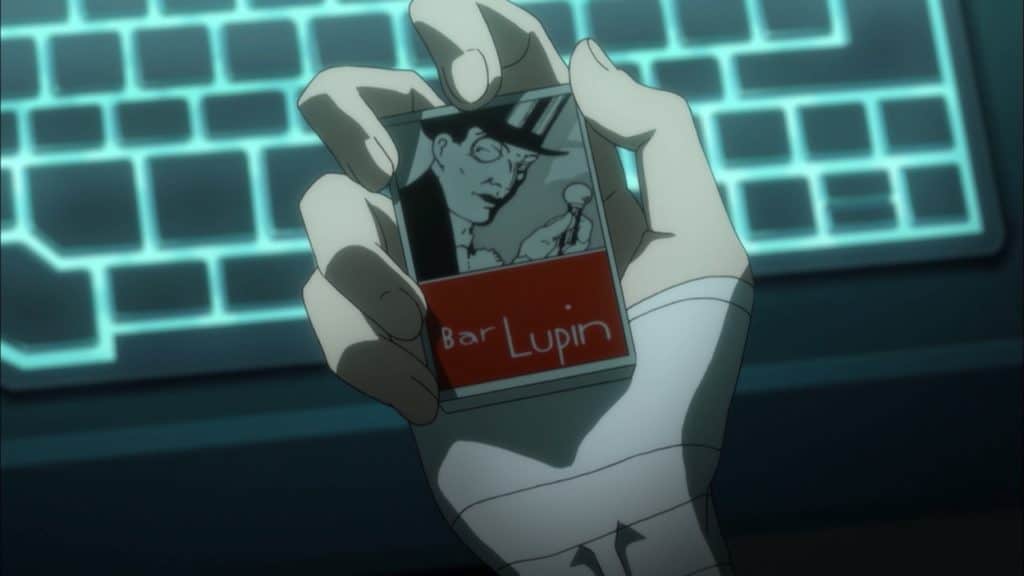 Whether or not you’re a Bungou Stray Dogs fan, you’ll enjoy drinking at this place. This is a bar with a lot of history and cultural significance that has been open since 1928!!

The best part of the bar is that you’ll be able to sit in the same place as the great Japanese artists and writers. And at the same time, you’ll be visiting one of the anime pilgrimage’s spots of Bungou Stray Dogs. You’ll be killing two birds with one stone!

Tuesday – Saturday (even on National Holidays)

You can find more info on the official website (www.lupin.co.jp) of the bar.