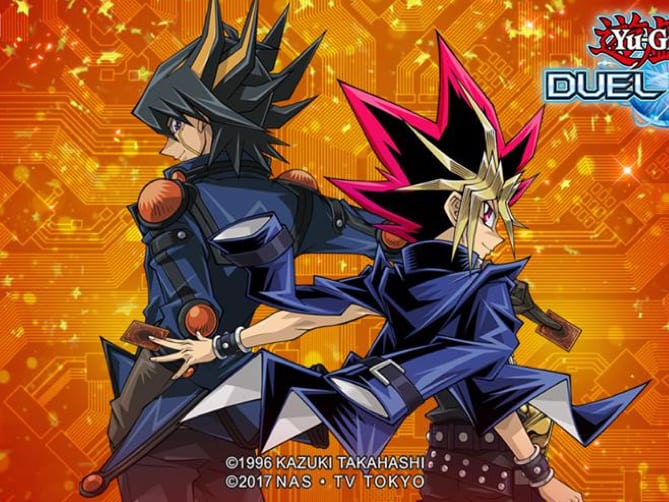 Let me guess, you started playing YGO Duel Links, and you loved it.

Now, you want to know more about the game and especially how to quickly get to King Of Duels.

You are in the right place.

In this post, I will tell you the YouTubers that you need to follow if you want to become a great duelist. And, of course, know all the tricks in Duel Links.

As a piece of advice, it helped me a lot to see how skilled youtubers played to improve my game.

I want to clarify that this list isn’t in any specific order.

Robert Tanney (a.k.a Dkayed) is a Twitch Streamer and Youtuber. He is the most popular duelist in Duel Links and undoubtedly one of the best duelists in the world.

Some of his achievements includes:

He also participated in World Championship 2017 and 2019. He was the only that beat the player who would later become the World Champion 2017.

Dkayed is the leader of the largest Duel Links community in the world. In his Discord are the best players. Big names like Timmy and TupTup are active users.

Also, in his Discord, you will find:

For only 5 dollars a month, you can join his Discord. The main benefit is that you will know how to become a better duelist and how to rank to King of Duels easily.

And, of course, talk with other users about this beautiful game.

Dkayed organizes weekly and monthly tournaments with an attractive amount of prize money.

These tournaments are an excellent opportunity for you to prepare for the KC Cup and WC qualifiers.

And no, Dkayed is not paying me anything for this post.

Going back to the Youtube topic, try to watch as many of his videos as you can. In each of them, he makes an in-depth analysis of the game.

He also explains to you how to counter your opponent, which are the most powerful decks, etc.

Look carefully how he plays. Believe me, you will learn a lot.

With more than 100k subscribers, Gunzblazing is the most popular and charismatic Duel Links’s YouTuber.

Gunz finished 4th in North America’s qualifiers for the World Championship. Like Dkayed, he is an excellent duelist.

Gunz is also a Twitch Streamer and has its own Discord. Both are incredible, I highly recommend that you subscribe.

In Gunz’ channel, you can find everything from competitive decks to videos on how to farm characters.

Also, he has several videos using fun decks that are great to relax without thinking too much about being competitive.

Gunz is perfect if you want to relax and entertain yourself watching Duel Links.

What I like most about Gunz is his charisma. The way he narrates his videos and of course his exceptional level of gameplay.

I would love to see Gunz commentating/announcing a Duel Links tournament!

Am I the only one who’d want that?

By the way, just recently GunzBlazing finally revealed his face. 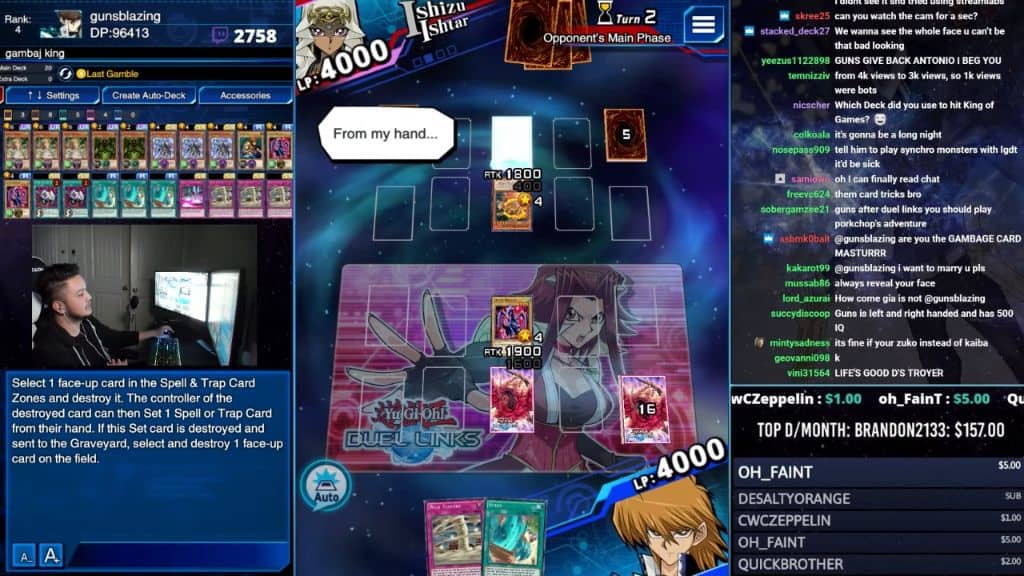 Timmymon is the winner of the first World Championship (2017) of Duel Links.

Aside from that, he also participated in the 2018 edition of the World Championship.

That’s right, this guy participated twice in a row in the highest level Duel Links tournament in the world.

Timmy is part of the very exclusive club of duelists called King of Duels. The man is living all of our dreams.

By watching his videos, you can learn from the YGO Duel Links World Champion.

With more than 20,000 subscribers, Playmaker is another Youtuber that is worth mentioning.

Playmaker has excellent videos with unique decks both competitive and fun.

It is an excellent option if you want to be a great duelist.

MasKScarin or a.k.a the “King of Farming.” Mask uploads the best videos to farm characters.

I remember that whenever there was a new event in Duel Links, he was the first to upload videos of how to farm a particular character.

Like Gunz, Mask is quite fun, and his energy can really rub off on you. Unfortunately, he has not uploaded many Duel links’s videos in the past months.

Come back soon MaskScarin, we miss you!

Watching Dkayed and Gunz’s videos helped me a lot to reach King Of Duels and to play YGO at a competitive level.

Doing the above, I guarantee that you will play Duel Links at a competitive level.

Playing Duel Links is exciting. And, I’m sure that the list of the best youtubers is going to help you a lot to be a better duelist.

Now I would like to hear from you, what is your favorite youtuber? Is any other Youtuber that is worth adding to this list?