The Evolution of the Anime Industry – What is Shousetsuka ni Narou? 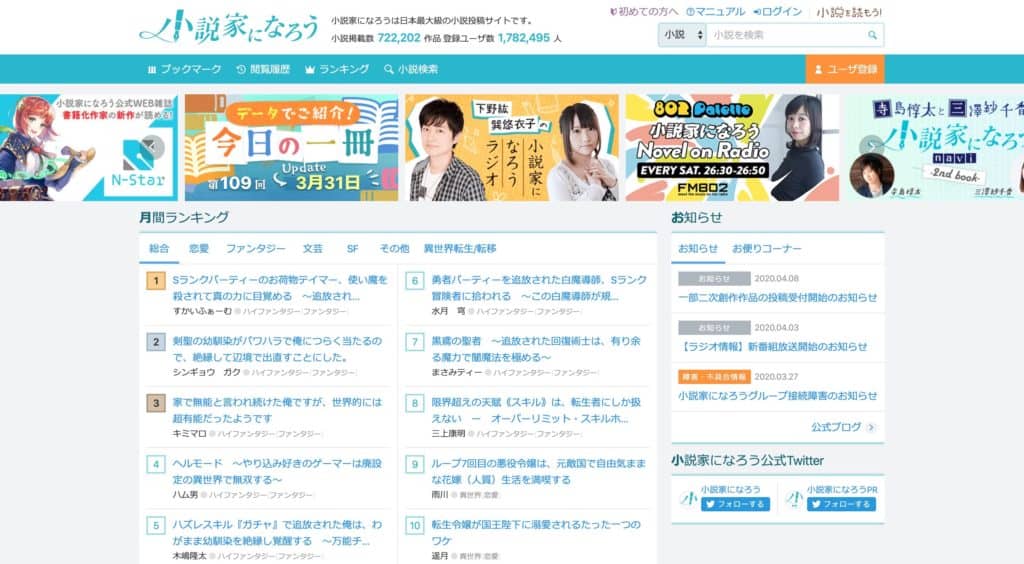 So, you’ve probably heard of these popular anime:

But what do they all have in common?

Well, keep reading to find out!

But before I start, I’d like to make clear that every time I write an article like this, the research done is mainly performed in Japanese.

Lastly, it was proofread by my Japanese anime-enthusiast friend, bellvvq.

And now, let’s go over some basic vocabulary for this article:

In recent years, most anime has originated from web novels. The process looks something like this:

What does Shousetsuka ni Narou mean?

What is Shousetsuka ni Narou?

Shousetsuka Ni Narou (Let’s Become a Novelist) is Japan’s largest website where anyone can post and read novels. You can publish & read novels free of charge. The website is 100% free.

The full name of the website is Shousetsuka Ni Narou, but it is commonly known as “Shosetsu” or “Syosetu”.

If you’re wondering where to find a good web-novel and practice your Japanese skills. Check out Shousetsuka ni Narou!

The Evolution of The Anime/Manga Industry

You might be wondering why I’m telling you about this. Why is this important to know?

Because as a fan of otaku culture, I think it’s good to be aware of how the anime & manga industry has been evolving.

Around the middle of the decade in the 2010s, instead of creating new stories, the big company publishers started to publish top-ranked novels on Shosetsu.

It was a lot easier than making whole new novels by themselves, so they started publishing novels that were popular at the time.

However, after they finished publishing all the popular titles, there were no major titles left on Shosetsu. As a result, they finally started to publish the titles that were once popular in the “dawn age” of  Shosetsuka.

For example, Rising of the Shield Hero appears to be a very new title since it was animated in 2019, but it was first written in the dawning age of “Shosetsu.”

Rising of the Shield Hero is one of the site’s long-beloved titles, so it attracted many people when it was adapted.

Another popular novel that is getting an anime is Mushoku Tensei: Jobless Reincarnation. It aired on January 2021, had an OVA In March 2022, and will be receiving a season 2 in the future.

This was also written in 2012, during the rise of Shosetsu. Mushoku Tensei was also a longtime fan favorite.

Many people think that this adaptation be a hit, as previous “dawn age” titles were super popular when they were animated.

In summary, the process of publishing these kinds of anime is:

An amateur writer publishes their story on a free novel-sharing platform (like Shosetsuka Ni Narou), and the story then becomes popular enough that it eventually becomes an anime.

As a fan of otaku culture, I think it’s a very valuable thing to be aware of how anime gets its source material.

I’m writing a novel, should I publish it on Syosetsu (Shousetsuka Ni Narou)?

If your novel is translated into perfect Japanese, I think that it could be a good idea. Otherwise, Syosetsu is not an English-friendly website. All the novels are published in Japanese. 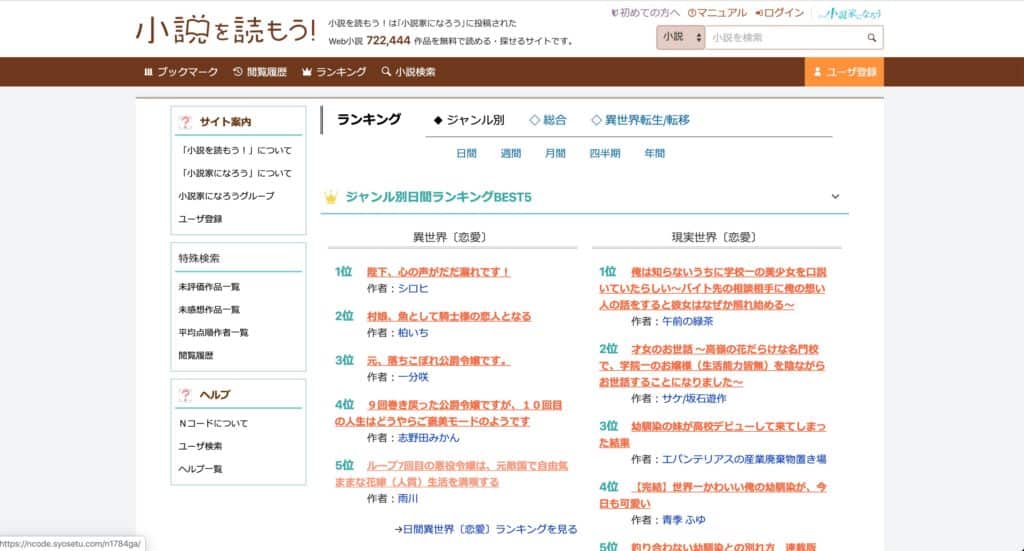 What are some Japanese light novels which started off as web novels before being made into manga/anime?

All of these novels were published first in Syosetsu (Shousetsuka Ni Narou).

As for Overlord, it was first posted on Arcadia, the second-largest amateur novel website, and was later posted on Shosetsu.

Are isekai novels the only stories that come from Shousetsuka ni Narou?

Most of them, but not all. For example, The Irregular at Magic High School is not an isekai and it was originally published in Syosetsu.

Also, some of them are not even targeted at otakus. For instance, I Want to Eat Your Pancreas, which is also from Syosetsu, was made into a live-action film first and then into an animated movie.

Some novels that have become anime have already been finished.

For example, the original story of That Time I Got Reincarnated as a Slime is complete, and you can read the whole story for free here.

Others, like the original story of The Irregular at Magic High School, were wiped from Syosetsu (Shousetsuka Ni Narou).

Does the story change between the web novel and light novel?

It depends on the novel. Most of the light novels are a bit different from the original source (web novel).

For example, in That Time I Got Reincarnated as a Slime, Yuuki Kagurazaka has a different role in the web novel and anime.

What is considered more canon, a web novel or a light novel?

There isn’t an official answer on which one is considered canon.

In my opinion, the light novel is considered canon, while the web novel was used as the inspiration.

The reason why is because the light novel has been edited, polished, and improved by the original author. That’s why I have a slight preference for considering the light novel as the canon of the story.

What’s the difference between Narou and Isekai?

“Narou” is a net slang that was originally used around 2012-2014 when SAO (Sword Art Online) came out. The word does not have an exact definition.

Some websites define “narou” as any web novel published on Syosetsu.

Some other definitions claim that “narou” means novels with the characteristics listed below:

On the other hand, isekai just means “another world”, Isekai is not an anime genre. “Narou” is closer to being an anime genre, while Isekai was originally just a word.

Now, it’s evolved into a genre all its own, and that is likely due to the popularity of Syosetsu novels!

Thanks again to bellvvq for proofreading this research. If you’re a fan of Zombie Land Saga don’t forget to check out his Twitter. He has superb art, spanning various anime.

What’s your favorite light novel? Let me know in the comments below!