The DAWN OF THE WITCH in a Nutshell (Review) 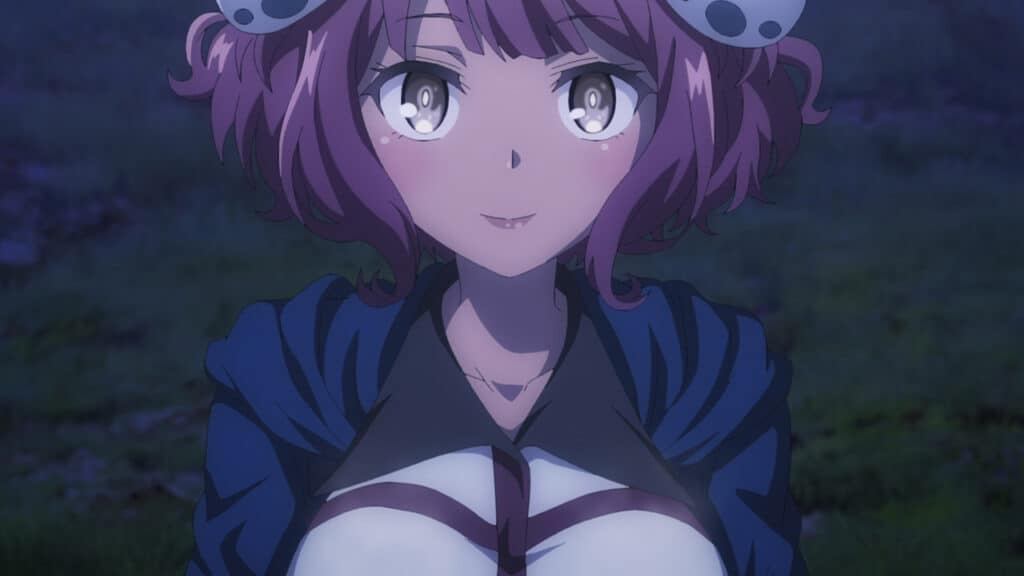 Is The Dawn of the Witch (Mahoutsukai Reimeiki) Worth Watching? Is it a sequel to Grimoire of Zero (Zero No Sho)?

Here is everything that you need to know.

Is The Dawn of the Witch a sequel to Grimoire of Zero?

That brings me to the next question.

Do you need to watch Grimoire of Zero first?

I won’t say you absolutely HAVE to, but personally, I would recommend it.

If you decide to watch the anime of Grimoire of Zero, it’s only 12 episodes but it only covers the first volume of the light novel. But that is more than enough to familiarize you with the setting and characters before you start The Dawn Of The Witch.

If you’ve already seen Grimoire of Zero but you’ve forgotten what happened, you can probably just read the episode summaries.

The main characters of Grimoire of Zero play a minor role in The Dawn Of The Witch, so you’ll follow the story better if you’re already familiar with Zero and Mercenary. Plus, watching Grimoire of Zero will help you better understand both the setting of the world (such as its history) as well as how magic works in the Zero/Witch universe.

But here’s the thing: Kakeru Kobashiri, the author of the Grimoire of Zero and The Dawn Of The Witch light novels, has said, and I quote, “So I’d recommend that first, you go into The Dawn of the Witch totally fresh.

If you want to know more about the story and characters, go read or watch Grimoire of Zero. Finally, go back and read The Dawn of the Witch again. Then you’ll have all those “Ah-ha!” realizations. That’s the kind of experience that I’m going for with this series.”

In other words, if you’ve time, watch first Grimoire of Zero to be familiar with the story, but if not, it’s totally fine to jump right into The Dawn Of The Witch.

What’s Dawn Of The Witch?

The Dawn Of The Witch is set in a fantasy world that has only just emerged from a 500-year long war between the church and witches. But even though the war is officially over, not everyone is willing to quit fighting just yet. Our hero, Seebiru, is a student at the College of Magic, but he’s practically a failure as a mage.

The story begins when the College’s headmaster sends him and his fellow students to a far-off village for special training. But their destination is in a part of the continent where persecution of witches still continues.

Which anime are similar to The Dawn Of The Witch?

Both The Dawn Of The Witch and Grimoire of Zero are adventure fantasy series with an emphasis on magic. There is some comic relief, but for the most part, they’re quite serious. Based on those two points, I would recommend two anime:

The Ancient Magus’ Bride (2017): Although this series takes place in the real world, the magic and fantasy elements are very interesting and it does a good job of keeping you interested.

Another one that is a bit similar, Chaika the Coffin Princess (2014): There’s less focus on magic in this one, but it’s a solid adventure fantasy story that’s worth checking out.

What do I like about The Dawn Of The Witch?

The setting and magic system are very interesting, especially if you’ve watched Grimoire of Zero, which explains it well.

The characters are not overpowered or “too smart”.  A lot of series, especially recently, have characters that immediately start out with cheat-level strength that they don’t have to work for, or they write the other characters to be stupid or naive in order to make the main character look smart.

Nobody has “plot armor”, and it’s never guaranteed that conflicts are perfectly resolved.

Most of the characters of The Dawn Of The Witch have their own unique strengths, and nobody is able to overpower their enemies just by themselves.

The characters have reasonable weaknesses and limitations, and the more powerful characters play a minor role in the story and aren’t just there to save everyone or solve everything too easily. Sometimes, there are even plot-related reasons why they do not intervene to save everyone, even though they are strong enough to do so.

It’s not like your stereotypical shonen series, where you can always count on the OP “mentor” characters to save everyone when things get bad.

Slow pacing: Although the anime skips a lot of the slow-paced info-dumping of the light novels, the story still takes a long time to develop and it feels like too much time is spent on individual characters at the expense of the bigger picture.

One of the main characters, Seebiru, is a little bit boring at the beginning of the story. There are legitimate plot-related reasons for that, but it takes a while before you really start to understand him better.

How faithful is the anime to the manga? Or to the light novel?

I’ve only read a little bit of the light novel, but I’m keeping up to date with the manga.

In general, the anime is faithful to the light novel but closer to the manga.

Both the manga and the anime improve the slow pacing of the light novel while still covering the main plot points. But this comes at the cost of glossing over some of the detailed explanations of the setting and backstory. If you just watch the anime, you won’t miss out on anything major, but it can be a little hard to follow if you’re not already familiar with the setting.

Based on the visuals in the opening credits, it seems like The Dawn Of The Witch anime will cover at least the first 4 volumes of the manga, and possibly the 5th volume as well.

How many episodes are there?

Season 1 will be 12 episodes long. Hopefully, there might be an announcement of season 2 at the end of season 1, but it’s too early to say right now. Either way, remember that both the manga and light novels are ongoing, so you can read them after season 1 ends.

Is it worth watching?

Yes. At the time I´m recording this video, the anime is still ongoing. But so far, I’m enjoying it a lot, and it’s done a good job of staying faithful to the original source material. While I would recommend watching Grimoire of Zero first to help you understand the setting and better manage your expectations for The Dawn Of The Witch, you can still start with this anime and not miss anything.

We’ve also interviewed Kakeru Kobashiri, the author of the original light novels. We’ll be posting the interview very soon, so look forward to it!

Kobashiri-sensei was kind enough to sign some copies of the manga and light novel for us, which we’ll be giving away. If you want to win one, just subscribe to our YouTube channel so you’ll receive a notification when we post the interview and when we do the giveaway. If you’re already subscribed you don’t need to do anything else. Just sit tight and wait a bit until we post it.

And finally, if you want to know more about The Dawn Of The Witch, we’ve got another video where I share 11 facts that you didn’t know about this fantastic anime.

Make sure you subscribe and see you soon in the next video.