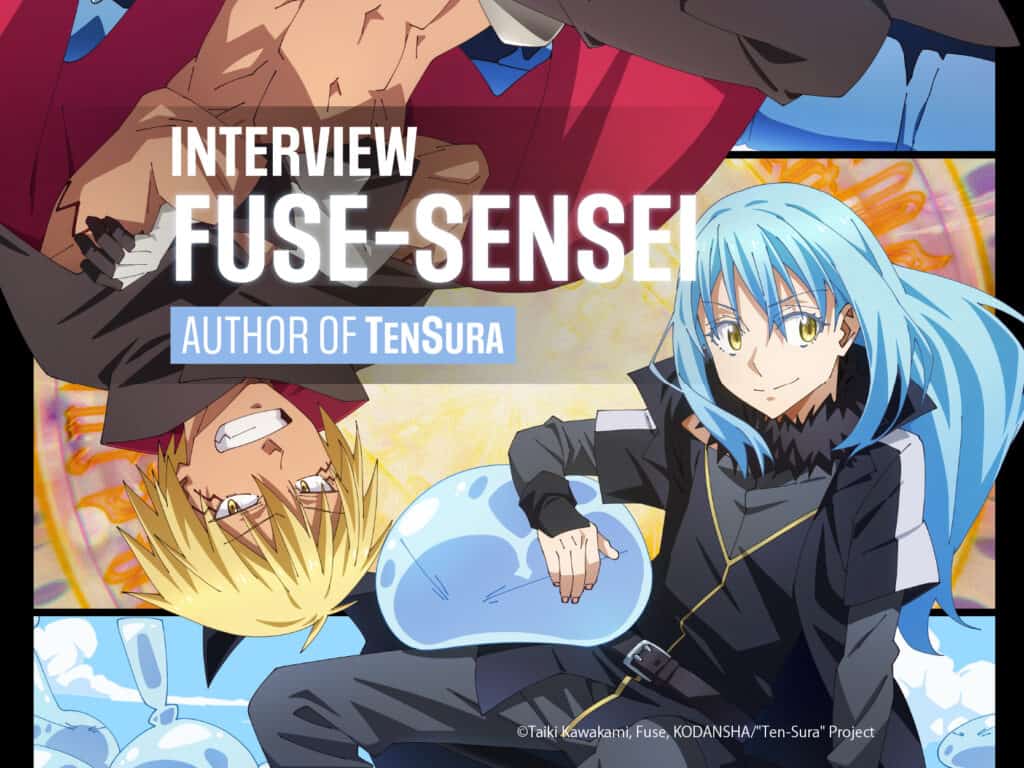 We had the chance to interview Fuse-sensei in the very first interview he’s given to English or Spanish-speaking media!

We are truly honored to have this opportunity! 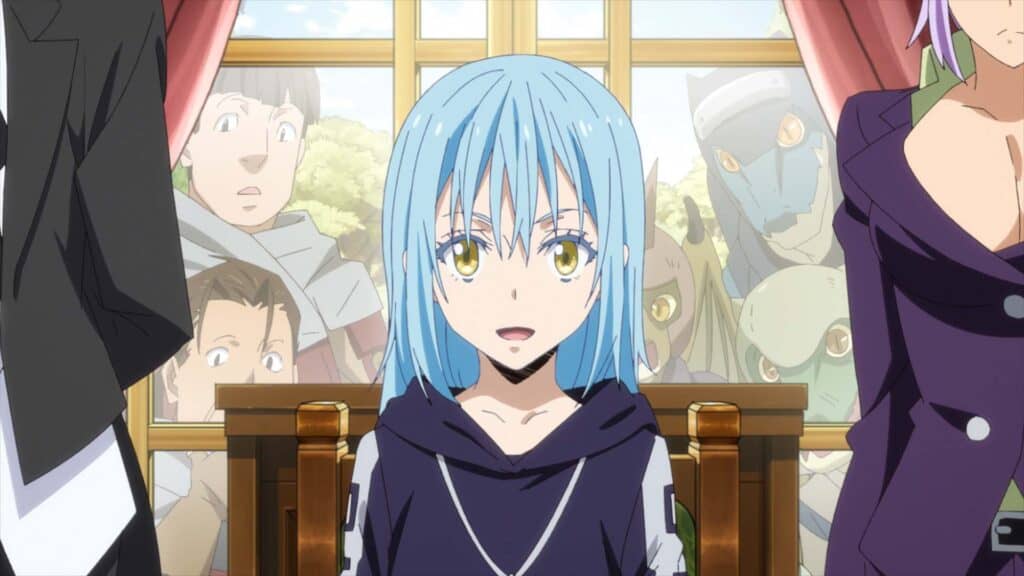 Fuse-sensei is the author of the popular web and light novel, That Time I Got Reincarnated as a Slime (a.k.a TenSura), which is now also adapted into manga and anime!

Note: This interview has been edited for clarity.

Mipon: How did TenSura go from a web novel to a physically published light novel? Were you approached by the publisher, or did you submit the manuscript to the publisher or a light novel contest?

All I had to do to enter was add keywords (tags*) to my work via the contest website.

*Similar contests may require applicants to mail a physical copy of their manuscript to the publisher and/or complete additional paperwork. When submitting an entry for “Shousetstuka ni Narou”, applicants only need to send their manuscript digitally and specify relevant tags related to genre, setting, etc.  Further information (Japanese text only) about the application process can be found on the official website. 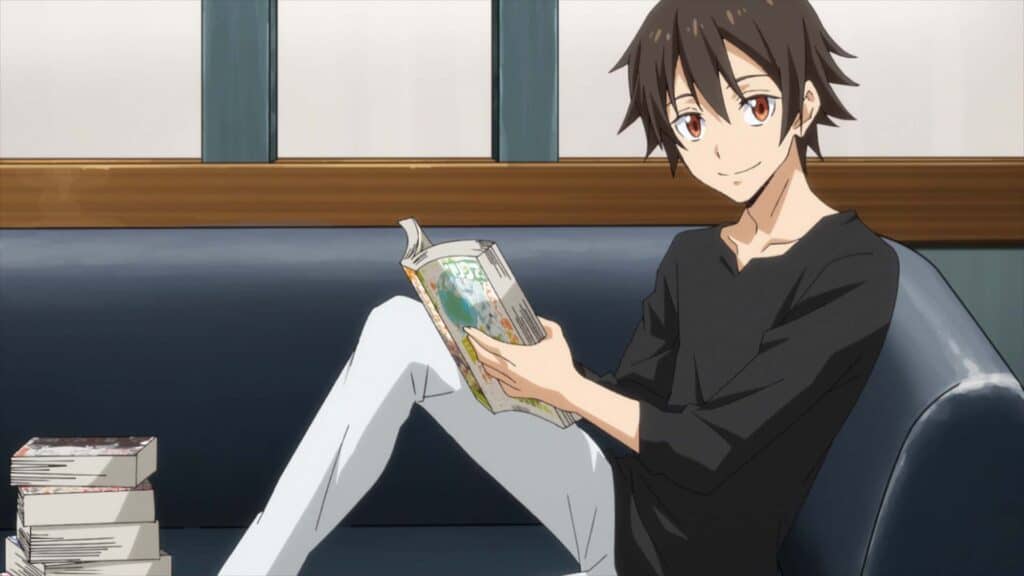 F: About a month before the results of the contest were to be announced, I was contacted by an editor from (my now publisher) Micro Magazine Inc., and that eventually led [it] to being published. I’ve had the same editor ever since, so I hope we can continue working together until the end! 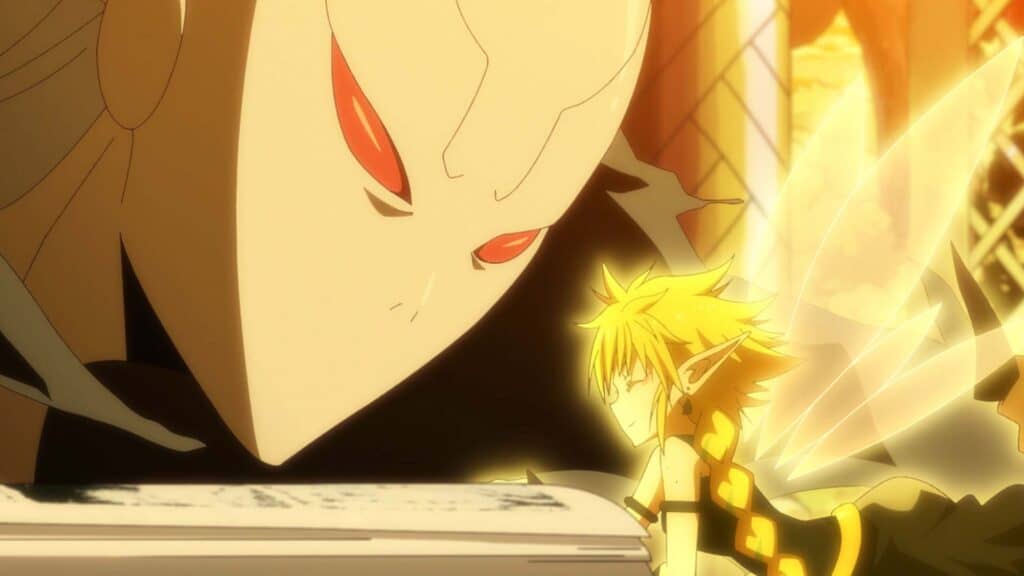 M: In a previous interview, you said that one of the main themes of TenSura is “just doing what you can.” How did you decide on that theme? Were you inspired by anything particular?

F: It’s a personal philosophy of mine that I arrived at through various life experiences and through manga, novels, films and so on that I had seen.  If you’re struggling with something at work, for example, you won’t get anywhere if you just keep worrying about it. 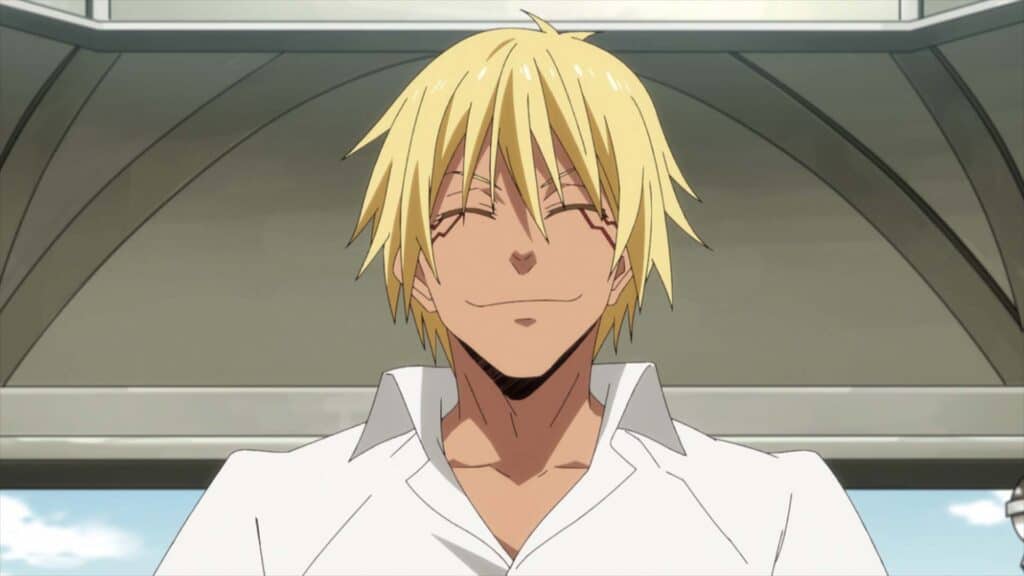 F: At my previous job (as a construction site foreman), the work wouldn’t wait for me to be ready, so I simply had to do whatever I was able to at the time.

At times like those, I would ask myself what my favorite fictional characters would do in my position and try to adopt their mindset. Honestly, most things have a way of working out if you just make an effort. I think what’s most important is to keep trying and never give up. 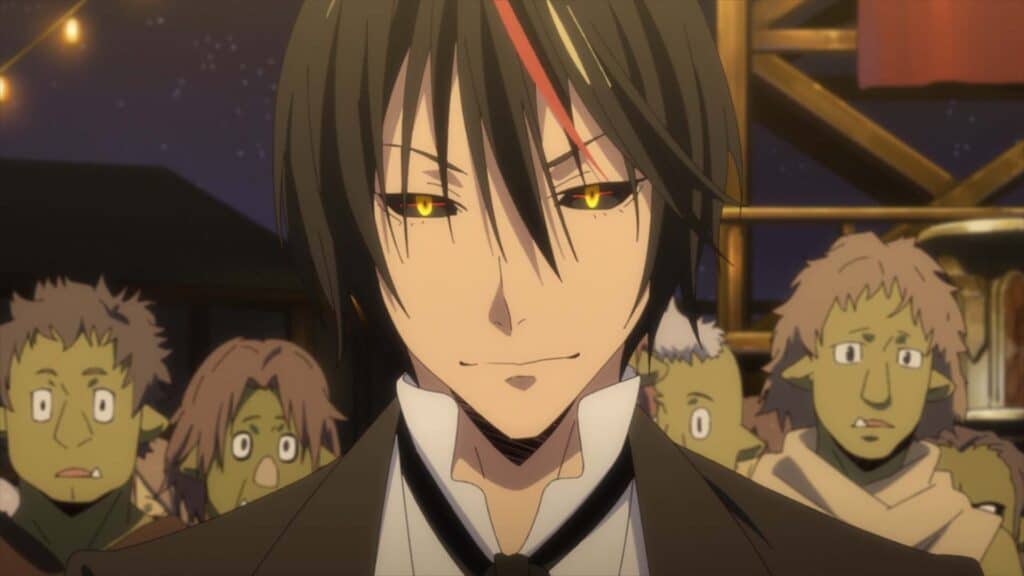 M: Can you describe your workflow when writing TenSura?

F: I usually operate on a six-month cycle for each volume. Writing the first draft takes about three months, then editing and revisions take about six weeks. After that, I spend another six weeks resting and handling miscellaneous work. 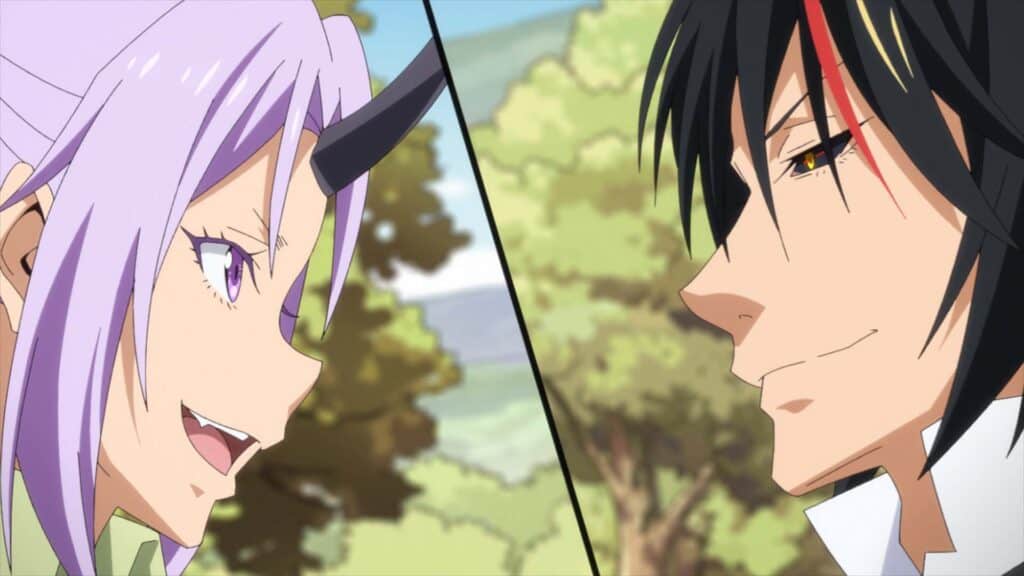 F: On a typical day, I’ll wake up in the afternoon and watch the news, read novels or manga, and maybe attend a meeting. After dinner, I’ll take a bath and then work on writing until I go to bed, which is usually quite late at night.

There are too many distractions during the day, so I’ve come to prefer working during the nighttime. But that’s not a very healthy lifestyle, so I’d like to correct that someday. 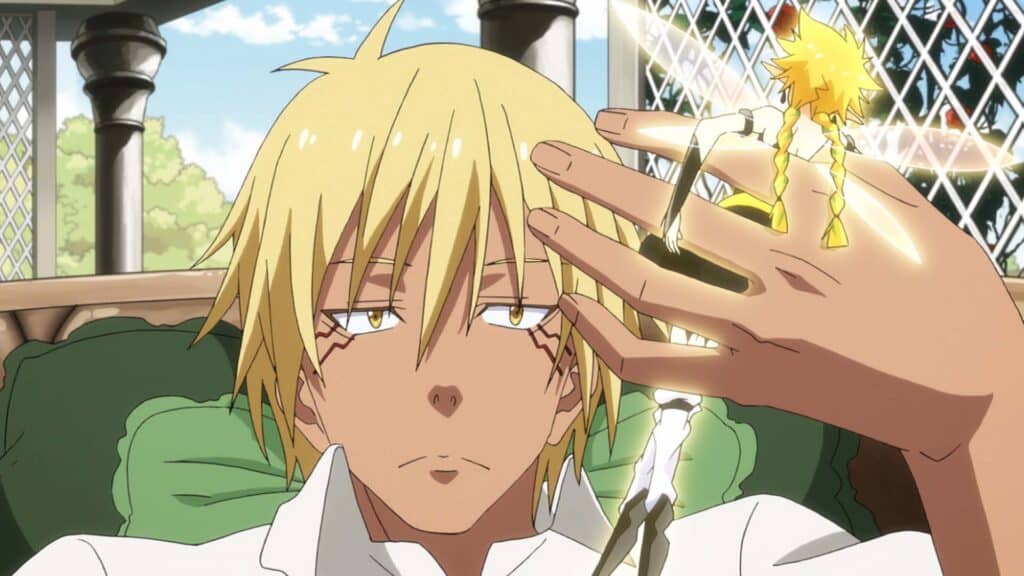 M: How closely were you involved with the manga adaptation of TenSura? What about the anime?

F: For the manga adaptation, I oversaw pretty much everything, while for spin-off stories, I wrote the plot and answered any questions the staff had. Of course, there are some works for which I handed over full control to the staff. 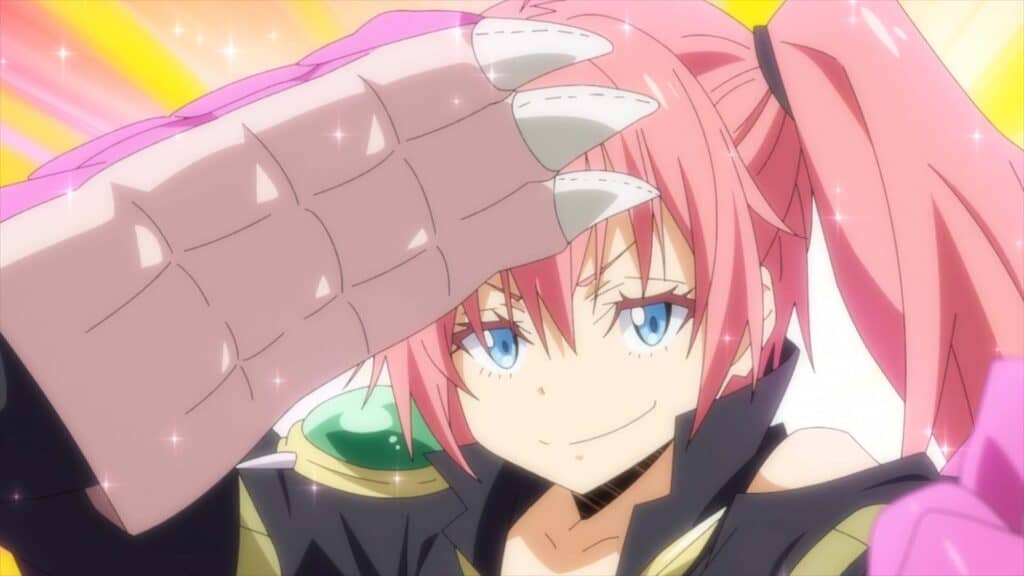 F: As for the anime adaptation, I supervised the entire script-writing process and confirmed various other details. I did my best to make sure all my requests were properly communicated, but there were some instances where circumstances didn’t quite work out. Nonetheless, the production staff and I gave our utmost to accommodate everything. 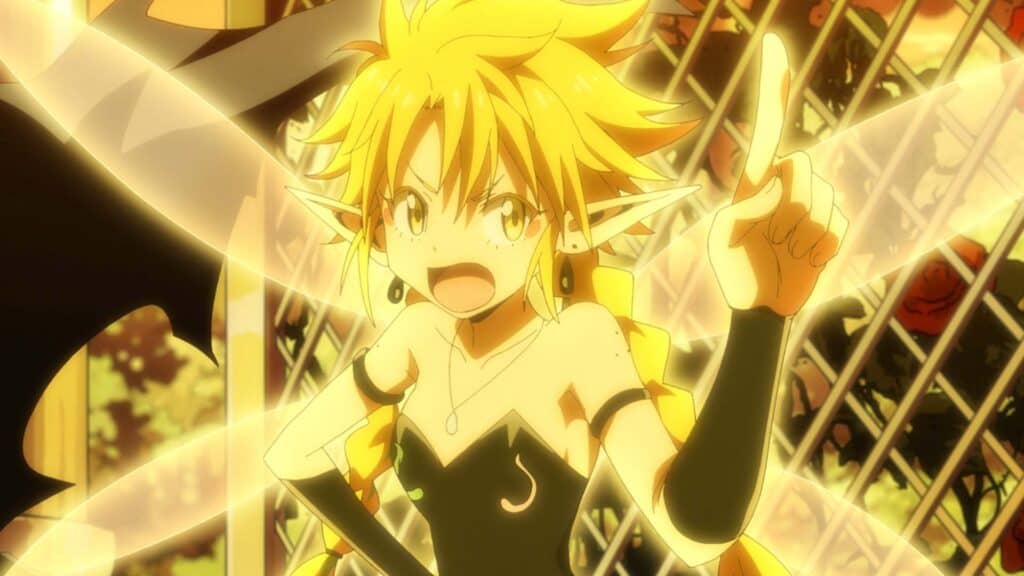 M: Were you involved in the voice actor casting process, and if so, in what way?

F: I was asked whether I had anyone in mind, but for the most part, I left it up to the production staff. 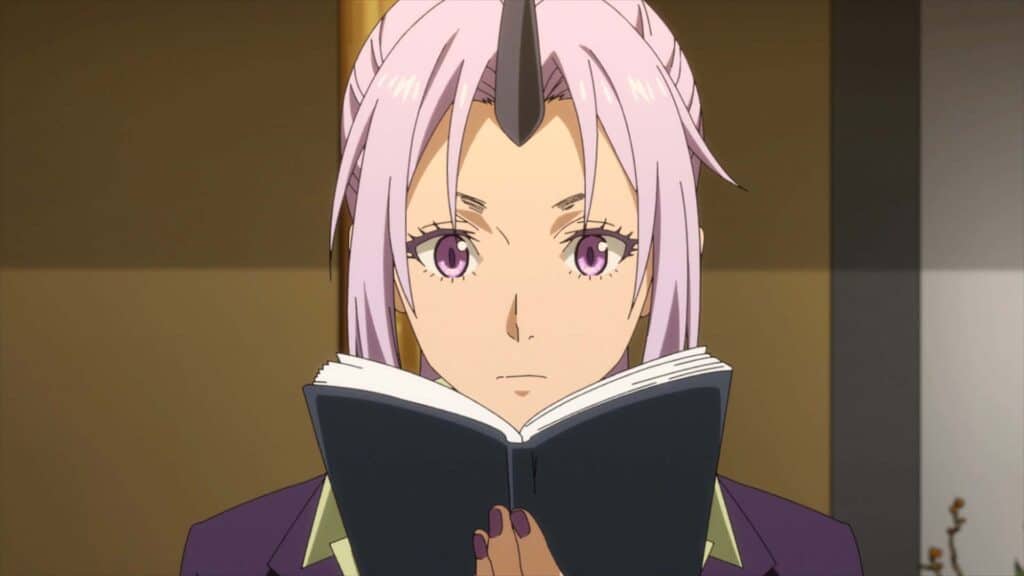 M: Rimuru is a somewhat meek character who often apologizes and rarely loses his cool. In that sense, I think he’s a bit unlike a typical leader. Where did you get the inspiration for his character?

F: Rimuru is basically my image of an ideal boss. As much as I don’t like to admit it, during my time as a construction foreman, I would lose my temper when my workers wouldn’t listen to my instructions. I know that isn’t right. 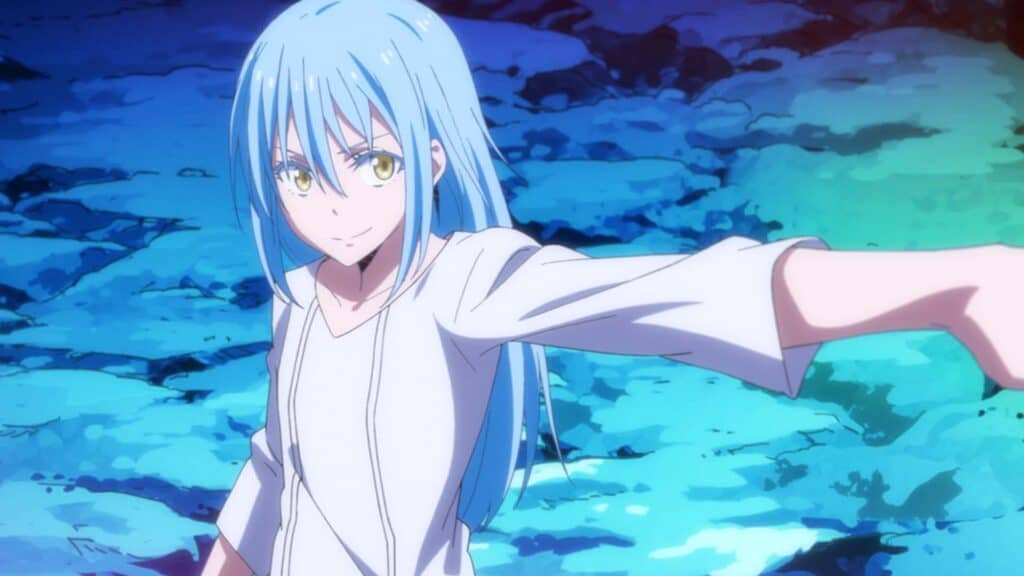 F: However, it is very difficult to lead people and accomplish a task together, and I couldn’t help but become emotional at times. Drawing on that experience, I imagined what things might have been like if I had a boss like Rimuru, and included that in TenSura’s story. 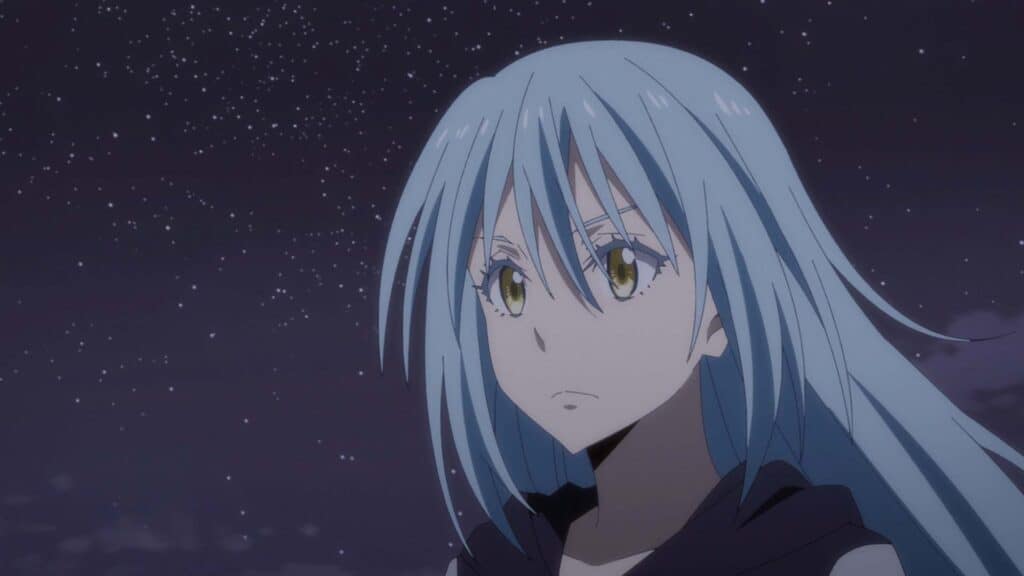 M: Besides Rimuru’s strength in magic, what do you think it is that attracts people to him? How does he win people over despite not being a traditionally dominant type of character?

F: I believe that communication is very important. Most problems can be solved if you listen closely to other people and do the best you can to clear up any misunderstandings. 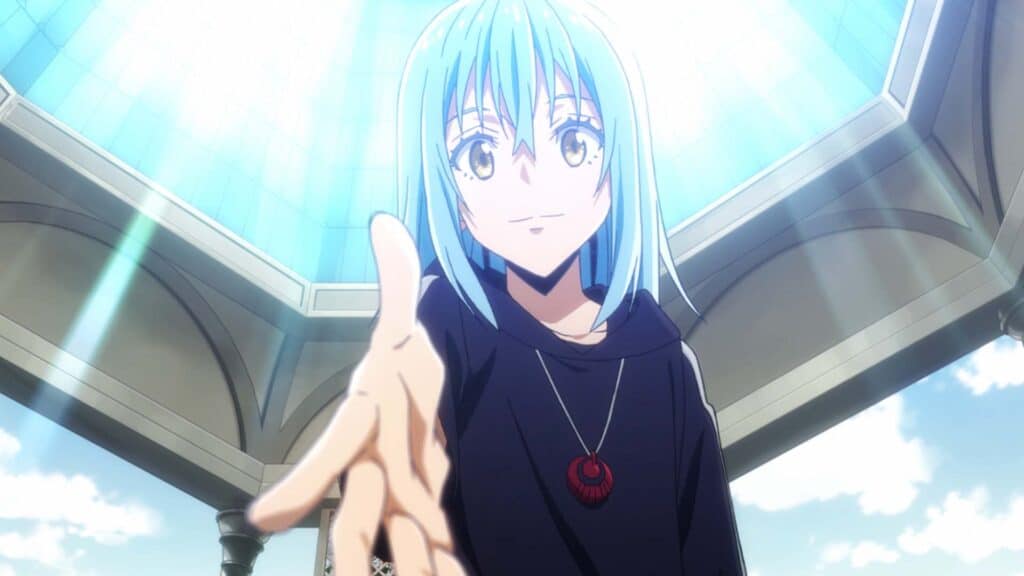 F: Of course, there are times when both sides simply can’t reach an agreement. In such a case, matters might be settled by placing enough distance between one another. Rimuru makes an effort to understand the other side’s viewpoint before deciding whether to work with them.

I think his approach and how he tries not to force his opinions on others is what resonates with readers. 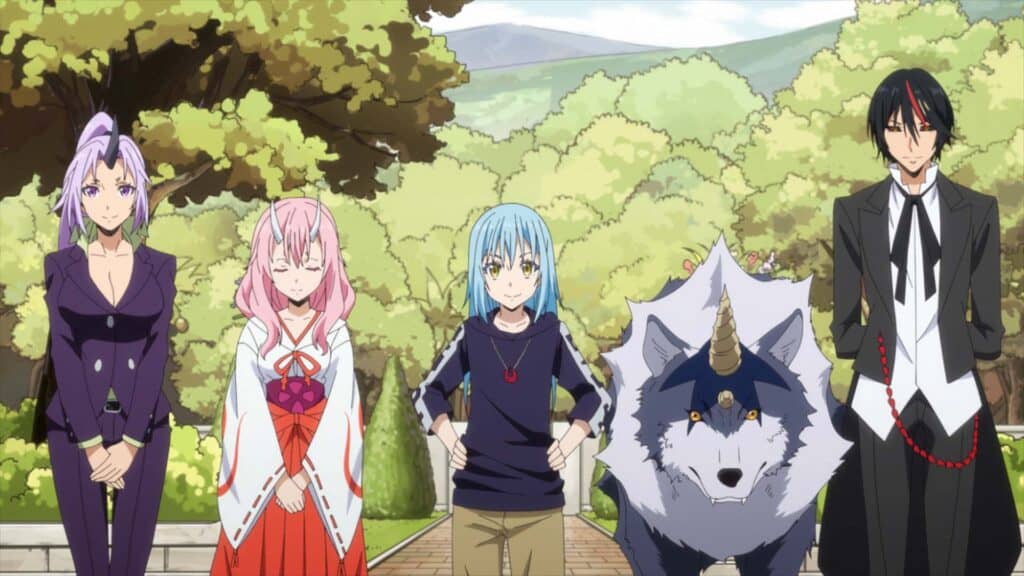 M: Besides your own work, are there any anime you’re currently excited about?

F: The truth is, I don’t watch as much anime as people might think, although I do enjoy some of the more popular series.  For example, I really liked anime such as A Certain Scientific Railgun or Steins; Gate. I’m also a fan of the Gundam and Macross franchises.

M: Finally, do you have any advice for aspiring authors?

F: I still consider myself a somewhat inexperienced novelist, so I can’t act like I’m a big-shot writer. However, I do have one piece of advice—the things we create truly shine when they are able to move the hearts of our audiences.

Whether that be joy, anger, sadness, laughter, fear, or so on, a truly moving work is one that can make the reader feel something. 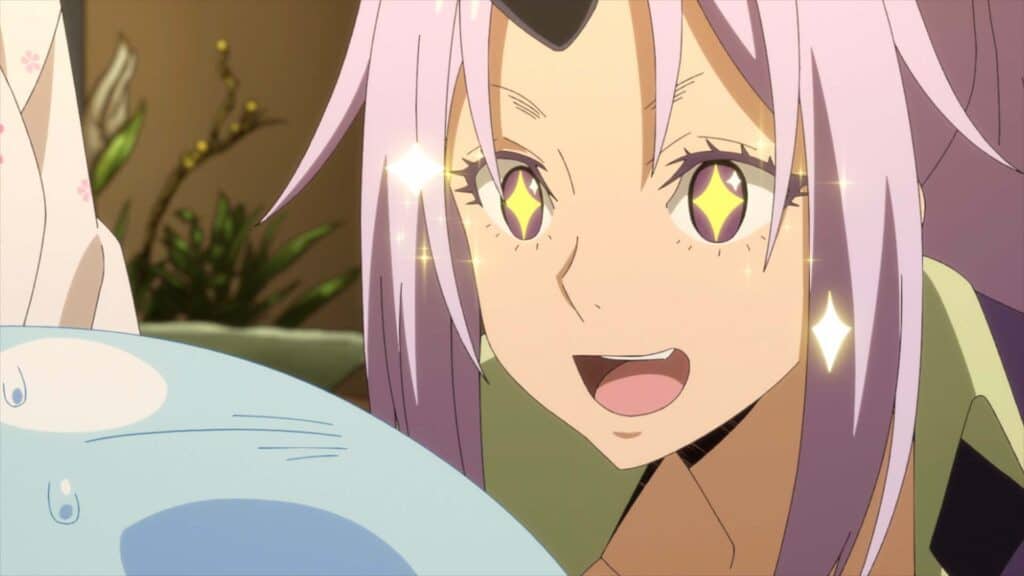 F: I think it’s most important to figure out what it is that you’re feeling and do your best to create something that can make an impression on others. That’s what I always have in mind when I write, so I hope my advice is of some use to you. 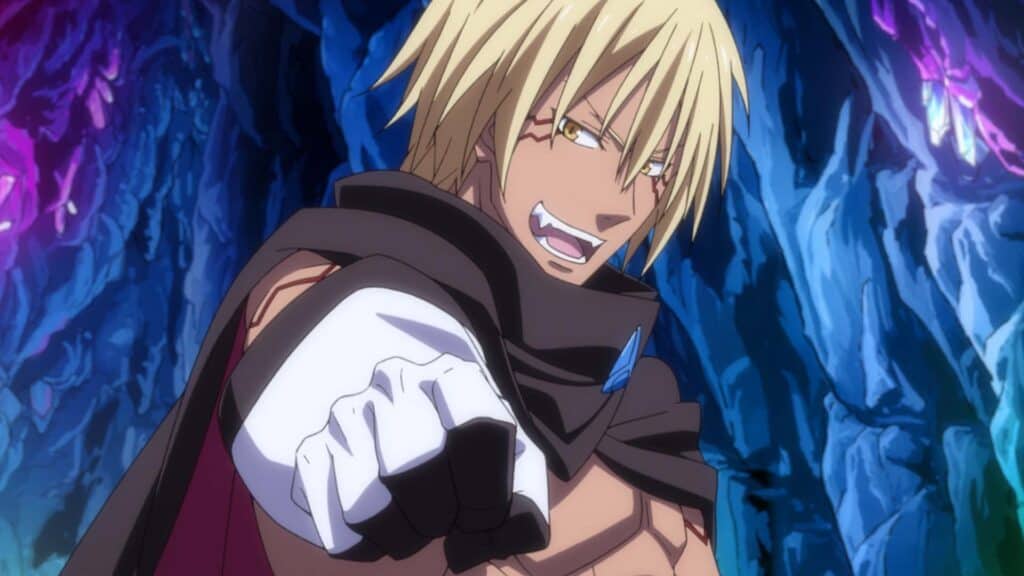 I’ll be honest, I’ve been a fan of TenSura since the first episode of the anime was streamed. I’ve always been super curious about Rimuru’s leadership, and I’ve always wanted to ask the author where that inspiration comes from.

Again, it was truly an honor to have had the chance to ask him about it and share this interview with you guys! 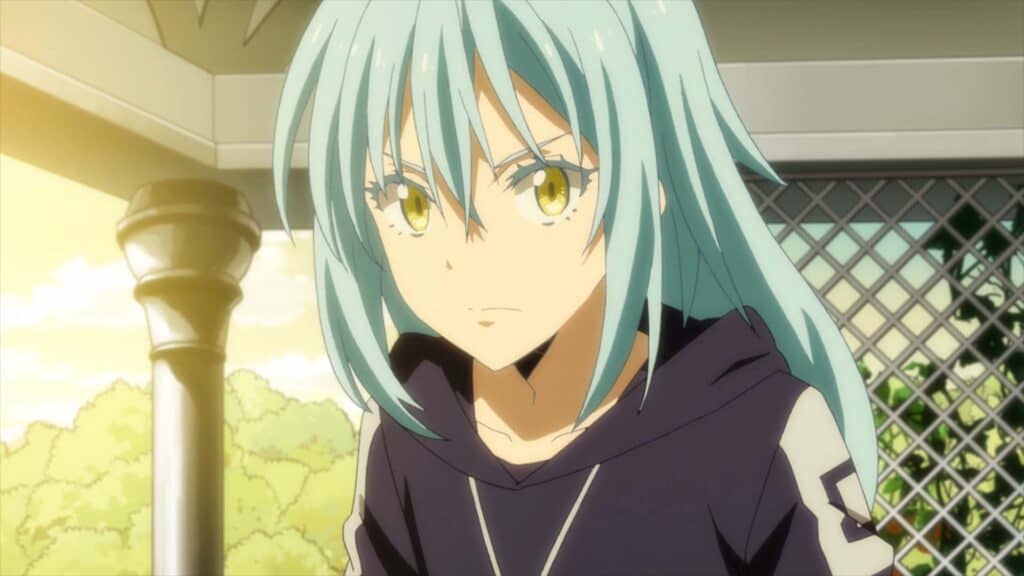 TenSura is one of the most famous anime inside and outside Japan in recent years. And I think it’s definitely one of the best isekai anime ever.

Watch That Time I Got Reincarnated as a Slime on Crunchyroll and Funimation!

Also, remember that a movie has been announced for fall 2022.

Thank you again to Fuse-sensei, Kodansha, and everyone else that made this interview possible!

DISCLAIMER: All the images above were used with the permission of Kodansha. Thank you for always being cool!