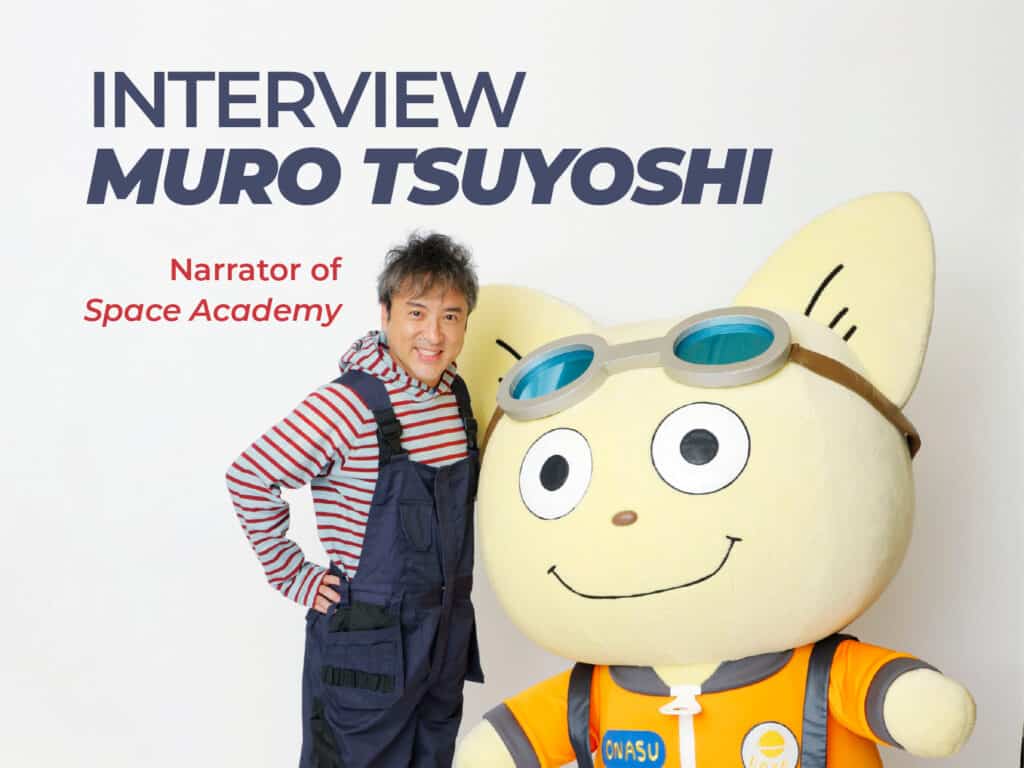 Hey, are you a fan of Muro Tsuyoshi?!

Or are you looking for an anime to watch and improve your Japanese listening skills? 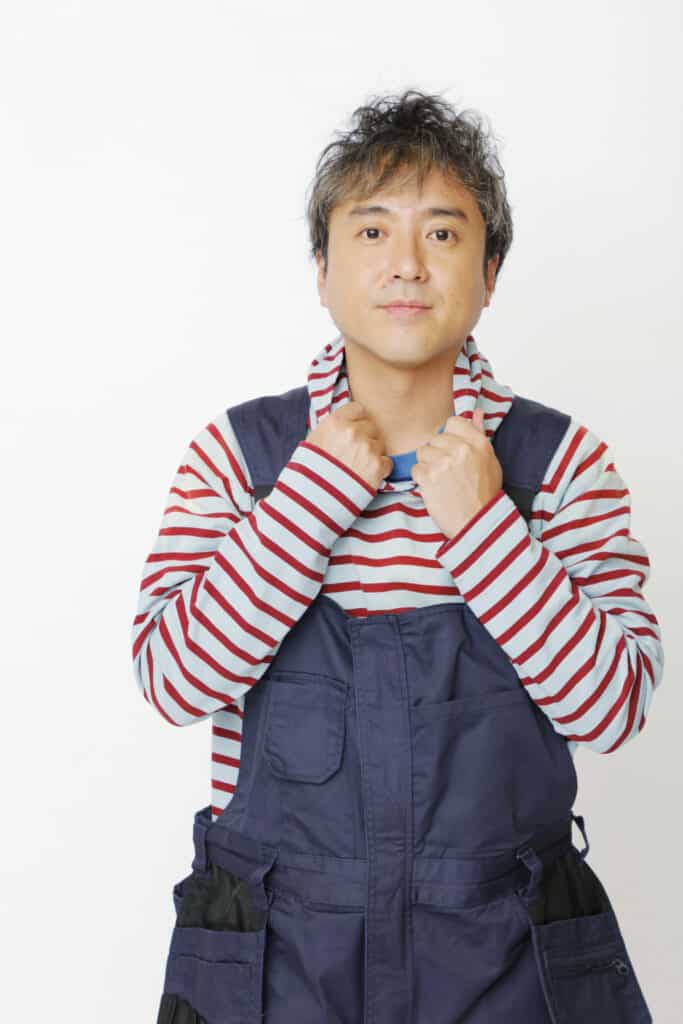 Well then keep reading! Because Space Academy’s Muro Tsuyoshi is here to drop some knowledge. But first:

Space Academy is based on the web manga created by Yuuji Nishimura; the story is a space adventure that follows the life of the main character, Kotetsu-kun.

He enrolls in a space academy in order to follow his dream of becoming an astronaut. 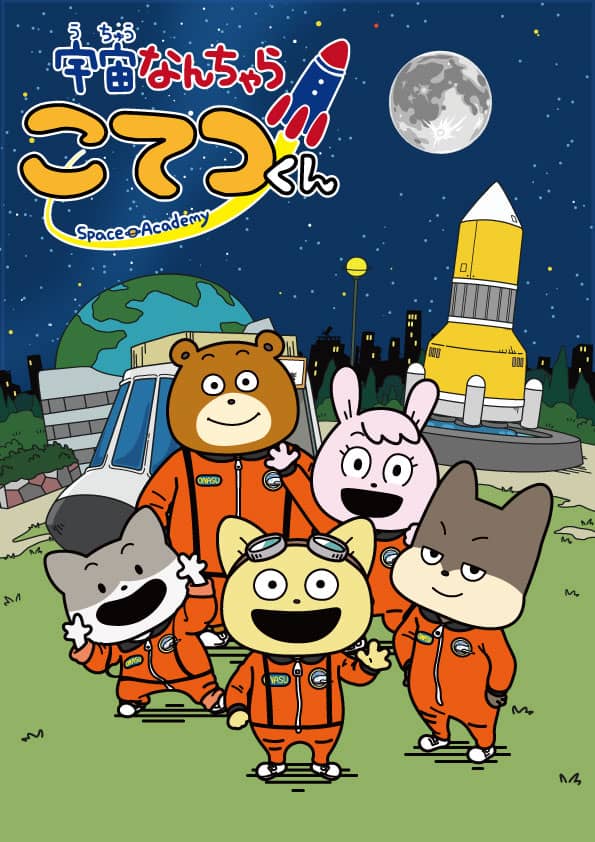 The anime adaptation of the manga was done by Fanworks (Please Take My Brother Away!, Gakkatsu!, etc.) The anime’s target audience is young children.

It’s a good show to watch with your kids and to introduce them to the extraordinary world of Anime.

Also, since the Japanese that is spoken in the anime is easy to understand, it’s worth watching if you want to level up your listening skills. 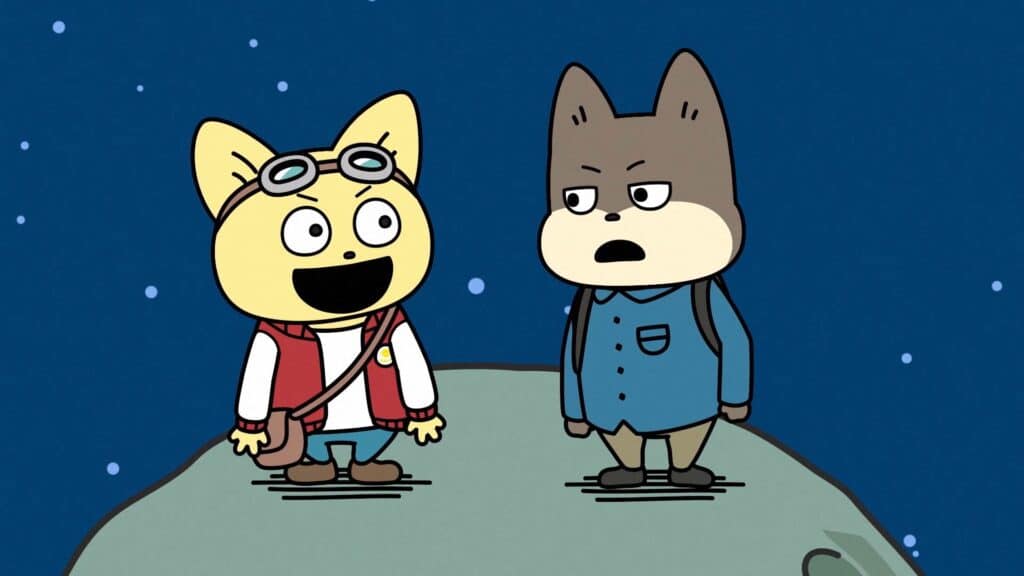 And who is Muro Tsuyoshi?

We had the opportunity to speak with Muro Tsuyoshi. In this series, he is the narrator of the story (nicknamed “DAXA-kun”, a reference to JAXA, the Japanese space agency) and he is one of the most famous actors in Japan.

There’s absolutely nobody in Japan who hasn’t heard about him. His 3 million and 2 million followers on Instagram and Twitter respectively can attest to his popularity in Japan. 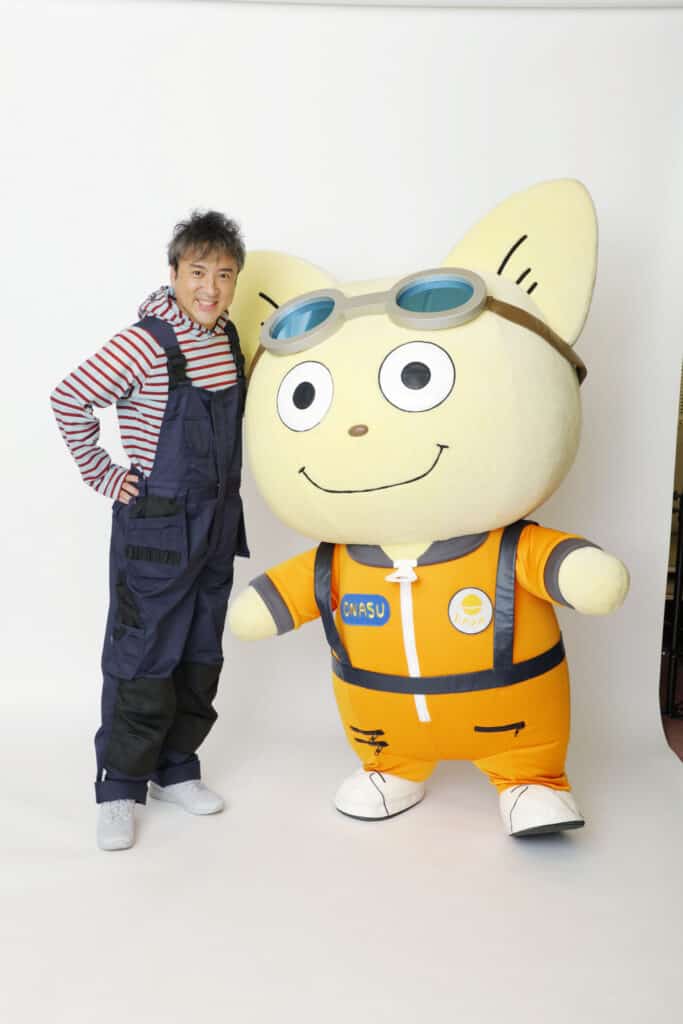 He has also participated in some anime live-action adaptations like Gintama and The Disastrous Life of Saiki K.

However, we added to this article some other questions that were asked by other Japanese media sites present at the interview. 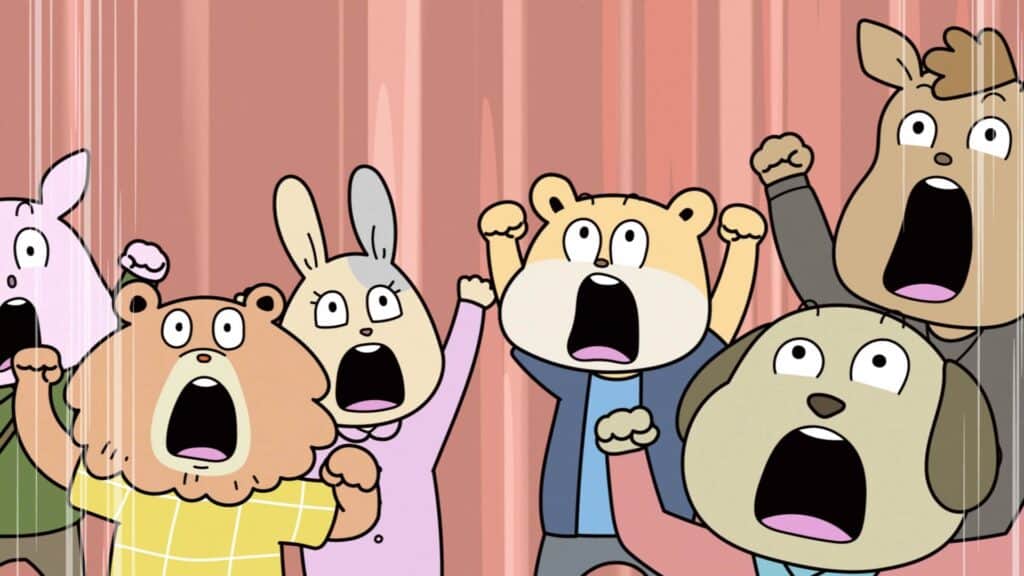 Mipon: Normally, you work as an actor, but this time, you’re lending your voice to the narrator of an animated series. Was there ever a point in your life where you thought about a career in something besides acting?

Tsuyoshi: I have wanted to become an actor since I was about 19 years old. But it took me about 17 or 18 years, by which time I was 36, to reach the point where I was able to make a decent living from it. As an actor, you want to have a lot of life experience to draw from. When I started out, my idea was to be an actor without letting my actual self show through.

In other words, I didn’t want to appear as “the real me”, but instead play my roles completely without revealing what kind of person I was like in real life. I tried that approach for several years, but in the end, I found that was too difficult for me. 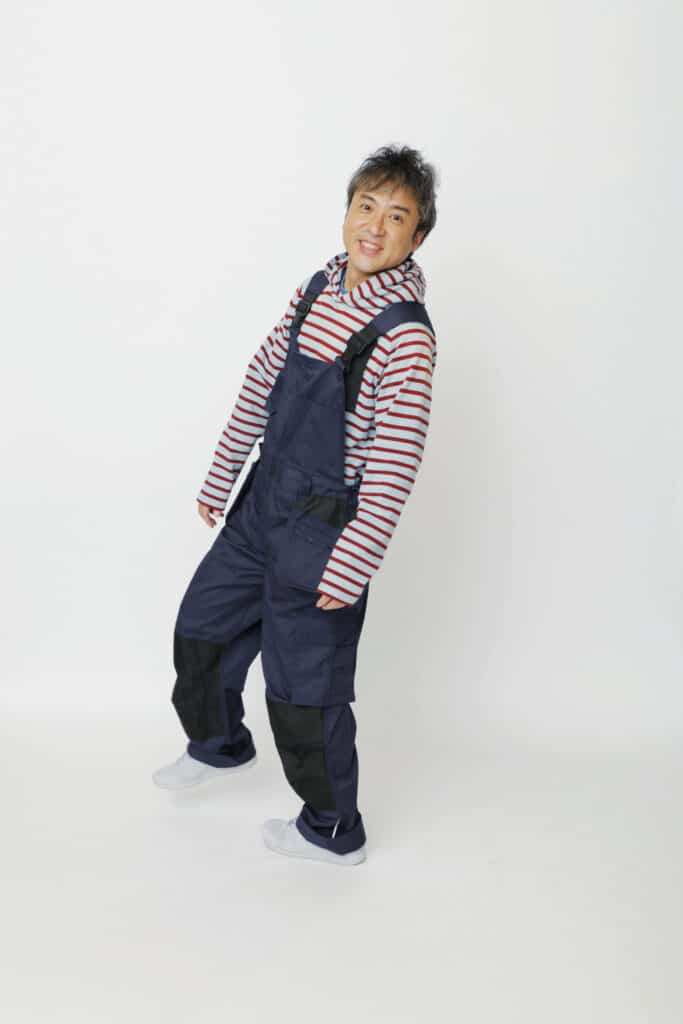 I eventually realized that you have to share a bit of your true self with the audience.  If I did, maybe I could develop a closer connection to audiences, pique their interest and make them think: “What kind of person is he? What’s his style of acting like?” Once I came around to that way of thinking, the offers and invitations started to come in.

By the time I was in my mid-20’s, I had appeared in some TV programs and worked with people on stage and behind the scenes, which helped me get a sense of concepts like direction and production. Basically, I feel as though my acting ability alone isn’t enough to make my audience truly interested—so I add my personal touch and present a bit of myself as well.

That’s what’s allowed me to come this far. I’ve also been interested in voice acting of course, but I’ve found that the more voice work I do, the more I realize just how difficult it really is.

There are dedicated training schools for voice actors, and the people who go through those schools work incredibly hard, so there’s no way I could just immediately deliver a performance on par with theirs.

Instead, I try to draw on my personal experience as an actor and look for ways I can contribute to the project through other aspects of the recording process like the voiceover and post-synchronization. So, I don’t really try to compare myself to full-fledged voice actors. 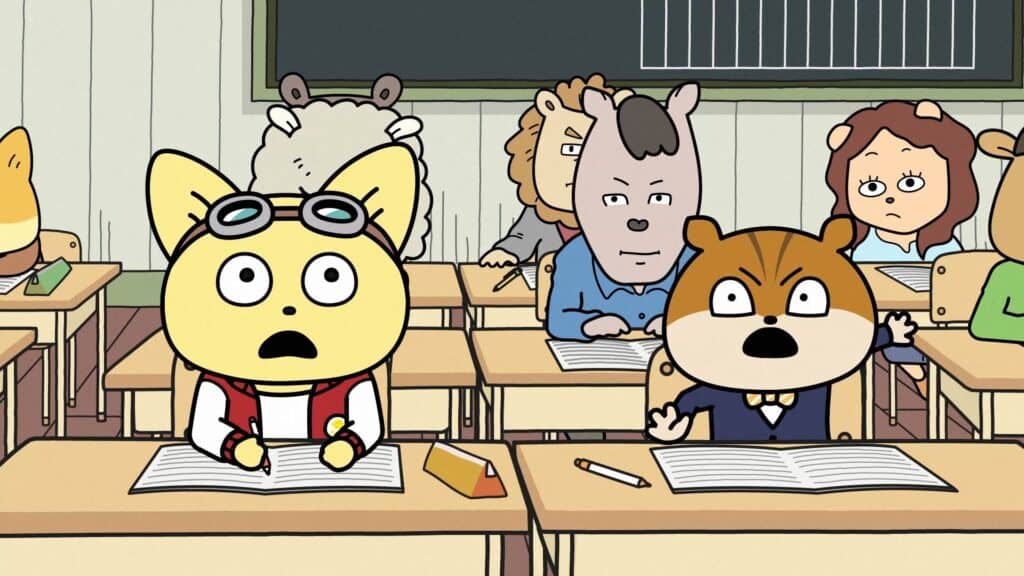 M: You said earlier that the more you do voice acting work, the more you realize how difficult it really is. What did you find difficult about working on Kotetsu-kun?

T: Well, it wasn’t quite as difficult working on Kotetsu-kun. Doing an actual character, like when I played [the lead character] for the Japanese dub of Boss Baby, is incredibly difficult.

As an actor, you’re used to speaking your lines as you also express yourself physically with your movements and face. But with voice acting, you’re only the voice of this other character, in a whole different world.

And if the voice somehow doesn’t suit the character well, it makes viewers feel uncomfortable. 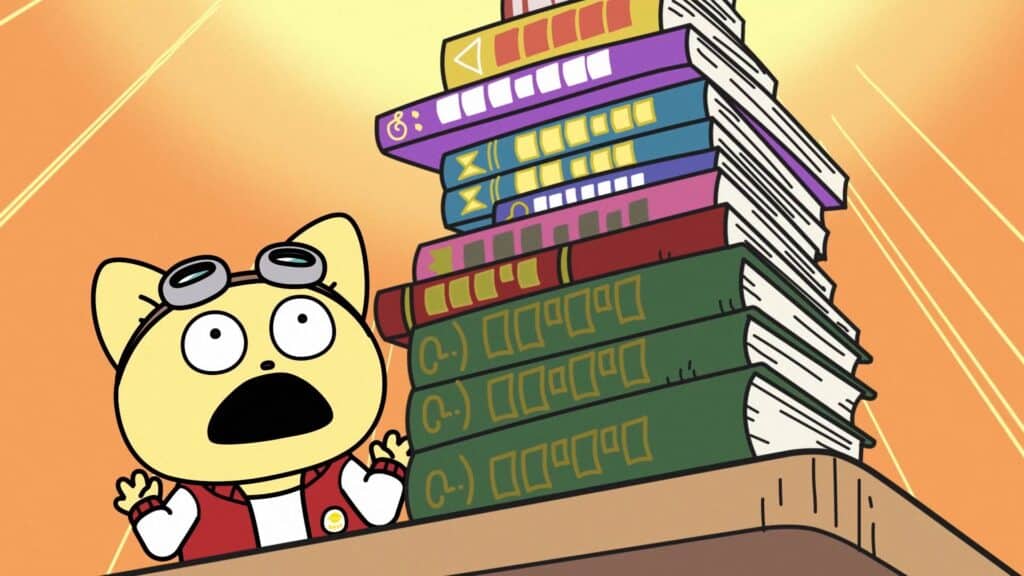 T: I have to go off of this vague idea of how the character should sound that I’ve got in my mind, so as an actor, using only my voice feels a little bit weird. With Kotetsu-kun, however, I’m simply doing a voice of an old man character who dispenses facts and trivia.

As far as my role this time, the difficulty was in trying to loosen up a little and make sure I came across as entertaining. 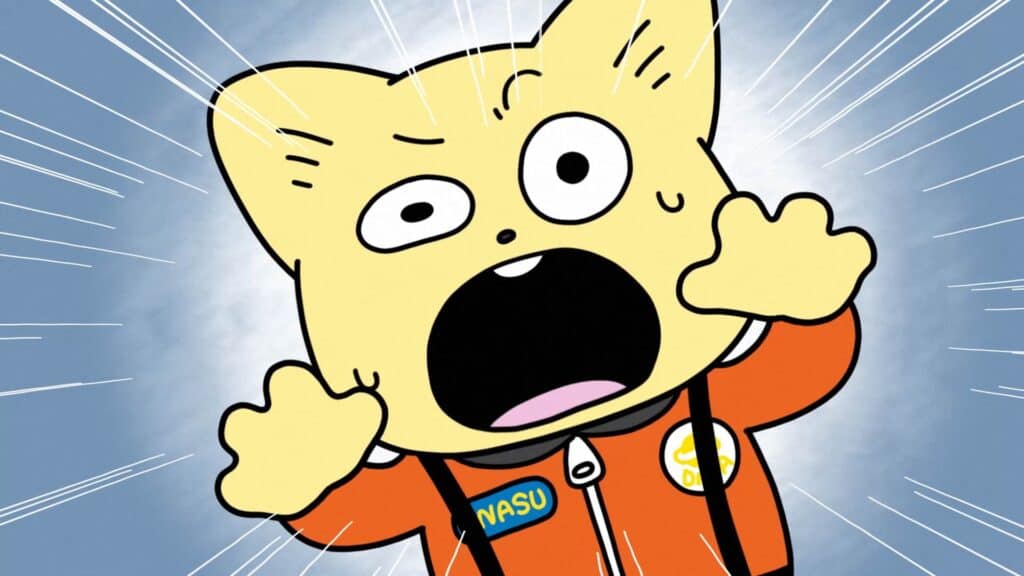 Yeah, the description of the role just said, “Sound entertaining.” It’s really hard to work with only that [laughs]. I hadn’t had such vague instructions since [working with director] Yuichi Fukuda.

Since this is an anime targeted to kids, the description only said, “Just try to be entertaining”. That puts a lot of pressure on me, of course, but I didn’t want to develop a reputation as an actor who complains about everything.

So to meet their expectations, I tried to do my part in a way I personally would find interesting. Otherwise, I would sound too tense. So I hope the effort I made in that regard comes through in the anime. 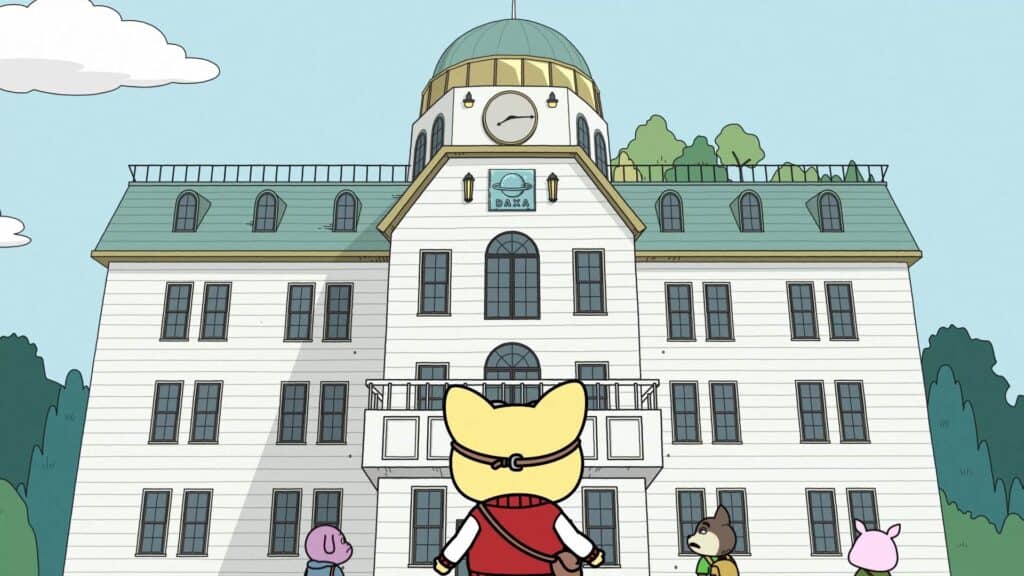 M: I heard that you didn’t actually meet with any of the other cast members during the recording process. If you could, would you have liked to meet with anyone in particular?

T: I wish I could have met everyone, to be honest. I feel kind of bad saying this, but as I was watching the series, I couldn’t quite figure out who was voicing which character. Rather than just dropping in to say “Hi” though, I’d have liked to observe how everyone does the dubbing for their voice.

T: So, I’d like to meet everyone and watch how they do their work. That’s something I haven’t experienced personally, especially when everyone records their lines individually.

I heard it’s not like that with other shows such as Sazae-san, where everyone’s in the same room recording together. Maybe that’s an old-fashioned way of doing it though.

Other Media: I think you’re right.

T: Yeah, they all get together in one room and do the dubbing for everyone.

I had expected that when I came to do my own voice acting, but once I got to the studio, I realized everyone works separately.

Other Media:  I hear that’s how they record One Piece.

T: I think that’d be fun to try. You know, with everyone going back and forth like a real-life conversation. 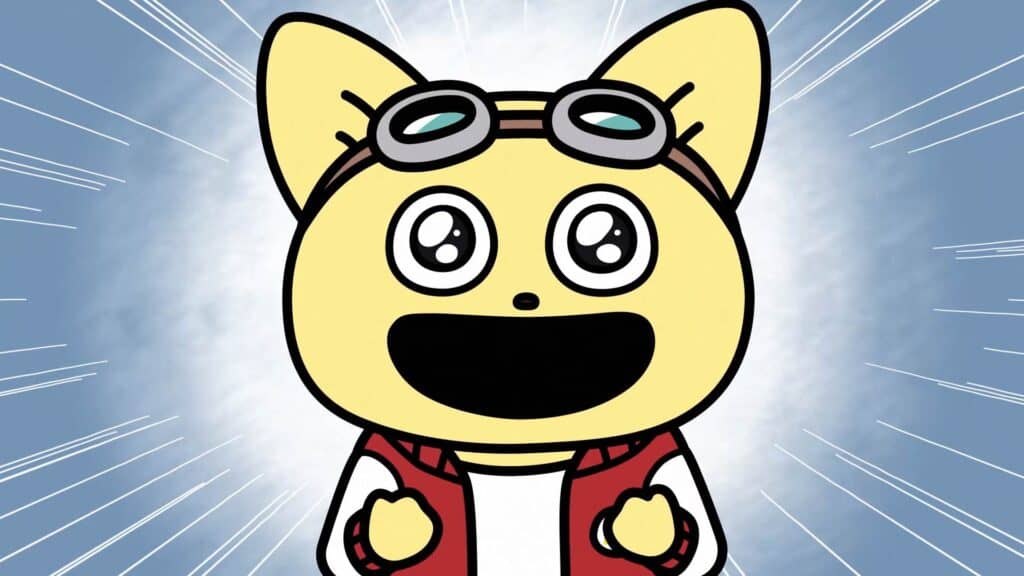 M: Do you have any plans to do work like that again?

Tsuyoshi: I’ve never done a group recording before, but if One Piece has a spot for me, I’m happy to try. And Sazae-san too!

Other Media: You’re on standby for any offers, then?

Let’s just say I wouldn’t be against the idea [laughs].

M: There are different “Courses” that characters take in the series, like the Spacecraft Course, Pilot Course, Space Hospitality Course, or Space Food & Drink course. Muro-san, is there a course you’d be interested in trying?

T: I’m used to doing work where you’re doing work in front of people, so maybe the Pilot Course would be fun. It’s similar to other supporting jobs, of course, but you really have to be fully aware at all times. 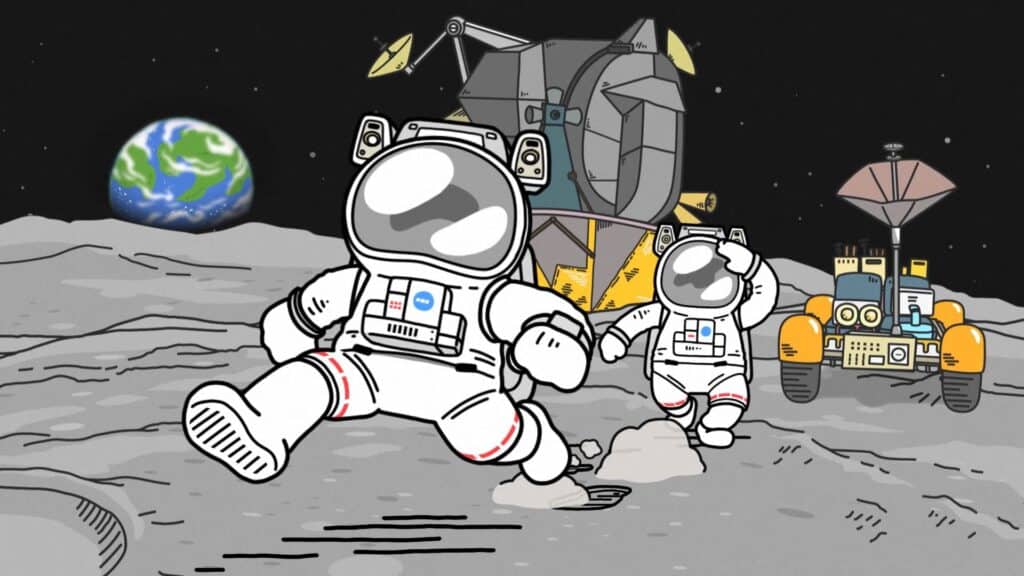 T: As it happens, I was doing an interview with JAXA earlier, and they mentioned that criteria for astronaut applications will be expanding in the fall, so maybe I’d give it a shot [laughs].

As a bit of interesting news for everyone, it seems they’ll loosen the requirements for science-based education a little bit. Just wanted to let everyone know [laughs].

Other Media: So maybe this fall, you could become an astronaut? [laughs]

T: Yeah, from fall. The process takes about 5 years though [laughs].

M: Mipon mainly caters to overseas fans of anime, and thanks to streaming, there will be more opportunities for overseas fans to watch Kotetsu-kun. Is there a particular message that the series wants to convey to viewers?

T: I think it’s about a few different themes, like trying to see the positive side of things or having a goal to strive for. I kind of feel like nowadays, people might think it’s a bit silly to have a “dream” of what you want to do.

That’s what Kotetsu-kun is about. It’s a fantasy-like unrealistic story, but viewers naturally pick up on those supposed “unrealistic” aspects. 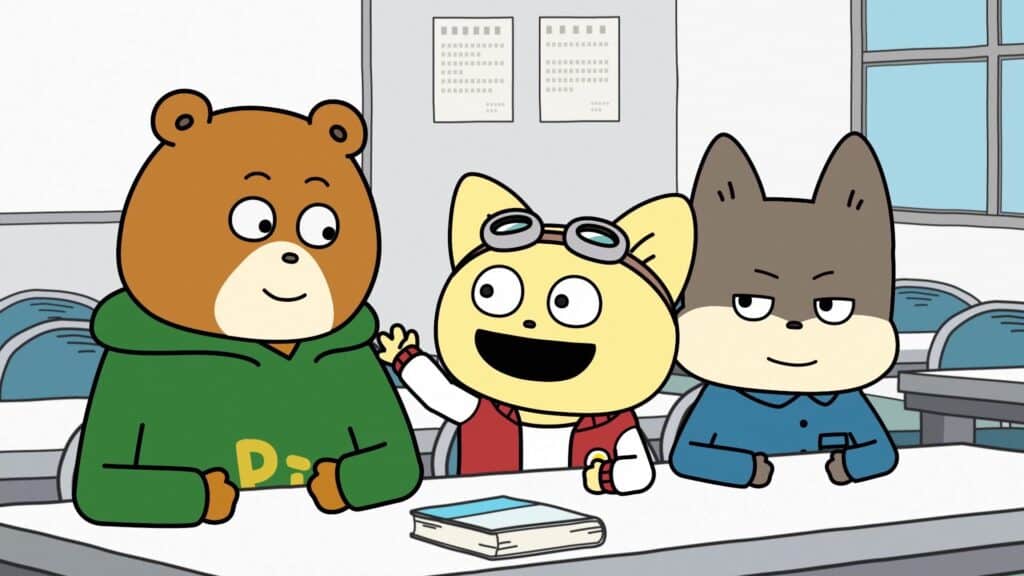 T: What it wants to teach kids today, not just in Japan but in every country, is how important it is to have a dream, and work hard to make it happen. Even as you become a grown-up, or even as you get older, you want to be someone with a dream.

What I like about Kotetsu-kun though, is that it conveys that message in a more indirect, lighthearted way—not like you’re being lectured to. You just enjoy the story, and before you realize it, you’ve absorbed and understood the message it wants to tell you. I think that’s really nice. 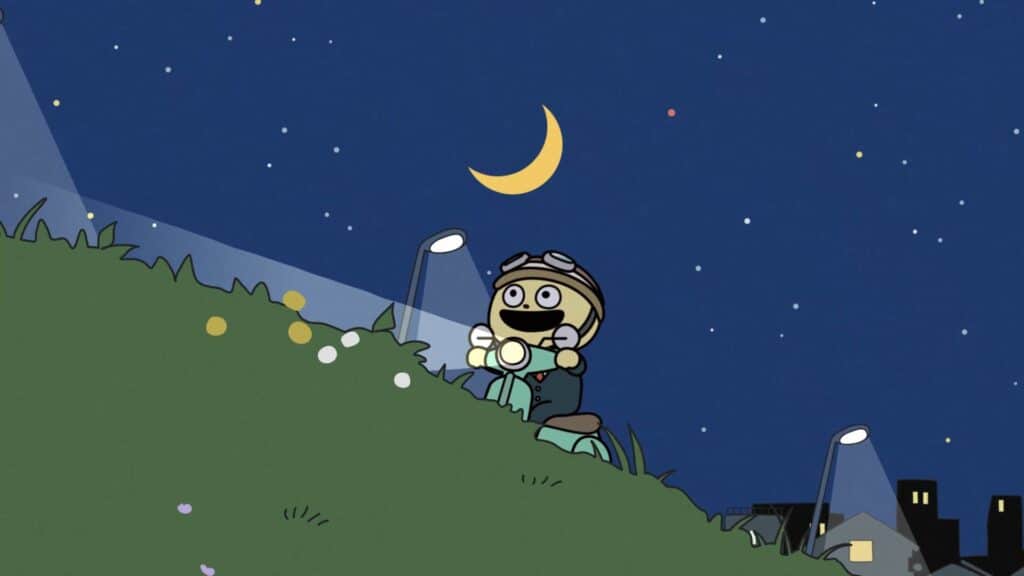 M: It would be lovely if you could send an explanation to the overseas fans through an English tweet or something!

Eh? You’re putting me on the spot here! [laughs]. But maybe I can think about it some more or have someone translate what I come up with.

DISCLAIMER: All the images in this article were used with the permission of KADOKAWA. Thank you for always being cool, KADOKAWA.

Remember that we’ve done other interviews for titles like Wandering Witch and Deca-Dence. Be sure to check them out!.