JUMP Festa [All You Need To Know] 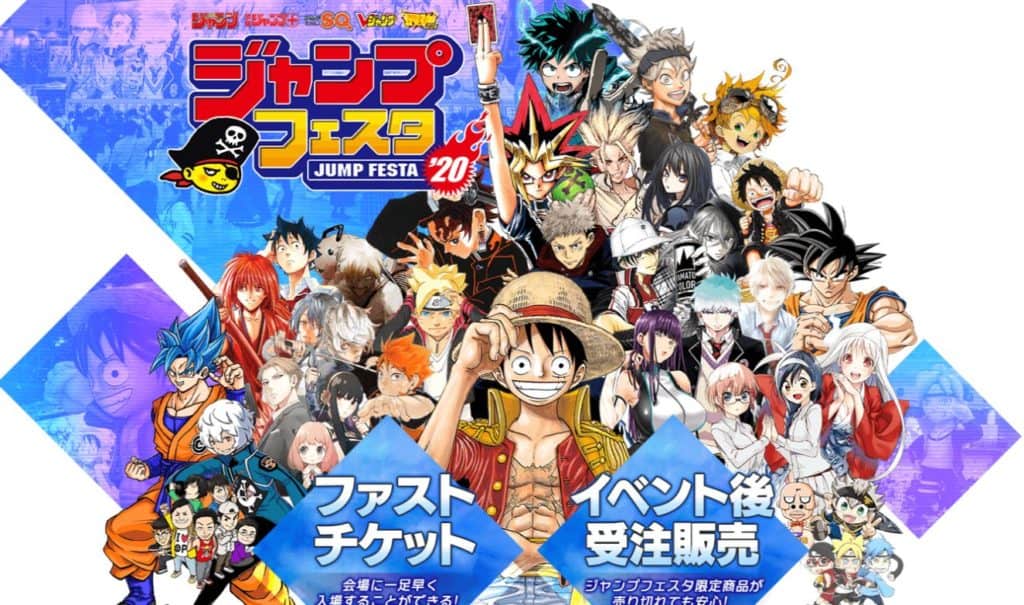 Are you a fan of Naruto, Black Clover, Demon Slayer (Kimetsu No Yaiba) and other shonen shows?

If you’re visiting JUMP Festa for the first time, or even second time, this guide has everything you need to know to get the most out of your visit.

Special thanks to my friend Tim for writing this superb article. Thanks Tim, you’re awesome!

What is Jump Festa?

Jump Festa is a yearly, 2-day anime and manga convention that takes place in December. The event is sponsored by Shueisha, the publisher for everything Jump. The event has a very large focus on Jump properties, showing off new manga, anime, movies, games and of course, merch. 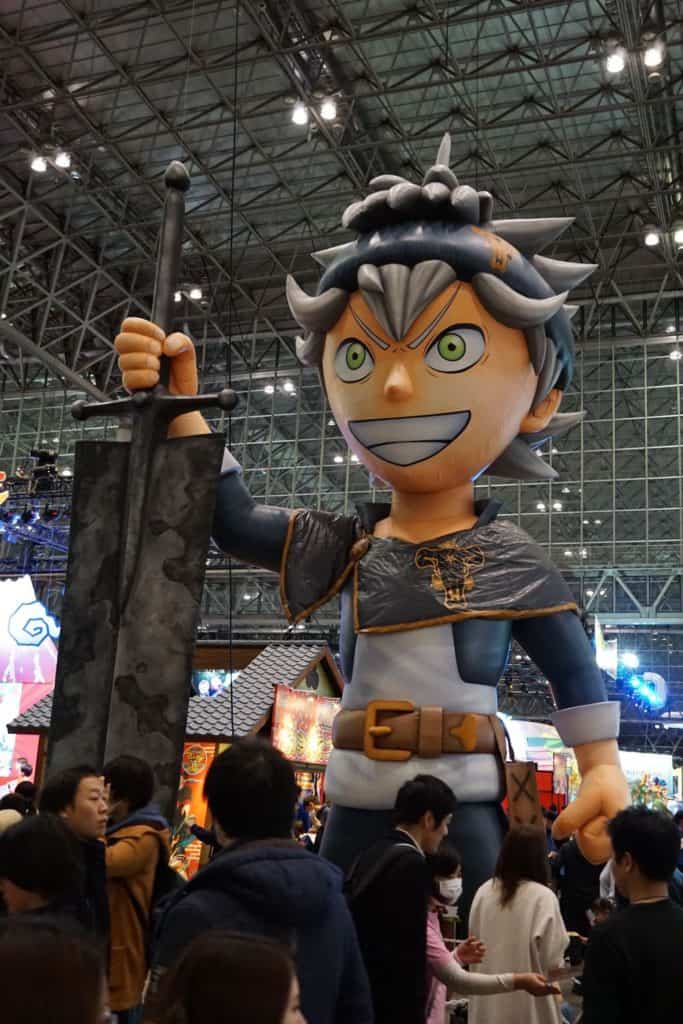 Interestingly, some of the video game companies will show off non-Jump related titles as well, but I would estimate about 85%-90% is Jump- related. 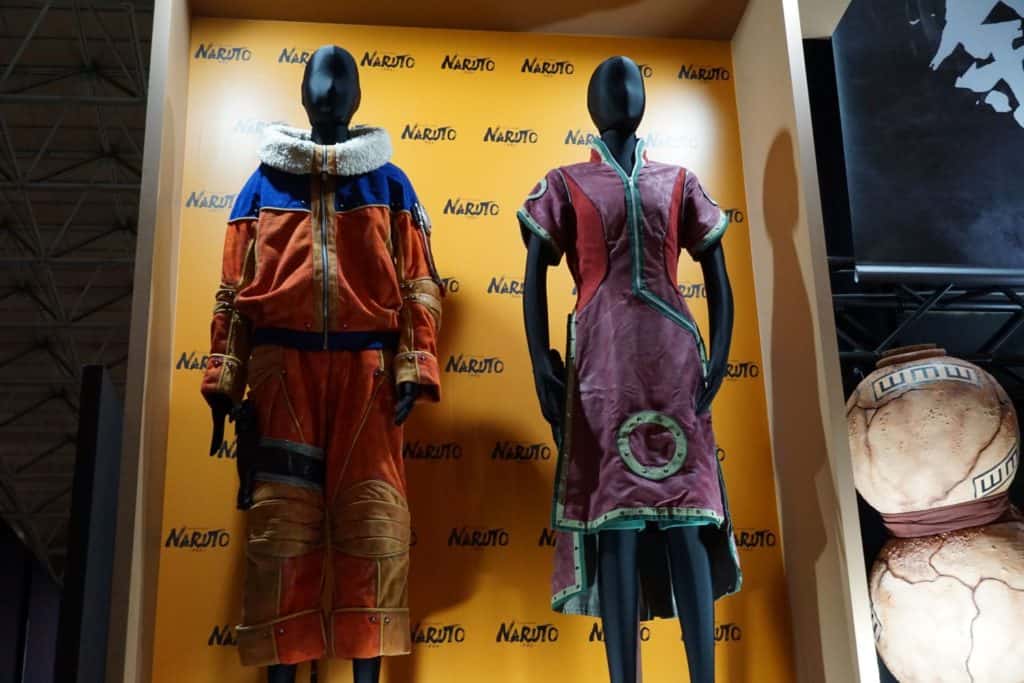 Some of the larger vendors that attend are:

Exclusive Jump Festa merchandise are also available to purchase, in addition to some early release items and general character goods. 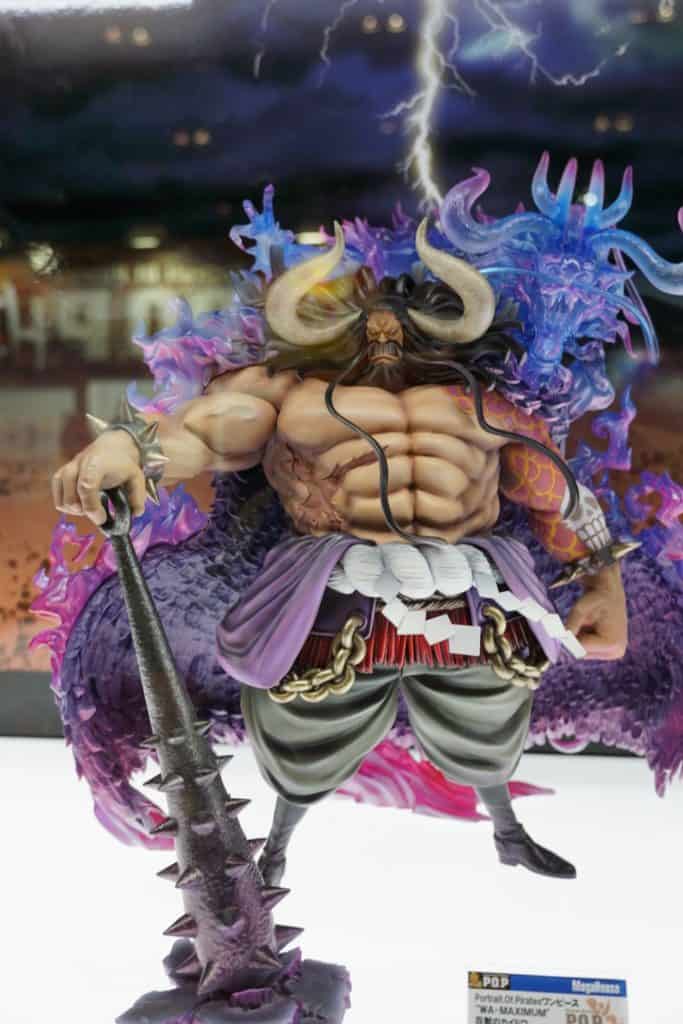 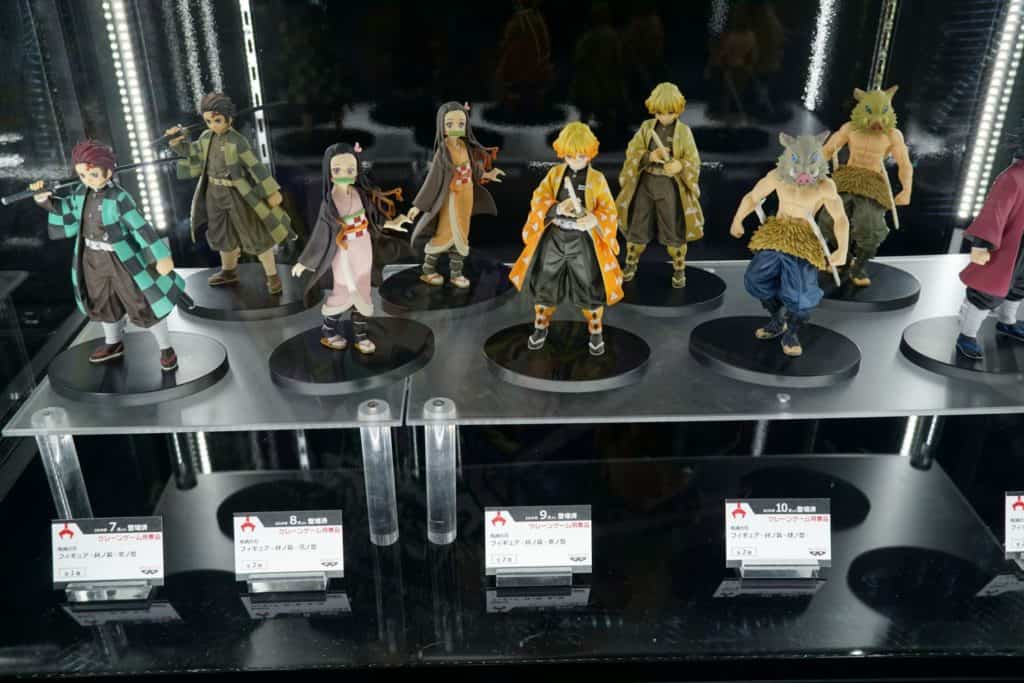 Moreover, they have various panels and shows both on the main stage and at the smaller vendor booths. Voice actors from various shows have made appearances, anime previews were shown, and Konami had a very large area exclusively to show off Yu-Gi-Oh! Cards. 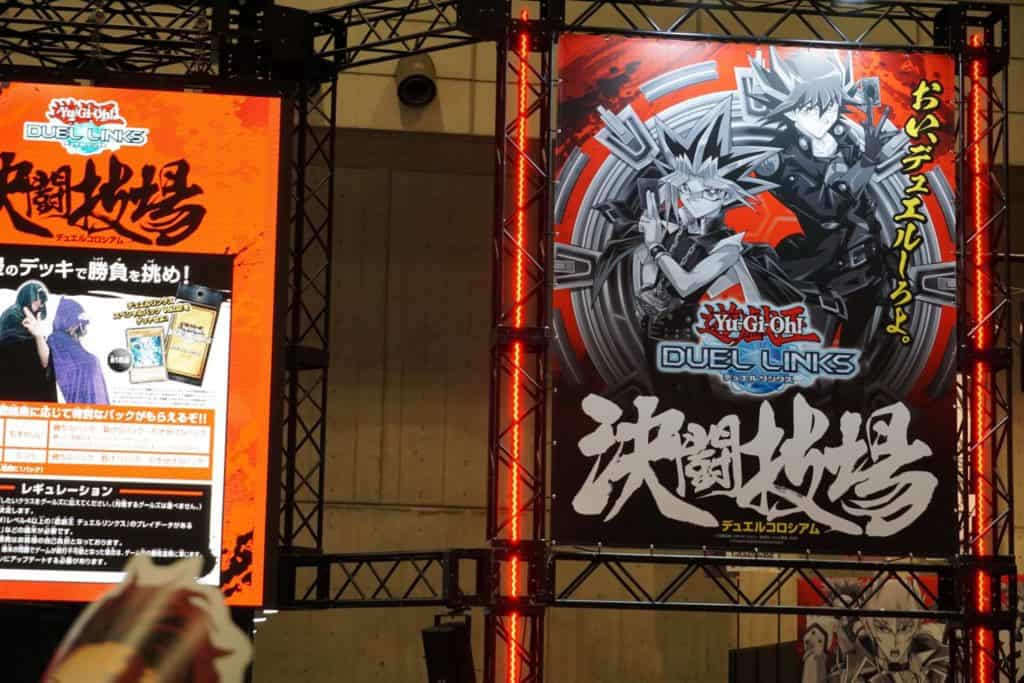 At the Dragon Ball area, performers sang and danced to some of the songs from the anime series.

When is JUMP Festa being held?

It’s held every December. The next event will be held somewhere between the 18th and 27th of December 2020.

Although, the official date for 2020 hasn’t been announced yet. 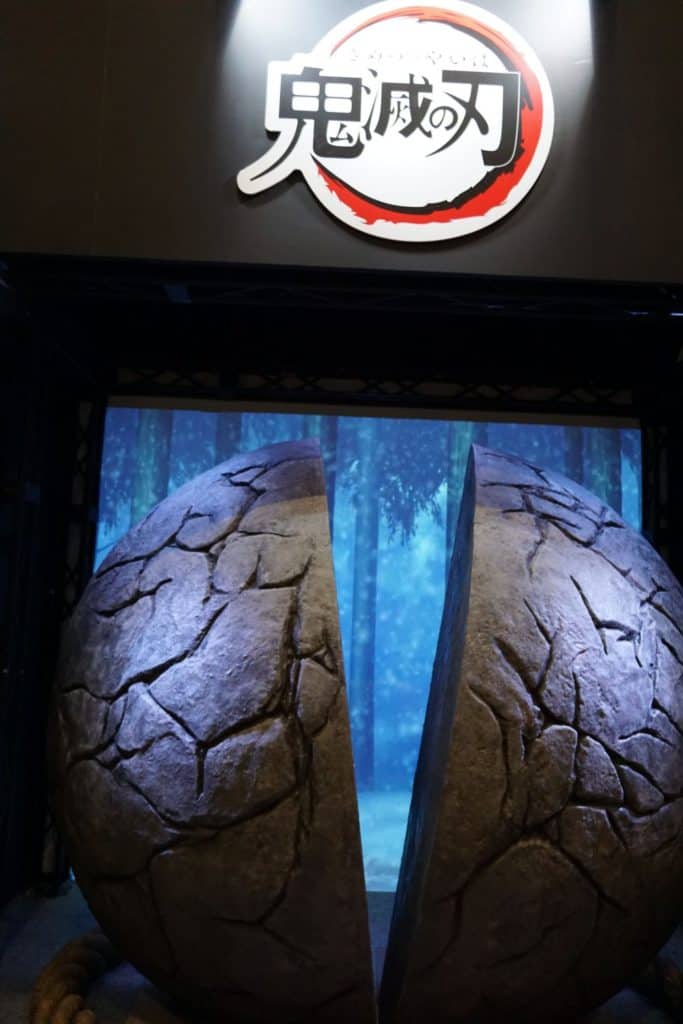 Tickets are not needed for this event; it is free!

All you have to do is arrive at Makuhari Messe and follow the signs featuring Kaizo-kun, Jump Festa’s mascot. 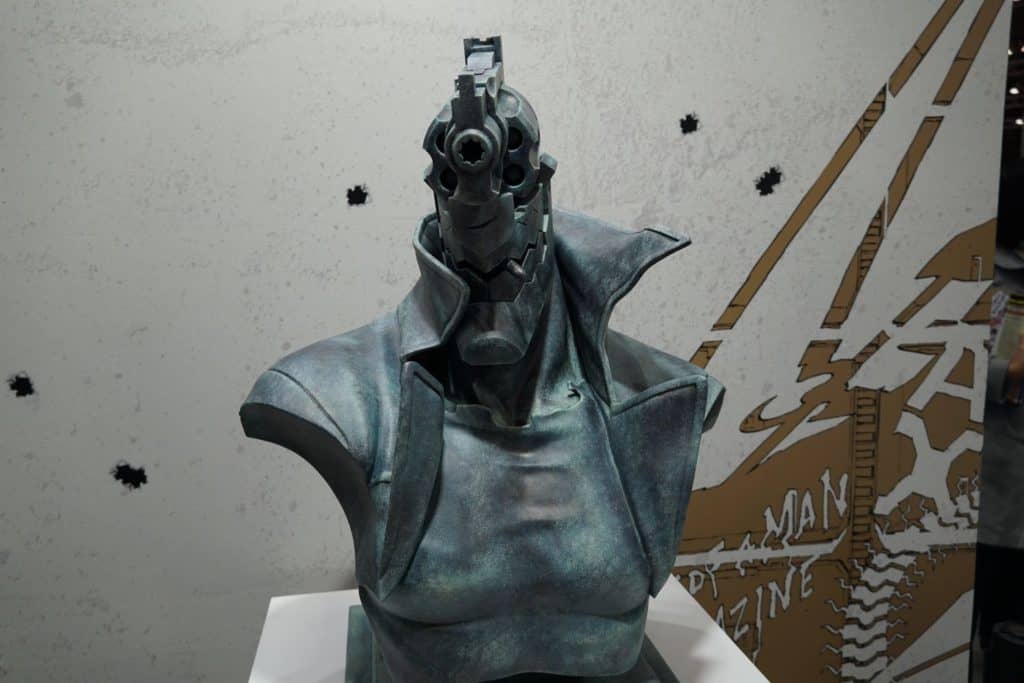 What day should I go?

You should check Jump Festa’s website to see if there is any panel or event you are interested in.

If there is nothing in particular you must see, either day is equally good. 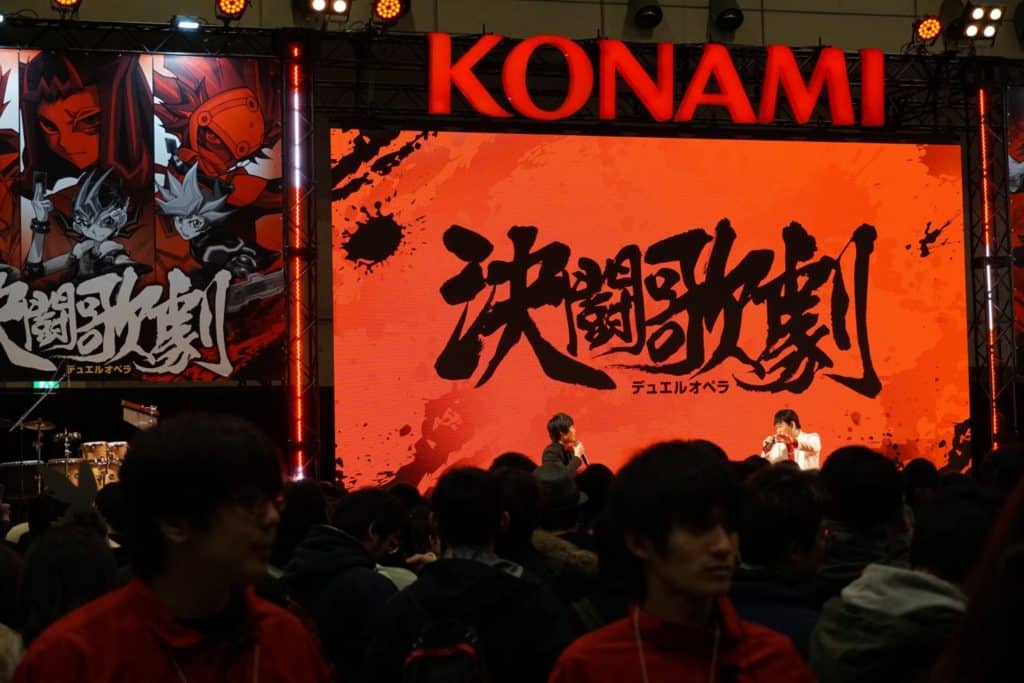 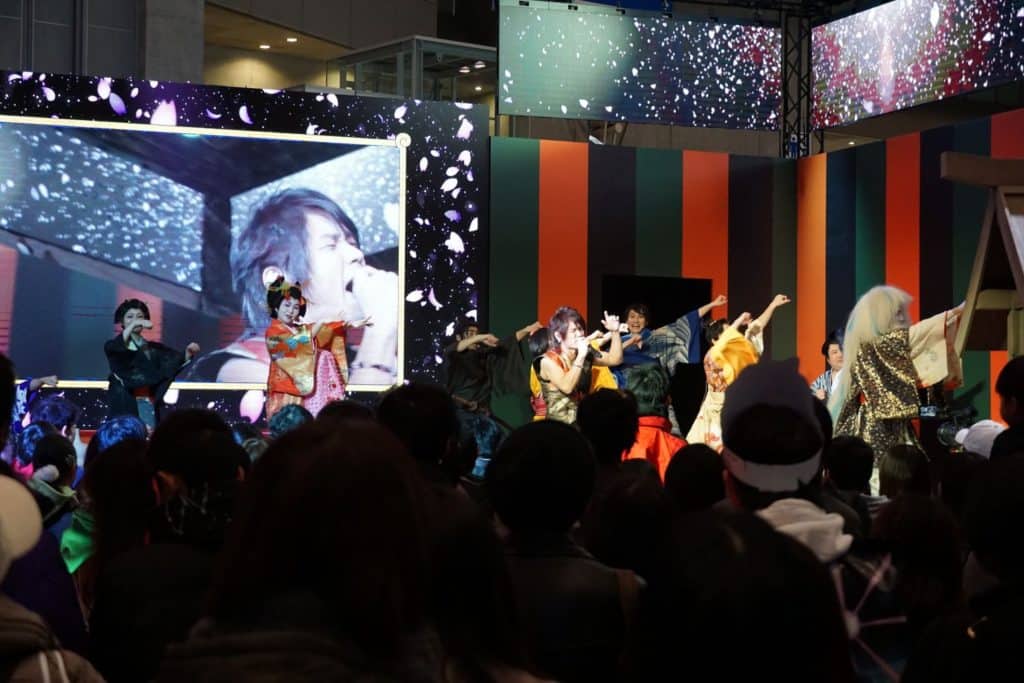 You should be able to do most things at Jump Festa in one day but if you have several panels/events you would like to see, then both days may be necessary to experience everything.

If you arrive early, expect long lines over an hour to get into the venue.

If you arrive around 11am-12pm, there will be a very short (if any) line to enter. Inside the venue most of the lines are under 30 minutes but there were occasional lines with a 45-60+min long wait time. 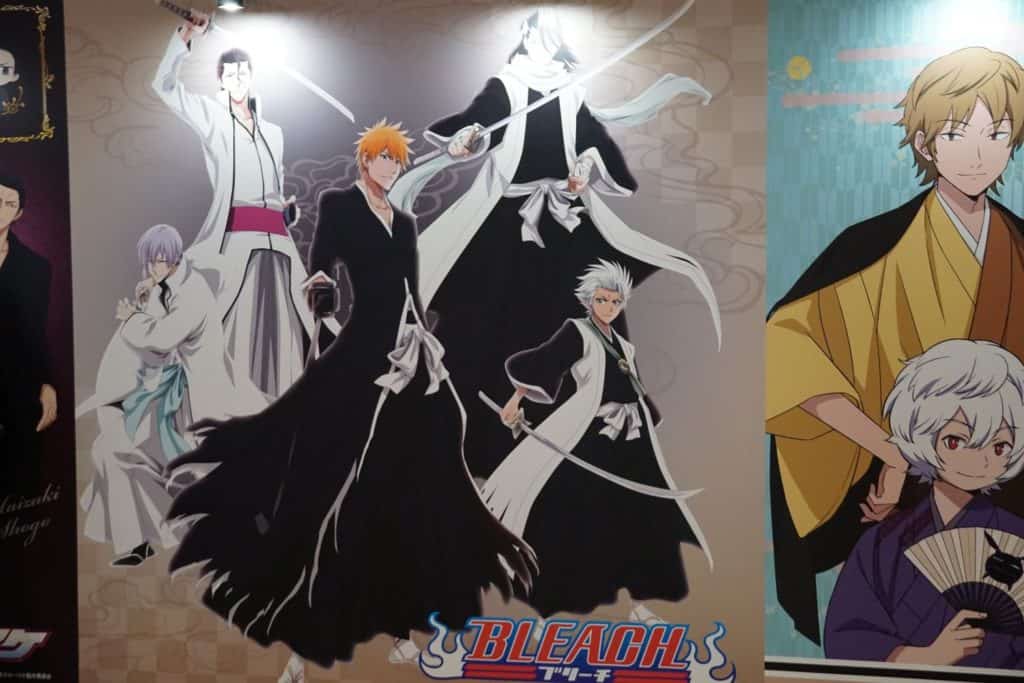 In my experience, lines for some popular merch were long, so if there is a specific item you want to buy, I would recommend arriving early. Some of the popular shops (like Aniplex) even handed out tickets with a time to come back to line up to buy merchandise. 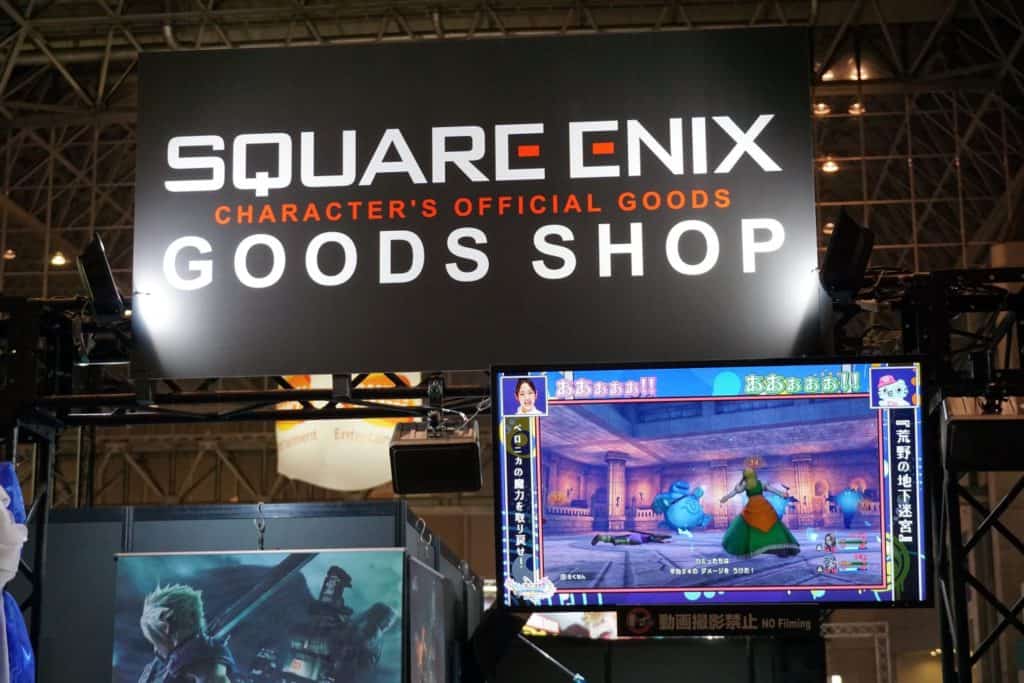 Once all of those tickets have been handed out, you will be unable to purchase from that shop. For main stage events, I would recommend lining up at least 45min-1 hour before the event if you want a decent spot.

The reason is the main stage area does fill up fast and visibility from the back is not great. 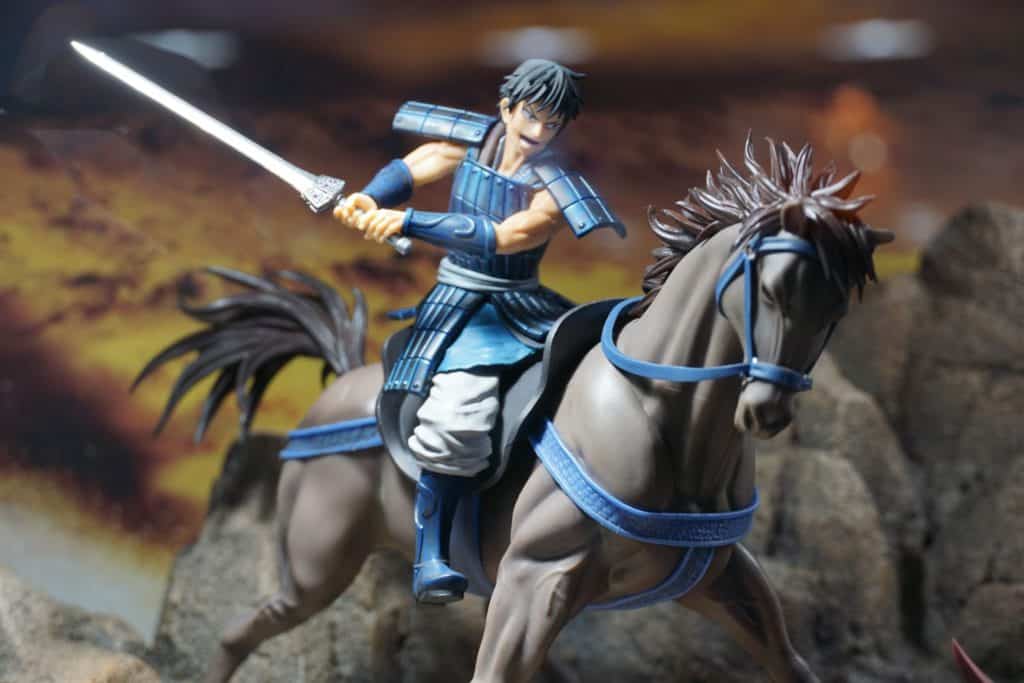 It is also possible to go, enjoy the day and not spend any money too. 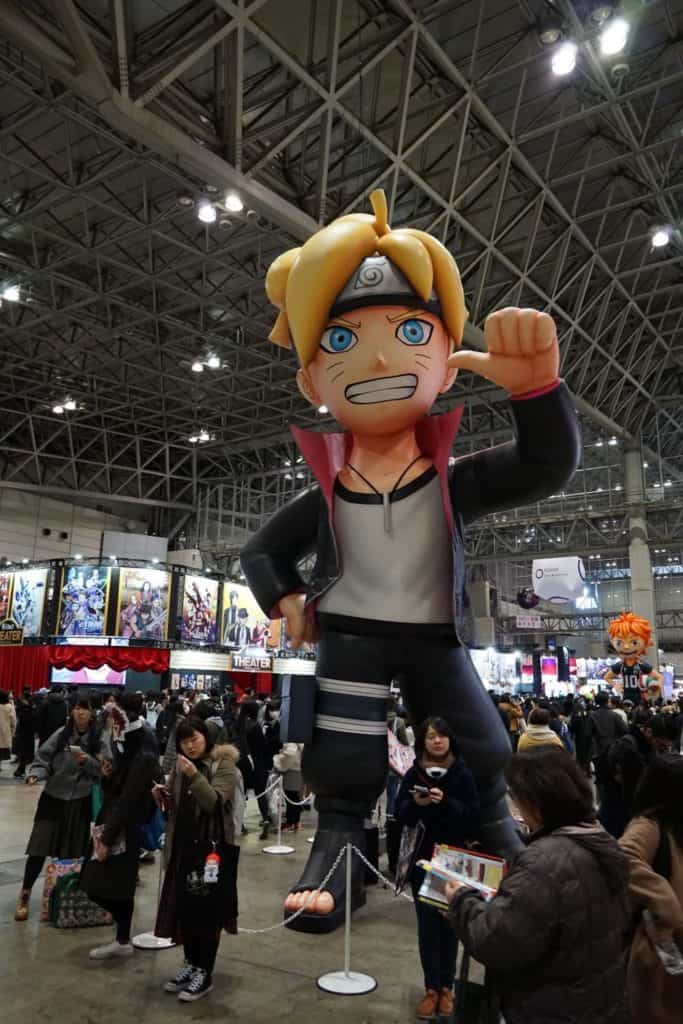 Where can I buy food or drinks?

If you get hungry, the venue has a small food area which will cost around 1,000 – 1,500 yen for lunch with a drink (you are not allowed to bring drinks into the venue). 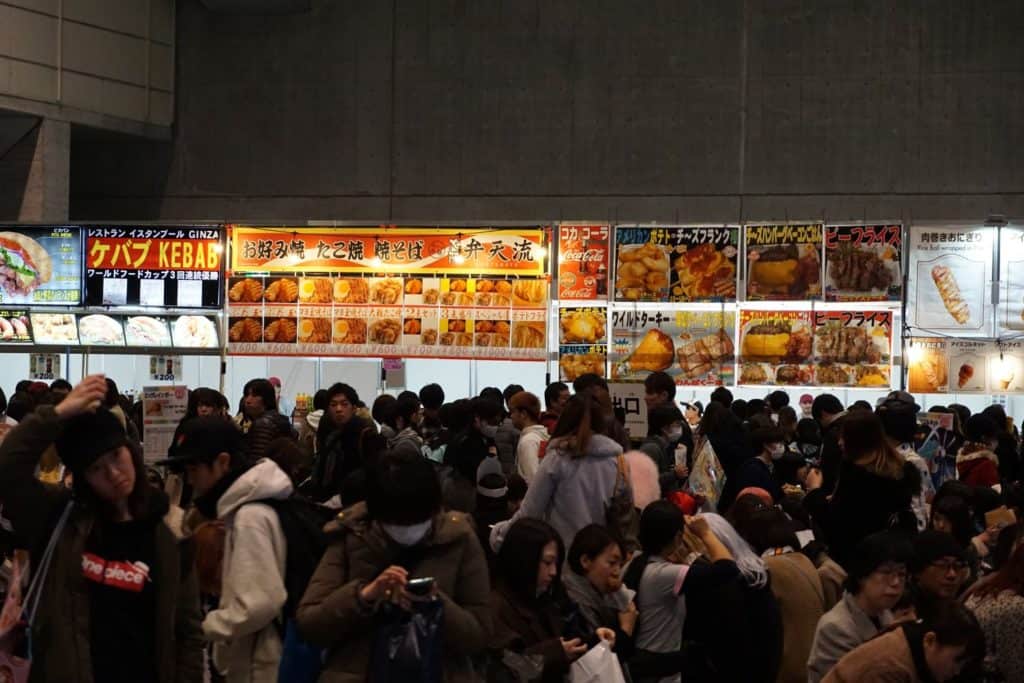 Cheaper food options exist outside the venue, but if you have dietary restrictions, you may have to leave and come back. 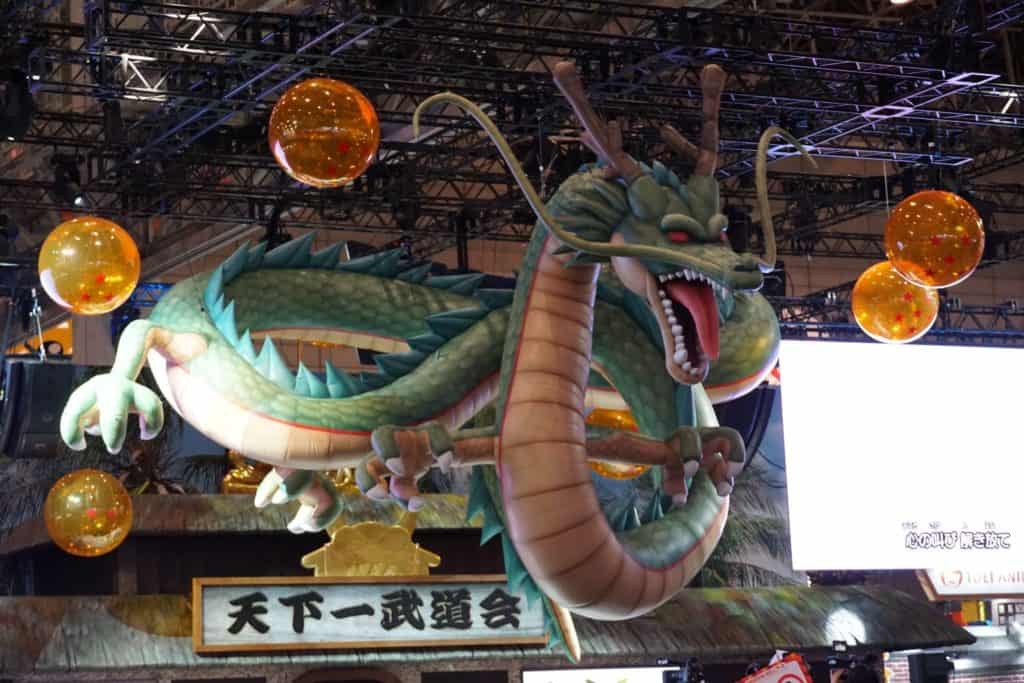 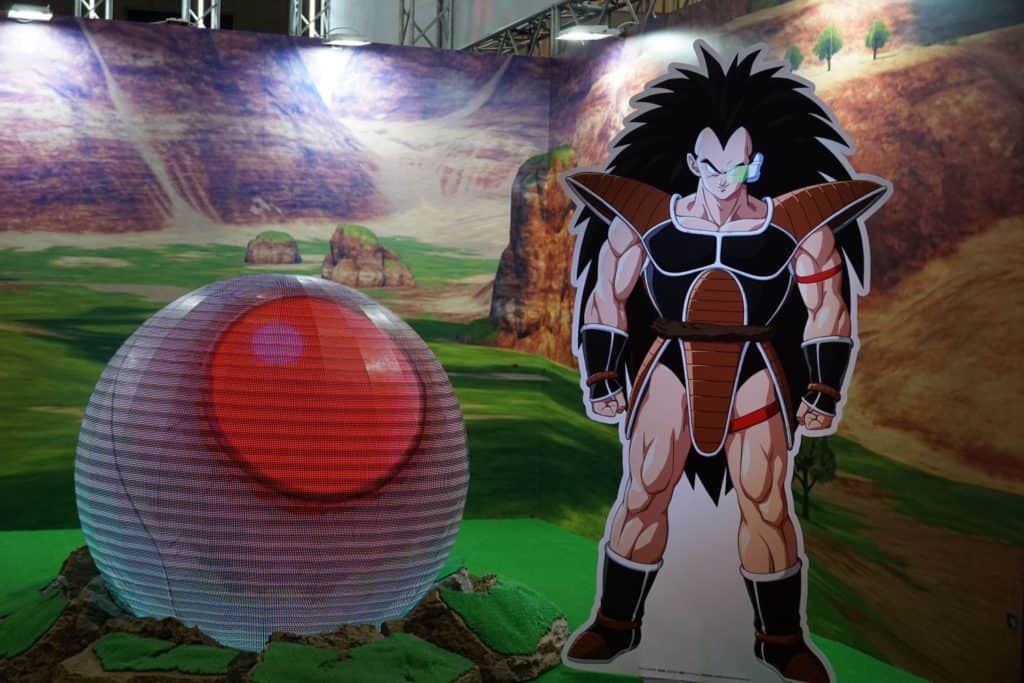 Before going to the event, if you do not live in Japan, I would recommend creating a new Gmail account and setting the region to Japan. Some of the free goodies require doing something first, like following the official twitter account or downloading an app (which is region locked).

This is an excellent, FREE event with something for everyone! 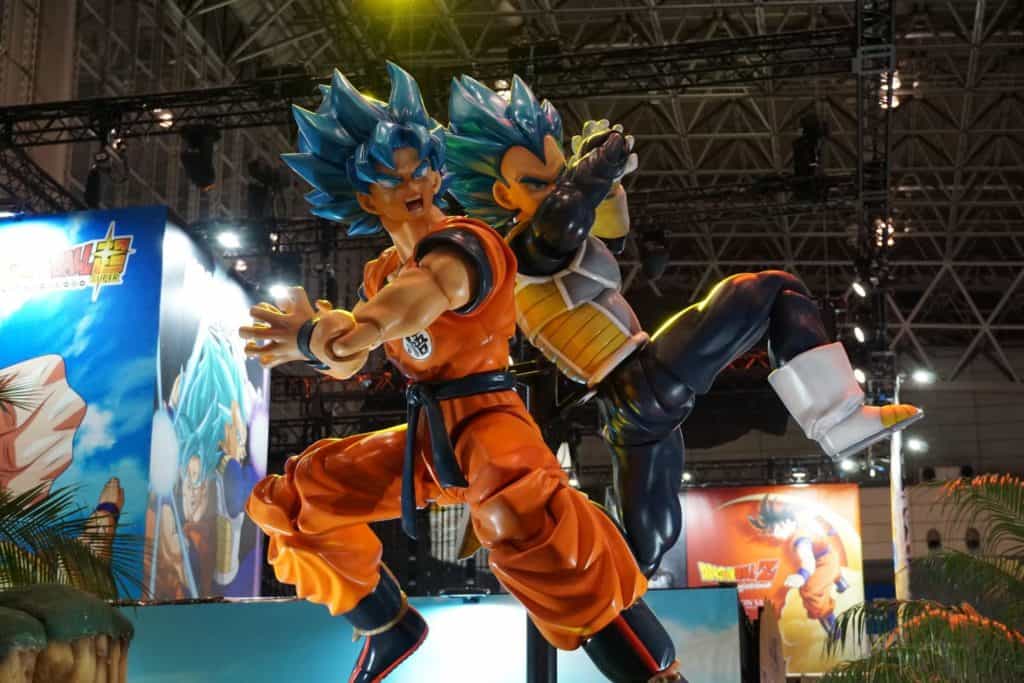 The panels/shows and events are entertaining, even if you don’t know anything about the series and have limited Japanese speaking abilities.

The lines are short enough that you can actually experience a lot of different things.

Also, there were several video game demos available to be played for consoles, smart phones, arcades and even pachinko. They even had a theater which played some episodes from different anime shows as well. 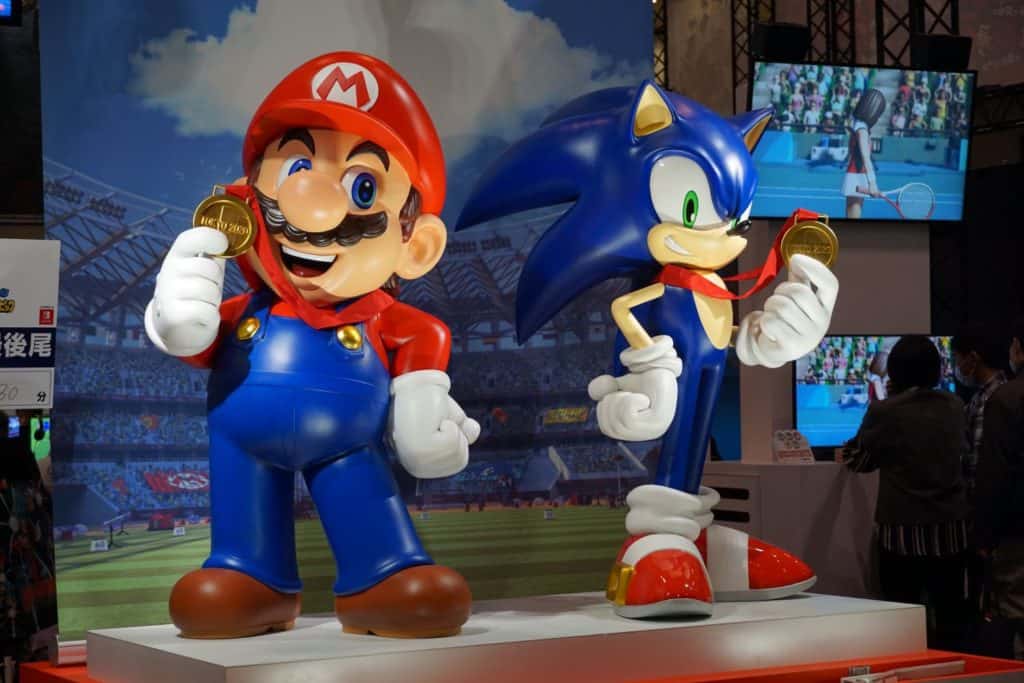 The Konami booth had people playing Yu-Gi-Oh! and they had staff who could show you how to play (Japanese language only). 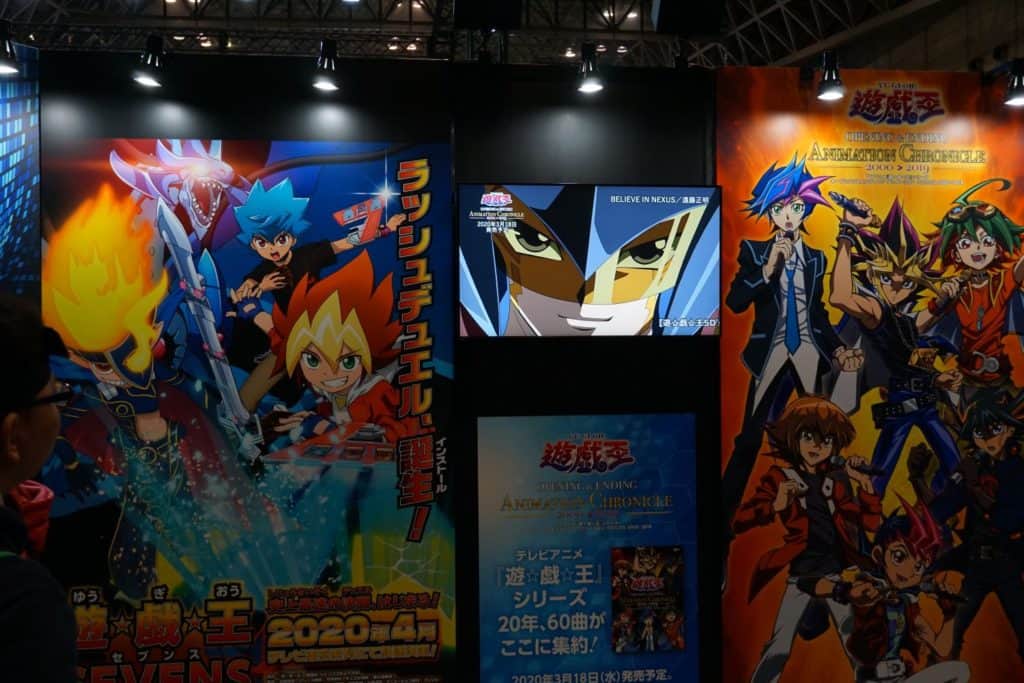 There was also a general card game play area next to the venue where you could play with friends or random people you meet there.

Surprisingly though, they had a quiet area where you can sit and read manga provided by the event (again, Japanese language only).

Additionally, they had a ton of artwork on display from various artists, and throughout the venue there was statues and balloons featuring Jump characters. 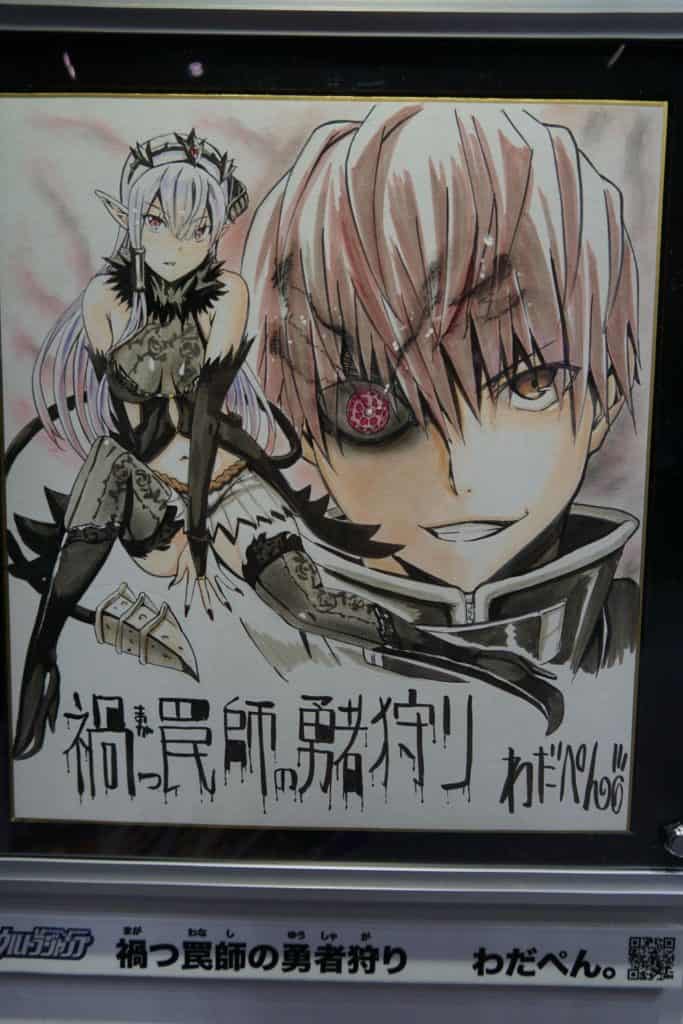 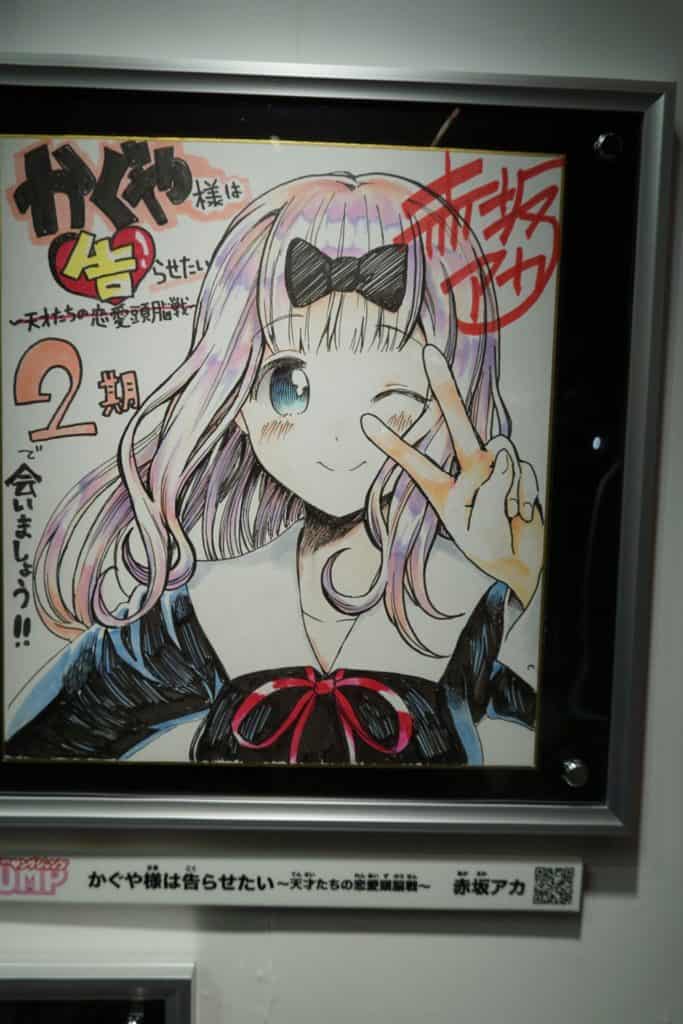 Some of the booths also featured cosplay or provided a special area for attendees to take photos. (Note: there is no changing room at the venue if you wish to cosplay.)

World Trigger had a section where you could try on the jacket and snap a picture in front of cardboard cut outs. Square Enix had the FF7 motorcycle you could sit on and take a photo. 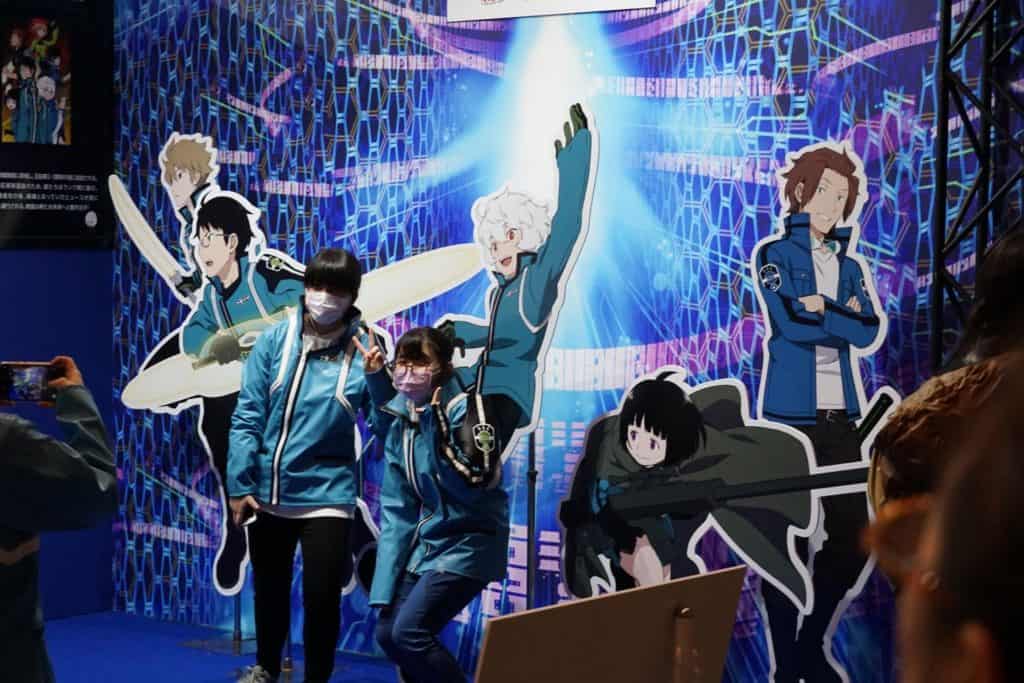 They also had several figures on display including previews of upcoming releases! 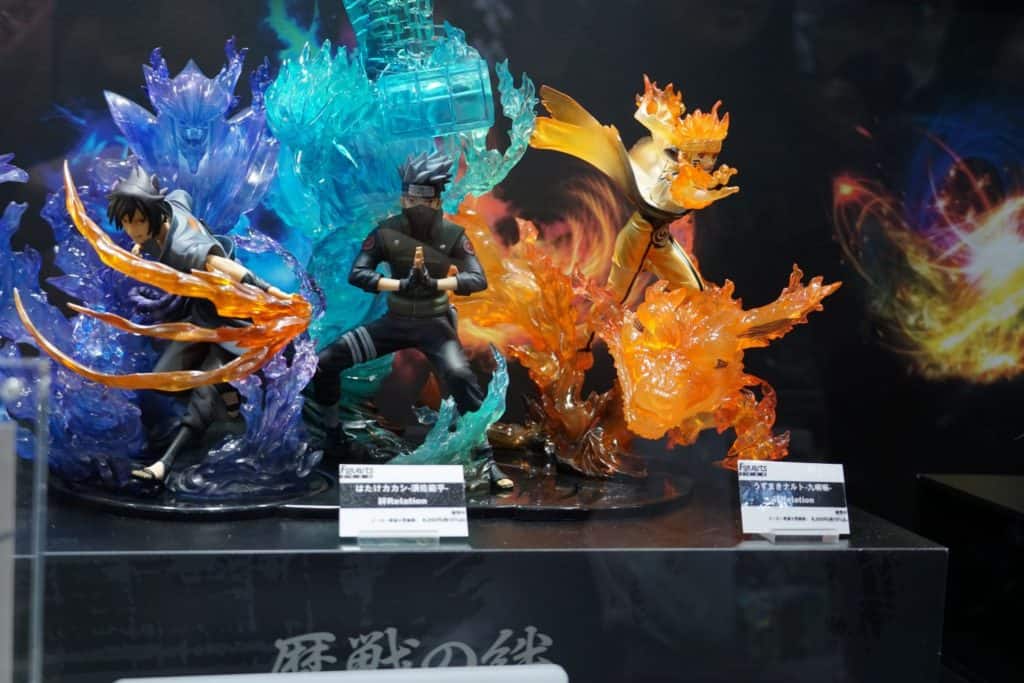 Banpresto was holding a contest where you go to vote on your favorite figure from Dragon Ball, My Hero Academia and One Piece. They had four figures on display and a tablet to vote on the best.

After voting you got a chance to win a prize. And as a result, the winning figure will go on to become an official released product.

In truth, I do not think this event is worth planning a trip to Japan to attend, but if you are here when its being held you won’t be disappointed.