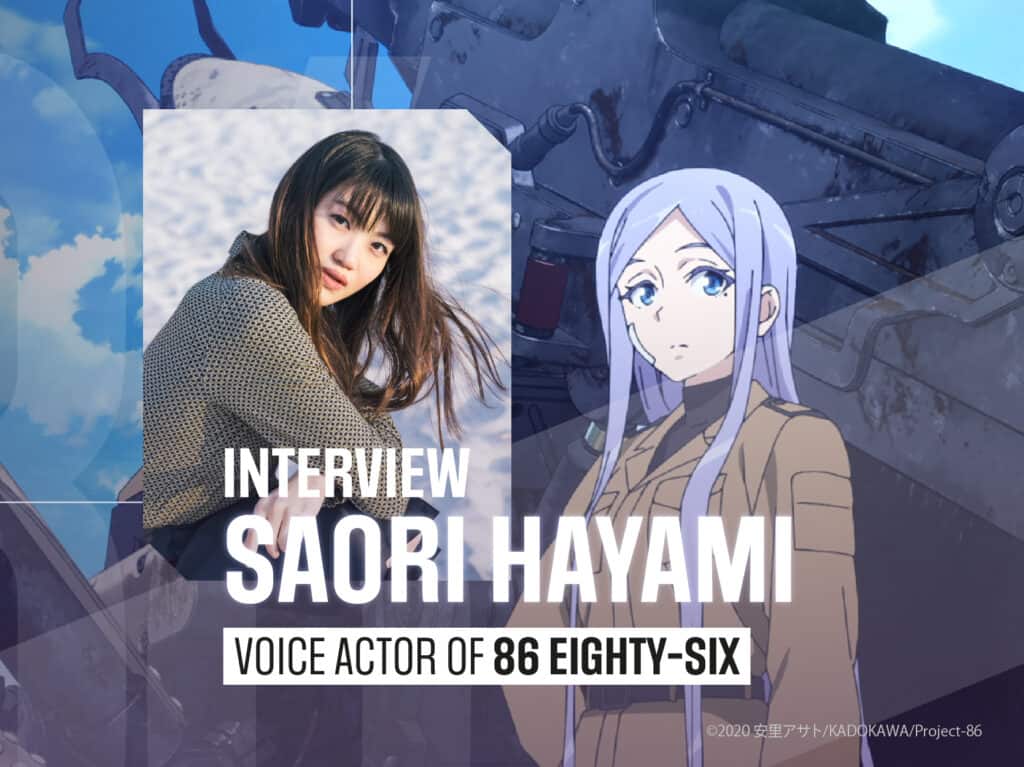 This is our first time interviewing a seiyuu (voice actor/actress), and it’s with none other than the talented and famous Saori Hayami!

Hayami-san is one of the most popular seiyuus working today.

This time, we had the chance to do a written interview with her regarding her role as Anju Emma in the popular anime “86-Eighty Six-”

What were your first impressions of the plot of 86?

“This is a battlefield, but there are no dead here.”

The meaning behind those words had a major impact on me.

The unforgiving world that the boys and girls of Eighty Six find themselves in, juxtaposed with the scenes of peaceful everyday life, made for a stark contrast that really spurs the imagination. 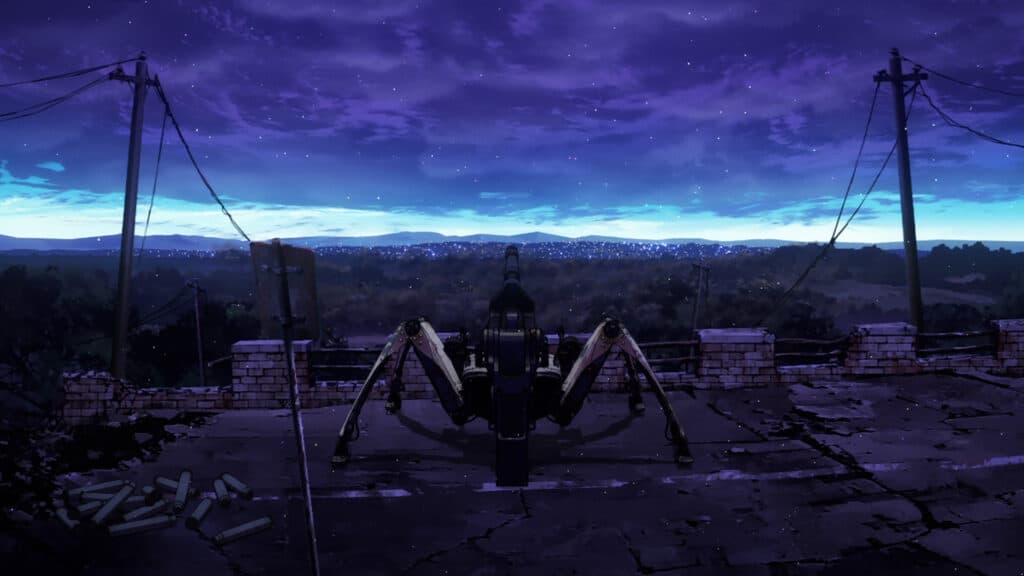 When taking on the role of Anju Emma, were there any specific requests or suggestions for playing the character from Asato-sensei or production staff such as the director?

I essentially kept the same voice I used when I auditioned for the role and would receive detailed directions during the recording process.

For example, there were many times when the flow of a conversation or the choice of words might have been too serious.

In such cases, I’d be told it’s OK to be more casual or lighthearted.

Life on the battlefield is simply normal to the protagonists, so I had to learn to avoid injecting unnecessary tension into the scenes. 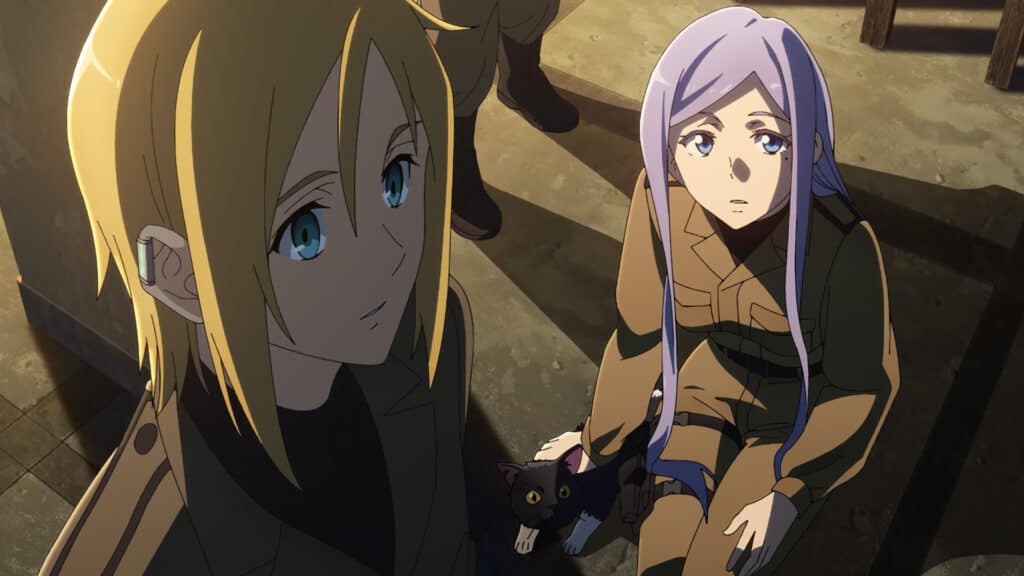 What was the recording process like? How have things changed amid the COVID-19 pandemic?

Each recording session had its own time slot and would be held with a minimum number of people.

I’d start with a few test takes for my lines, get feedback from the sound technicians, then do the recording and any re-takes if needed. 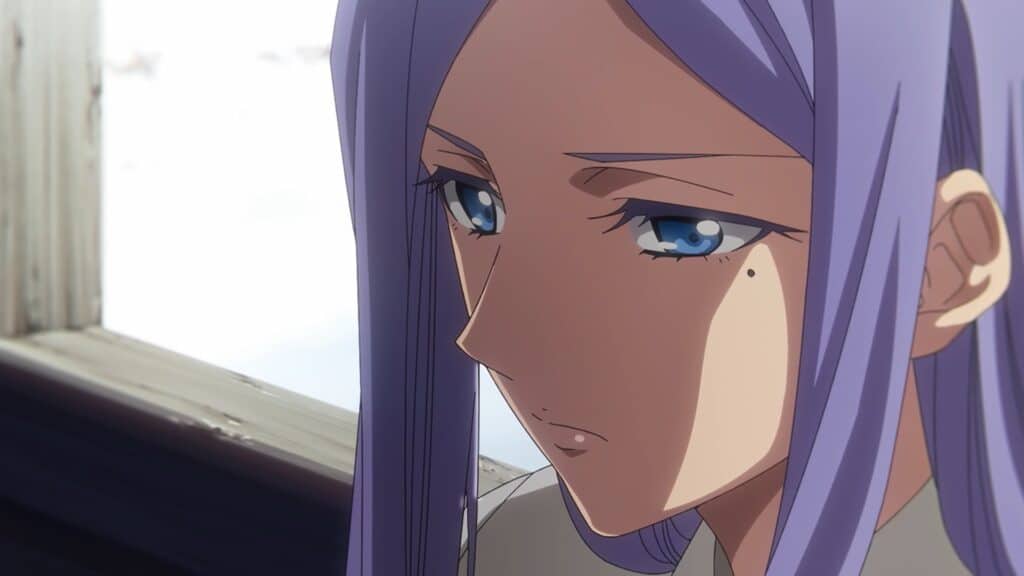 Do you have any fun anecdotes from your time in the studio?

The studio had a resident dog, and we were all absolutely in love with it!

I’d also bump into my fellow voice actors from time to time. Even if we couldn’t be in the studio together, it was nice being able to chat and catch up for a bit. 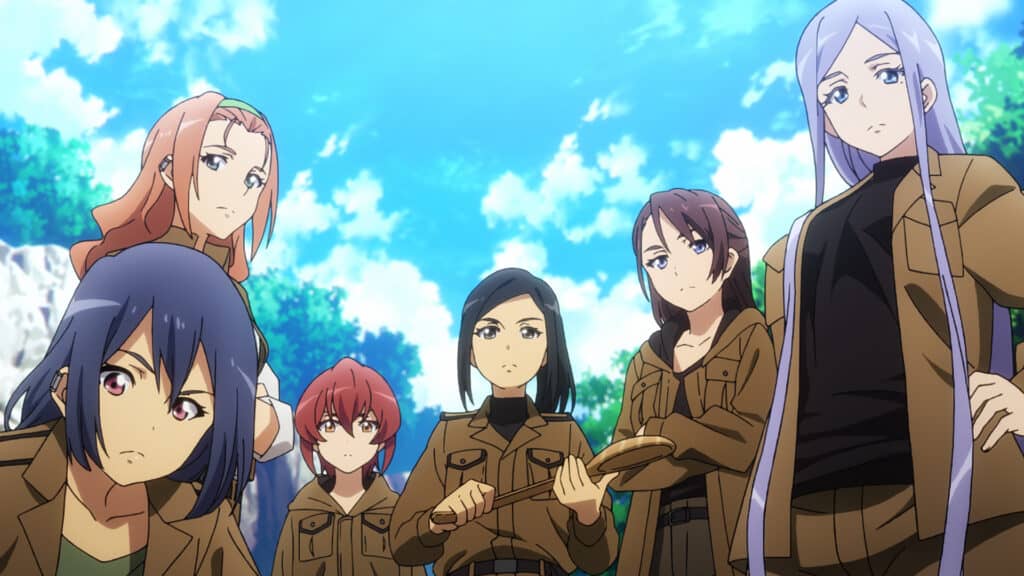 What sort of pre-recording preparations did you do when voicing Anju Emma?

Anju is the reliable “onee-san” type, but I tried not to lean too heavily on that. Instead, I focused on how I could project smooth and relaxed energy.

I didn’t decide on much ahead of time but rather chose to value whatever was born organically at the moment. 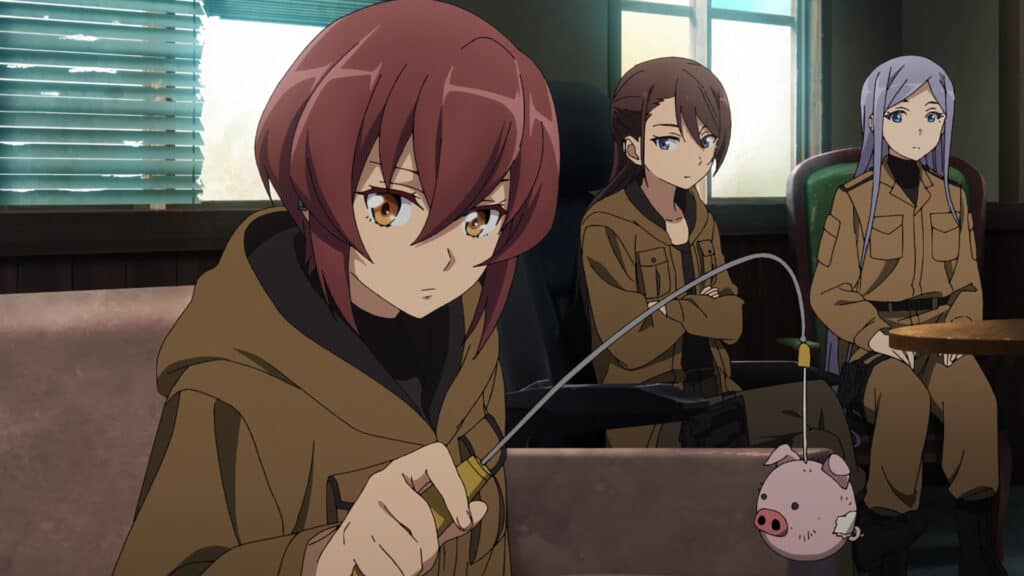 What was different about playing the role of Anju compared with characters you’ve played previously?

No two scenes or situations are the same, so it’s inevitable that things will be different each time.

I keep that in mind with every scene and line of dialogue that I record.

What was the most difficult part about voicing Anju?

Many of the scenes in which Anju does a lot of speaking are very emotional, and her lines are often very powerful and hard-hitting.

It’s very tough to nail the right breathing timing, pauses, emotions, and so on in one take, so the role required a lot of tension and concentration.

In your opinion, what kind of person is Anju?  Does she resemble your own personality in any way?

I feel Anju is an elegant and strong person. Part of that is simply out of necessity given the setting, but she’s very graceful.

As for whether she resembles me, that’s a good question…

Maybe in the sense that we both have a slightly playful streak? 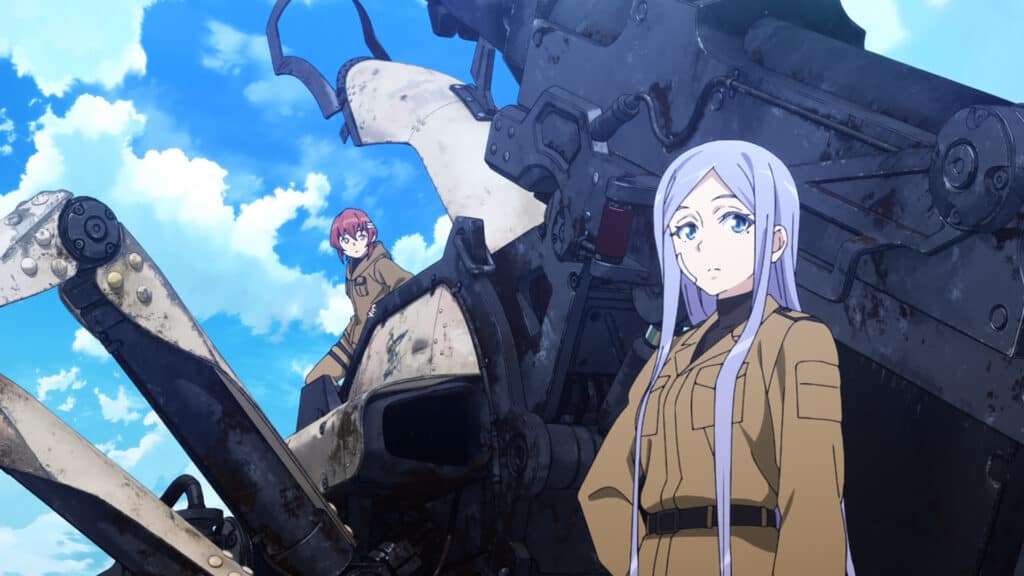 What scenes in the anime do you want fans to pay special attention to?

As for scenes involving Anju, I recommend the scene in episode 7 (around 12:00) where she’s talking with Kurena in the showers. 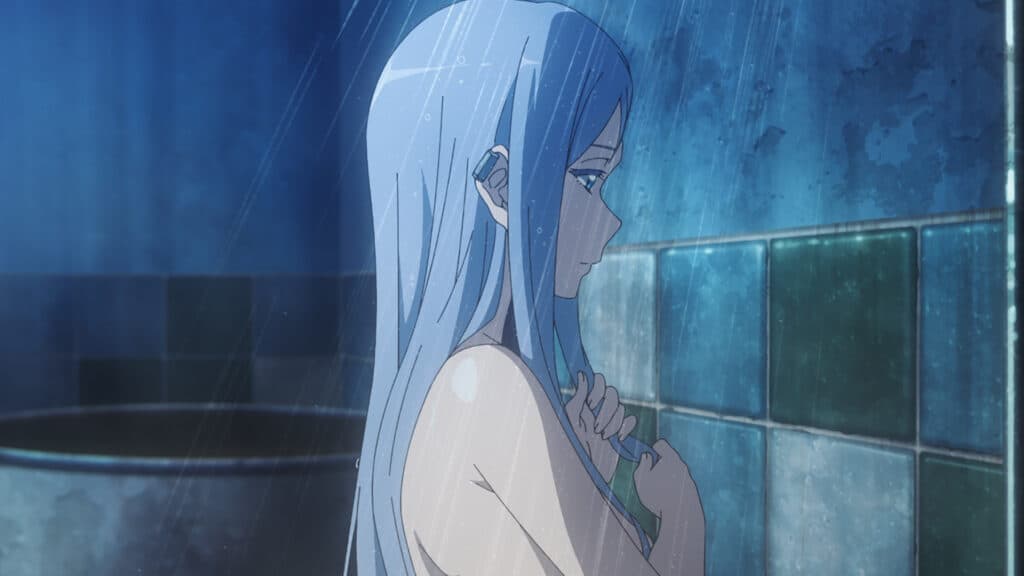 Finally, do you have any words for your fans or comments about the anime’s second cour?

Remember the emotions you felt in the first cour and head right into the second! 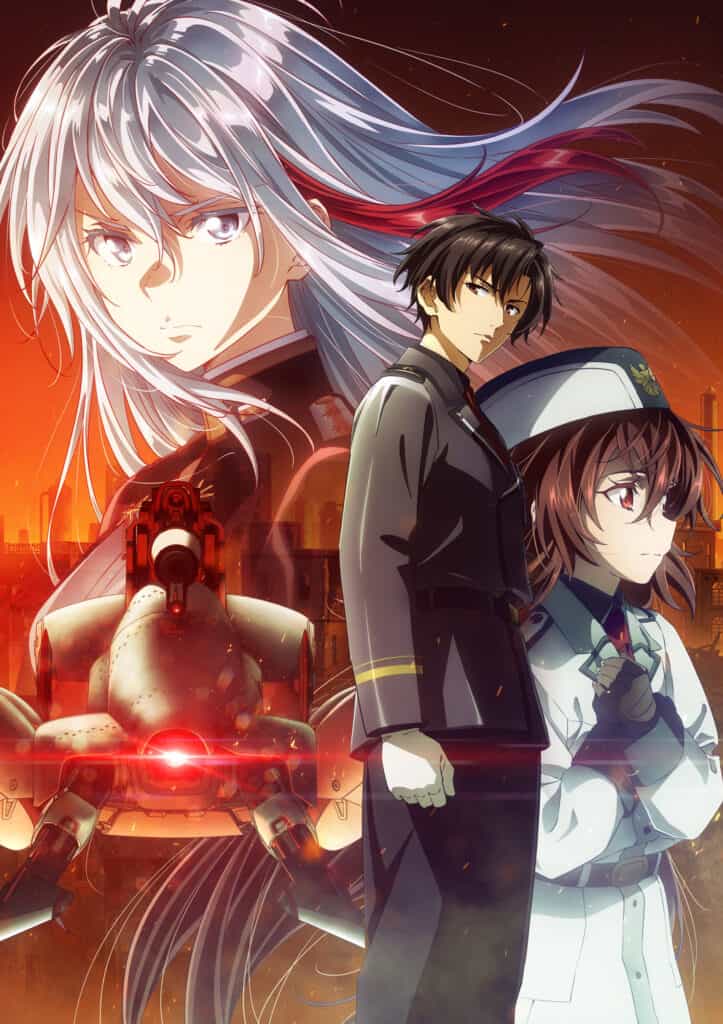 As the story progresses, pay close attention as the Eighty-Sixes come to grips with their own existence while they struggle and search for a new path.

Thank you for your support and please look forward to the second cour!

If you’ve been following me on Twitter, you know that Hayami-san is one of my favorite seiyuus.

It was beyond an honor that we had the chance to interview her.

Remember that the second cour of 86 airs on October 2 and you don’t want to miss it, because it will be ​​🔥.

If you want to know more about the story, check out the interview that we did with Asato-sensei, the mastermind behind the original light novels.

Thank you again to Hayami-san, Aniplex, and everyone else that made this interview possible!

DISCLAIMER: All the images above were used with the permission of Aniplex. Thank you for always producing top-tier anime!